So here we go again – the Singapore Premier League (SPL) returns after a two-month hiatus, with the Lion City Sailors looking to pick up where they left off.

Despite the departure of Australian coach Aurelio Vidmar in May, the Sailors have continued their smooth navigation to the higher echelons of the league table and mounting a serious challenge for the SPL title. Before the league was halted, they went on an eight-match unbeaten run and are on a club-record streak of six straight wins.

Currently one point off the summit with 10 matches to go, the Sailors are primed for a huge second half of the season ahead.

Ahead of the highly-anticipated top-of-the-table clash against league leaders Albirex Niigata (S) on Friday night (23 July), here are five reasons for football fans to get excited about the resumption of SPL action. 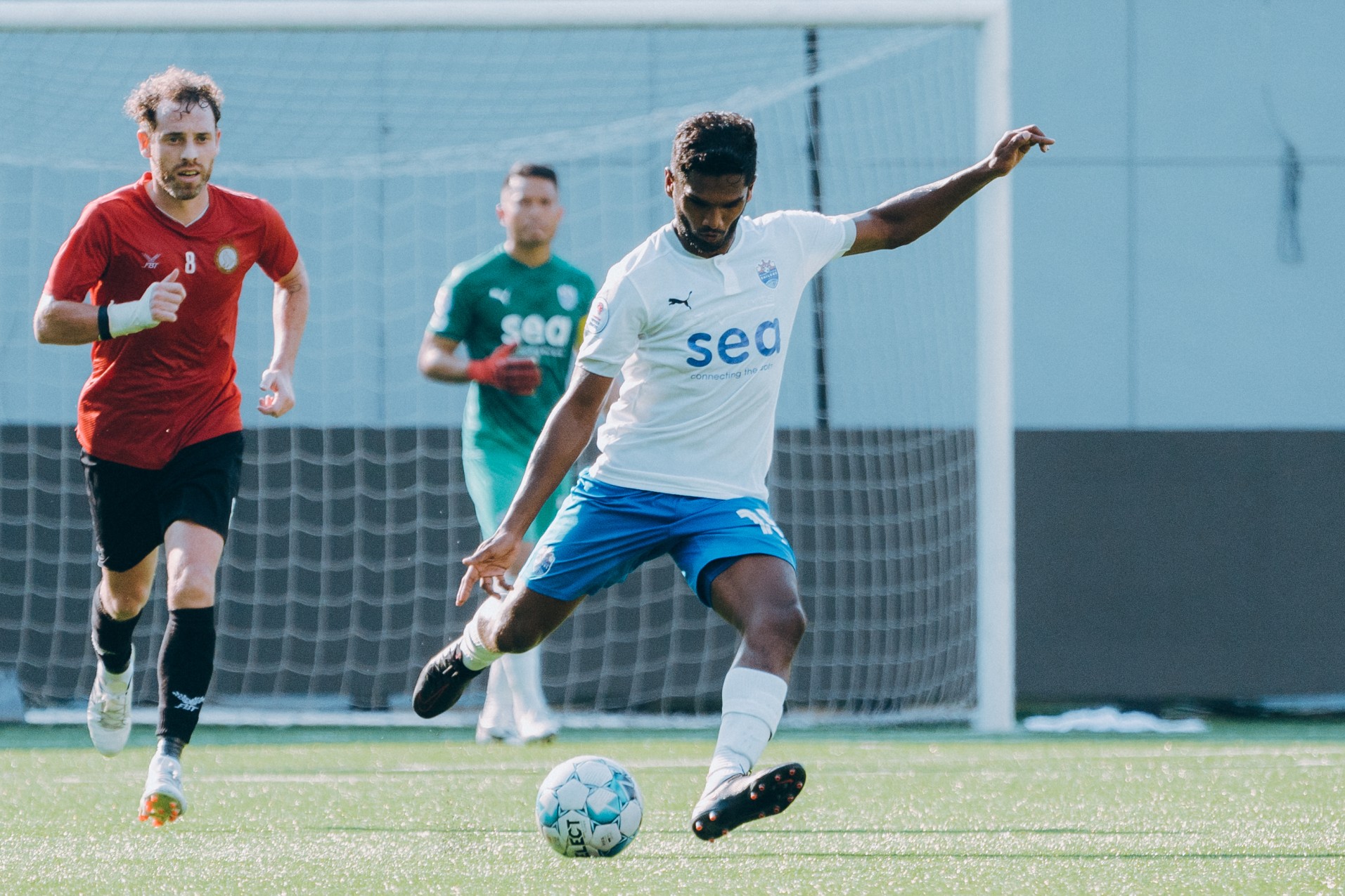 The signing of Singapore national team captain Hariss Harun on a three-and-a-half-year deal in May made the Singapore football fraternity stand up and take notice. It signaled the Sailors’ clear intention to dominate the domestic scene and create waves in the region.

A combative midfield enforcer who thrives on winning duels then encouraging his team into attack, Hariss brings some much-needed steel to the Sailors’ engine room. He is expected to complement the attacking sensibilities of teammates the likes of Shahdan Sulaiman, Saifullah Akbar and Diego Lopes.

His presence in the middle will help the Sailors’ wide array of attacking talent to cast off their shackles and give them the freedom to push forward in search of more goals. His leadership qualities should also rub off on the younger players, with many of them looking up to Hariss as a model professional.

2. Ushering in a new era under Kim Do-hoon 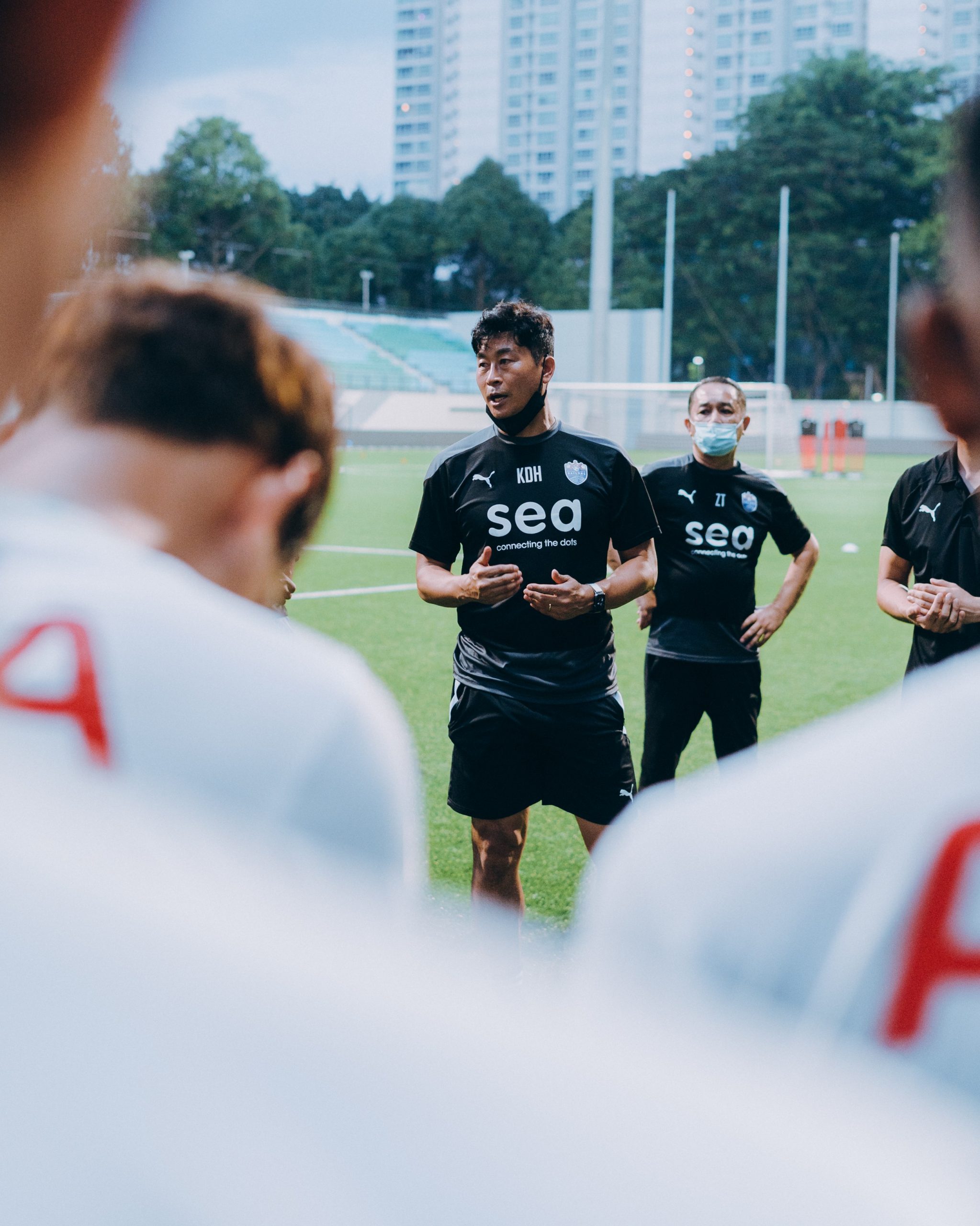 The signing of AFC Champions League (ACL)-winning tactician Kim Do-hoon on a two-and-a-half-year contract captured the imagination of the wider Singapore public. Kim’s pedigree and his track record of success in his native Korea mean there is little doubt that his signing was a massive coup for the Sailors.

Kim’s Ulsan Hyundai was well known for an attractive brand of attacking football complemented by defensive nous – and it is no surprise that he is looking to build up the Sailors in a similar mould. A strict trainer who places strong emphasis on discipline and fitness, Kim has wasted little time in laying down his philosophy.

Kim has been in charge for less than a month, but he has already recognised the way forward – he has emphasised the building of a solid foundation, grounded in team structure.

He is taking English lessons to improve communication with the Sailors, but that has not stopped him from moving to establish an interpersonal relationship with his players. Kim has made it a point to pull each player aside to discuss his expectations of them.

Kim’s rejection of lucrative offers from the Chinese Super League (CSL) and Japan’s J-League to join the Sailors is a testament to his commitment to the cause and his confidence in driving the club towards the lofty target of becoming one of the best clubs in Asia.

3. A healthy competition for places 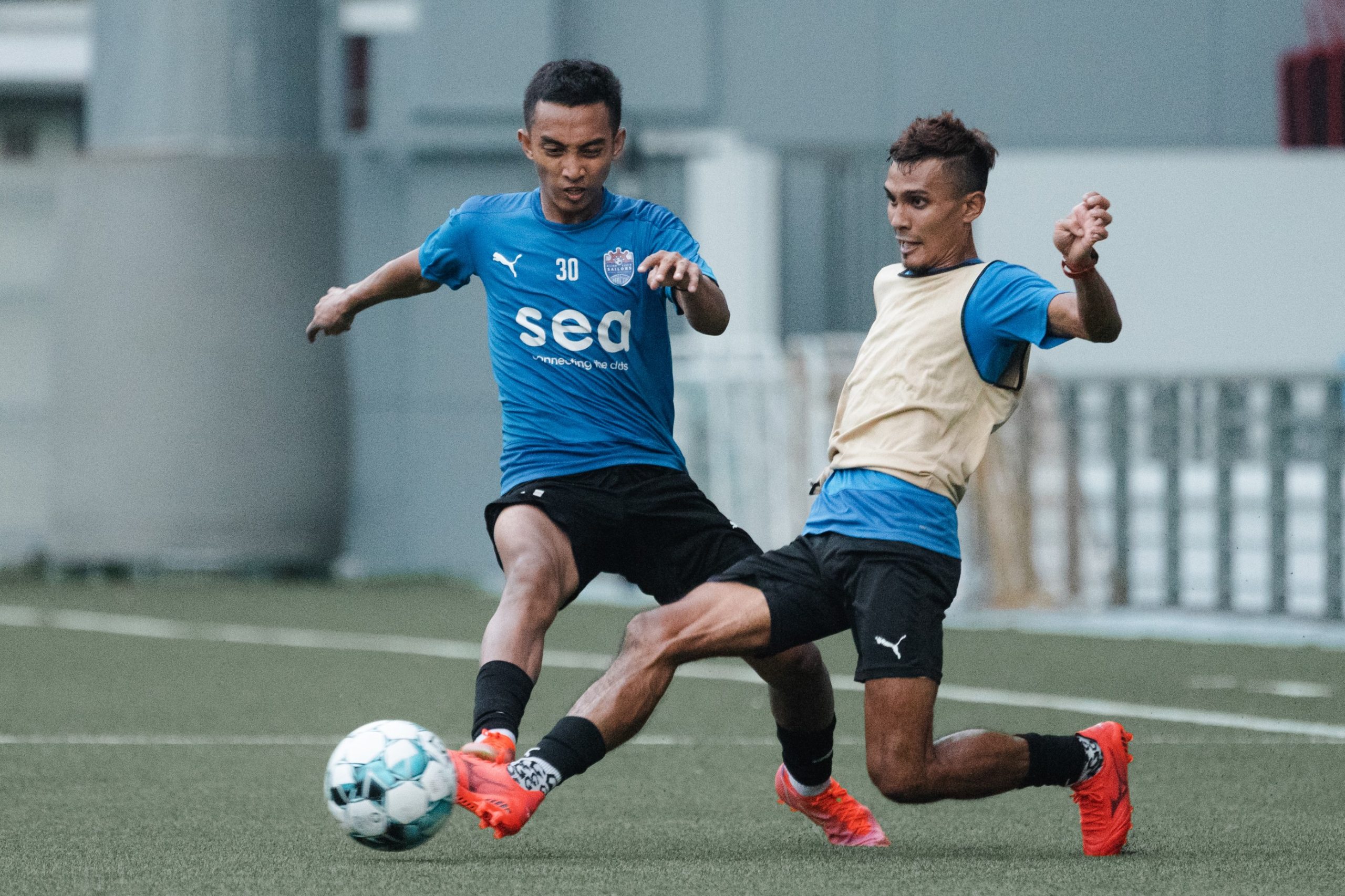 You know how it works – a new gaffer tends to breathe new life into a squad. Everything starts afresh and the players will be keen to prove their abilities and make a positive impression on the new man in charge.

Players who have been first-team regulars like Shahdan, Gabriel Quak and Amirul Adli will have to show why they have been so highly-regarded and why they deserve to retain their spots in the starting eleven.

It also provides a fresh slate for players like Faris Ramli, Hafiz Nor and Aqhari Abdullah who have not played as regularly as they would have liked. They would certainly be out to show what they bring to the team and why they ought to be featured more than before.

There is healthy competition for places with every member of the squad already giving their utmost best in training sessions and matches and this can only be a good thing for the Sailors’ drive for trophies.

4. The treatment room is less crowded 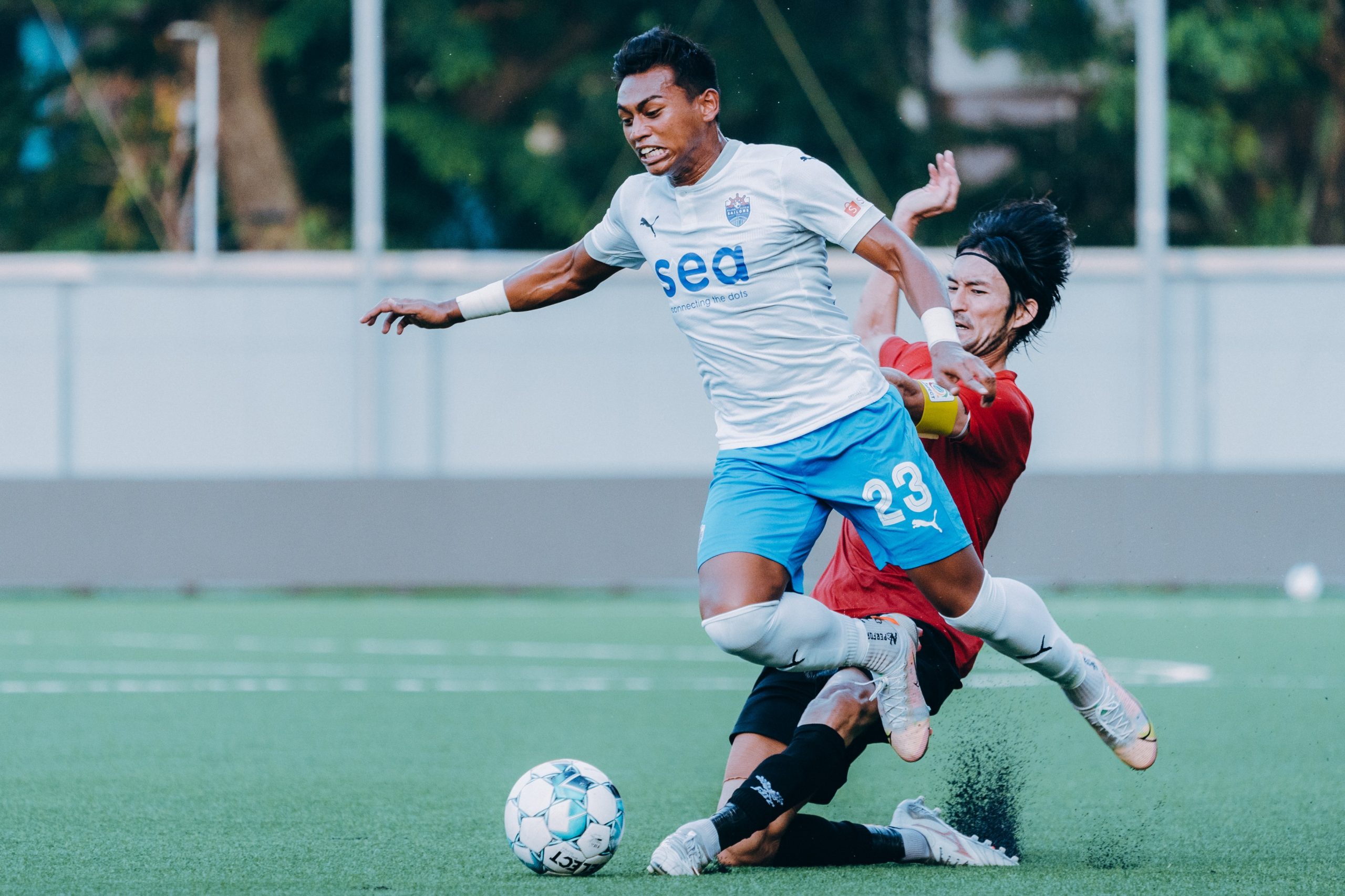 The long break proved to be a blessing in disguise for the injured members of the Sailors squad, allowing them more time to recover. It is surely a pleasant sight for Kim to see the club’s treatment room now clearing up, with the likes of Nur Adam Abdullah, Justin Hui and Amiruldin Asraf now back to full fitness.

2018 Dollah Kassim Award winner Nur Adam was a real revelation at left-back with his crunching tackles and menacing crosses, before he sustained an unfortunate knee ligament injury in training that saw him miss five matches. Justin was out of action for the same amount of time due to a groin problem after showing promise in his first few Sailors appearances.

Amiruldin has yet to play a competitive match since October 2019 due to recurring medial collateral ligament (MCL) problem. Having first sustained the injury later that year, he sustained further damage to his knee in a training match in September 2020 and had to undergo microfracture surgery to repair the damage on his cartilage. Amiruldin finally returned to training a couple of months ago and has been in good form in recent friendly matches.

The availability of the trio boosts coach Kim’s options going into the business end of the season – especially upfront where Amiruldin could bring a different dimension to the Sailors’ attack. 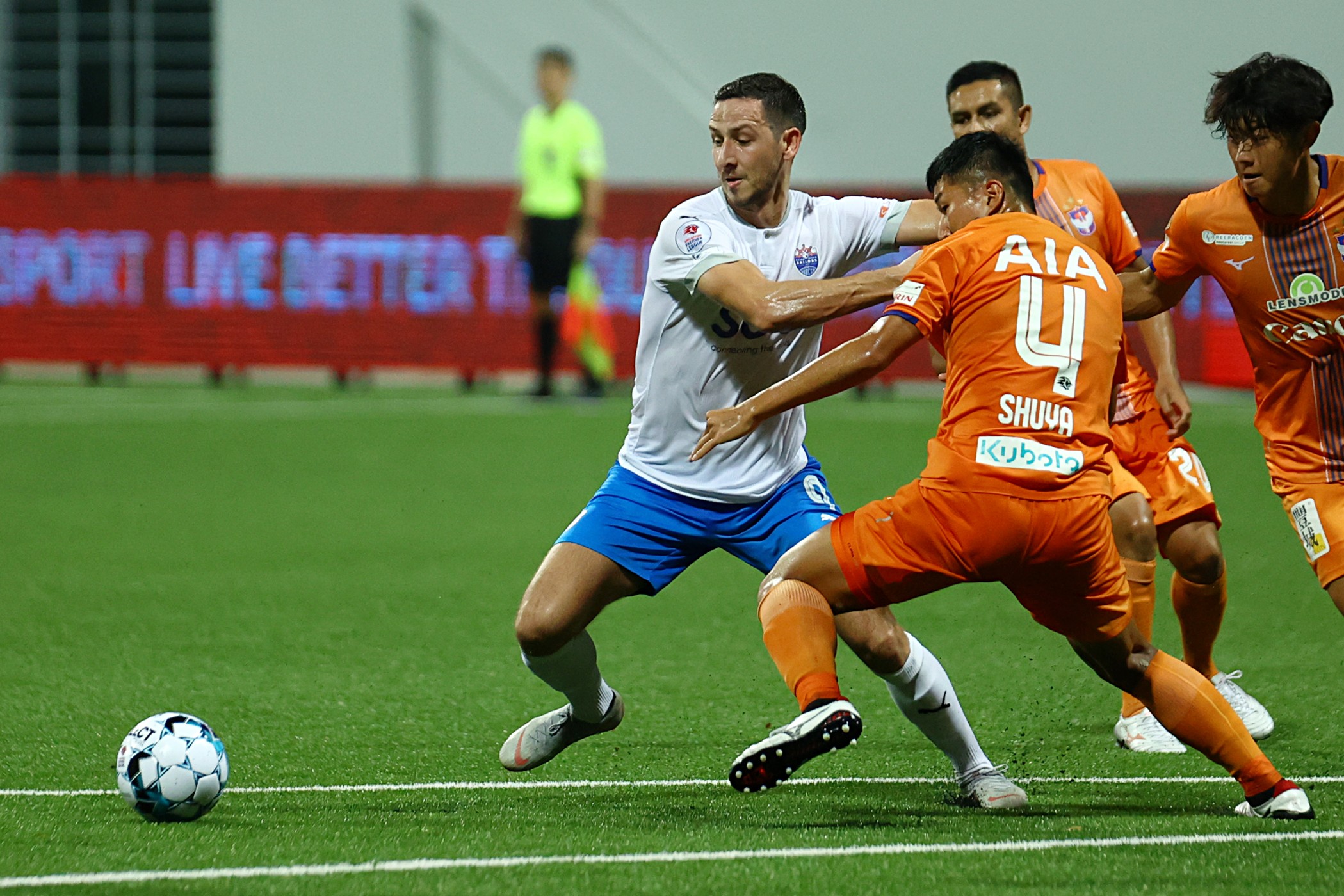 There are just six points separating league leaders Albirex and fourth-placed Tampines Rovers, in what is a wide open race for the SPL title this season.

And the competition is set to get red hot as we enter the business end of the season. There are 10 games left to be played – still some way to go to the finish line – and a whole lot to play for.

With Tampines turning their attentions back to the league after their AFC Champions League adventure, Hougang United on a three-game winning streak since losing to the Sailors in April, and Albirex still the only unbeaten team in the eight-team standings, we can expect tight contests in the matches ahead – starting with Friday’s match against Albirex!