It was a disappointing outing for the Sailors on Saturday evening as they went down to an unlucky 3-2 defeat to title rivals Albirex Niigata (S).

Trailing 2-0 at half-time after goals from Tomoyuki Doi and Ryosuke Nagasawa, Aurelio Vidmar’s charges rallied in the second half with Song Ui-Young pulling one back from close range before substitute Gabriel Quak powered home a stunner to equalise with just two minutes left on the clock.

Just when the Sailors thought they had grabbed a valuable point, Albirex stole it at the death with Reo Nishiguchi scoring the winner under controversial circumstances.

Here, we look back on four talking points, that the Sailors can build on as the Singapore Premier League (SPL) continues…

First things first, our first-half display was not good enough for a team with title aspirations. But after Coach Aurelio’s half-time team talk and some soul-searching, the team came out flying in the second half and duly pulled one back through Song after some good build-up play.

There were times during the second half when we camped in Albirex’s half in what seemed like an attack versus defence exercise. We created chance after chance – with 14 shots to Albirex’s 10 – and eventually found the equaliser through Gabriel’s moment of brilliance.

It would have been easy to be content with a point away from home, but instead of just sitting back, we pushed on for a possible winner. That drive to win was great to watch, but it eventually left us exposed at the back, leading to Albirex’s late winner.

The team ought to be lauded for finding a never-say-die spirit when it seemed like the match was dead and buried by half time. This attitude will stand us in good stead as we look to tackle the challenges ahead in a jam-packed match schedule till the end of 2020.

Football is a game of fine margins and we were ultimately denied a point away at our title rivals, after Albirex’s winner was allowed to stand. This despite what looked like a handball in the lead up to the goal.

Talking about this now does nothing to change the result, and after all, referees are humans and humans do make mistakes and commit errors in judgement. Instead of crying over spilt milk, we perhaps have to defend better and possibly not put ourselves in such a situation in the first place. Albirex’s first two goals could have been prevented as well if not for lapses in concentration. The onus is on us to iron out the kinks while hoping we get the rub of the green in terms of refereeing decisions in the future. 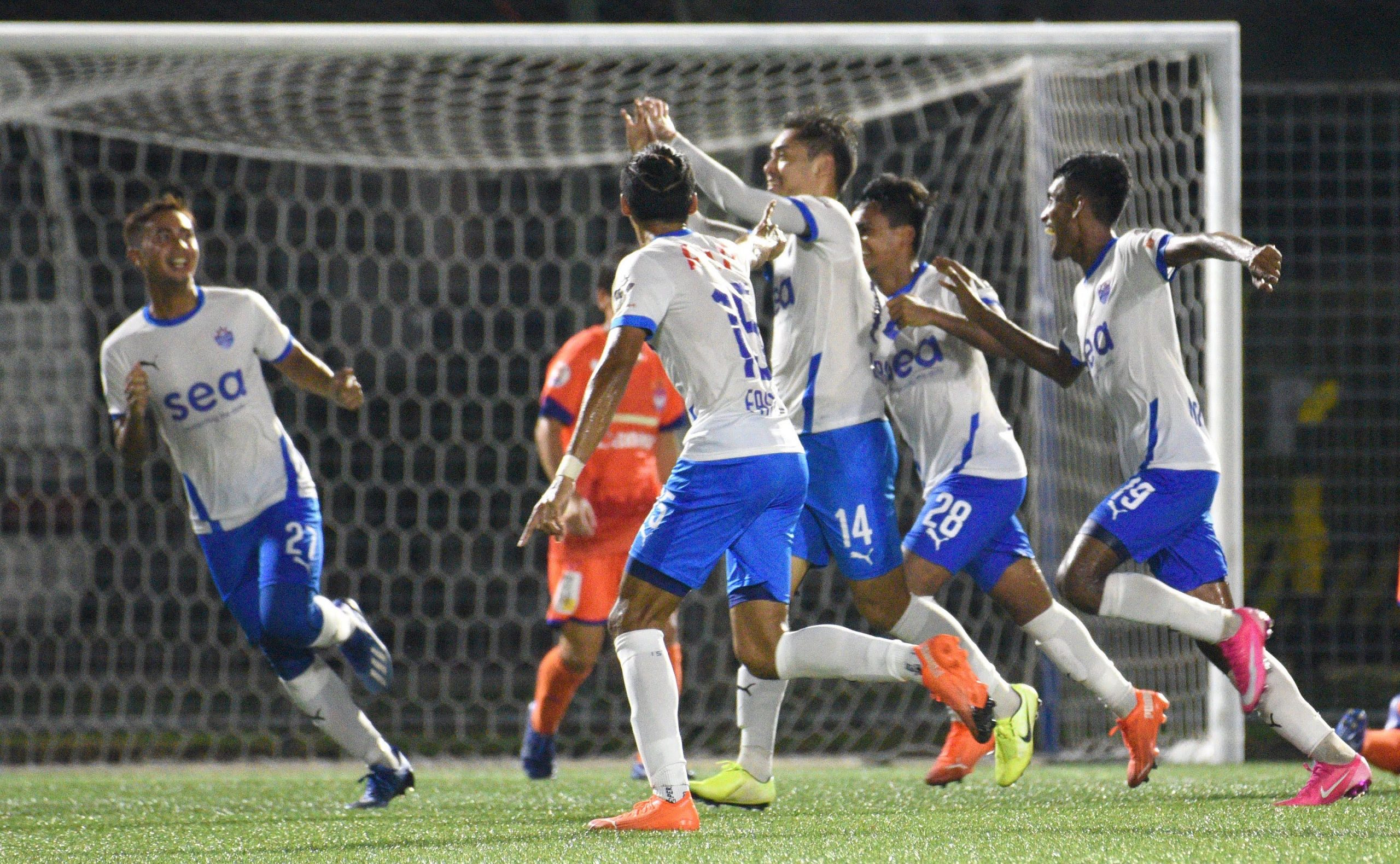 He was a starter in his first two matches for the Sailors, but since the league’s restart, he had to be contented with making appearances off the bench instead. Instead of sulking and questioning the decision, Gabriel took it in his stride and impressed in his two substitute appearances to date.

Last week, he came on for the last half hour to good effect by setting up two goals in the 4-0 win over Geylang. This time round, he came on even later on the 69th minute. But in the short time on the pitch, Gabriel made his presence felt with three shots – only Song had more in the game with four – including that one that almost earned us a point.

Nudged on the back by Kenta Kurishima in the build-up, he could have easily stayed down to appeal for a possible penalty. But he jumped back up to his feet, shrugged off his marker, side-stepped another before firing a sizzling shot that arrowed into the top left corner.

The past couple of games should have given Coach Aurelio enough food for thought on whether to re-jig his tactics and re-instate a determined – and in-form – Gabriel back into the starting eleven. 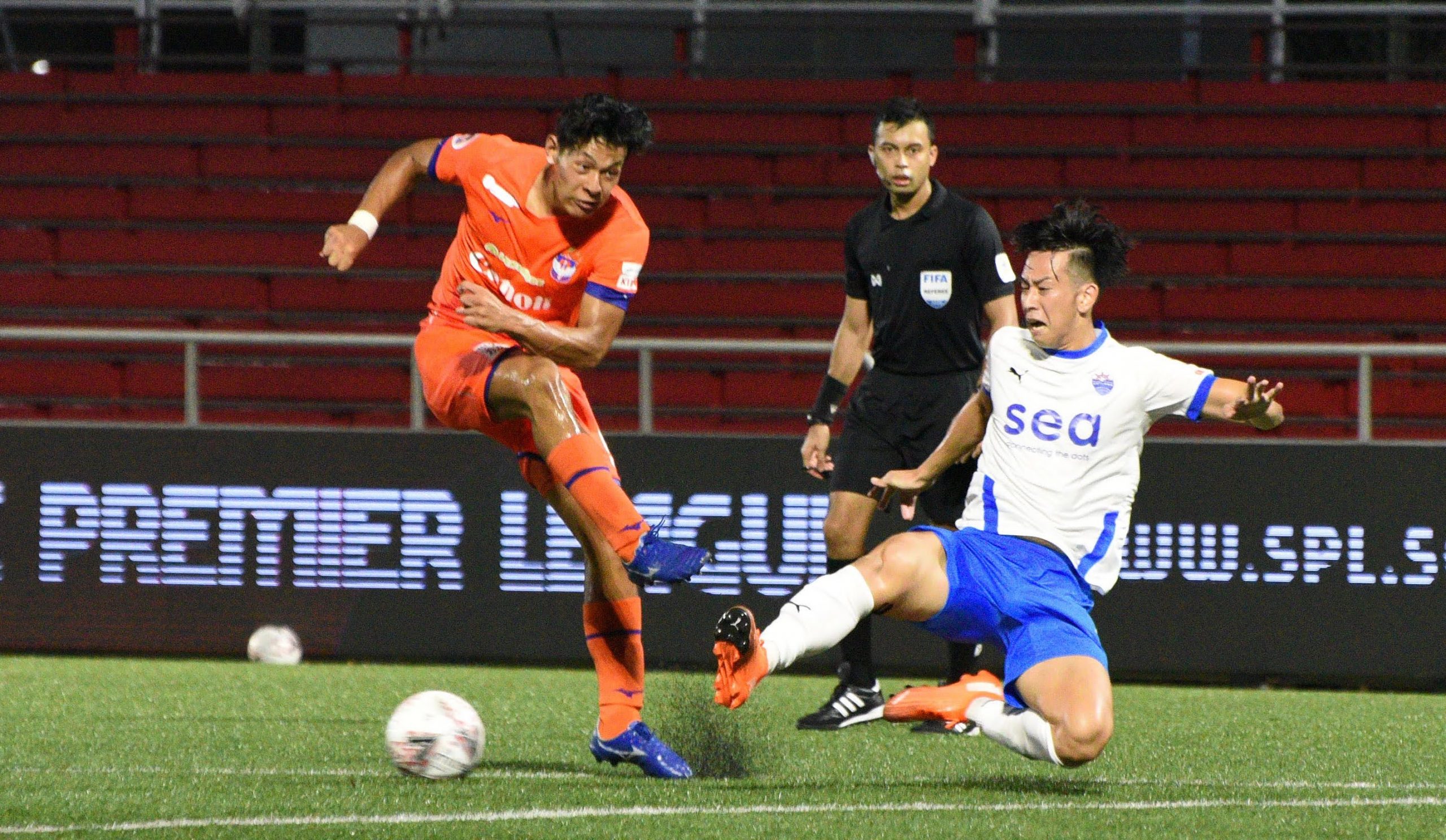 Since the restart of the SPL, Abdil Qaiyyim and Tajeli Salamat have been the preferred centre-back pairing for the Sailors. However, when the former succumbed to muscle cramps shortly into the second half, it paved the way for Kaishu Yamazaki and subsequently Faizal Roslan to come into the picture. Yamazaki, who had been down with a niggling injury, slotted in well at the back before being shifted into the middle of the park – where he played his part in Gabriel’s equalising goal.

Faizal then took over at the heart of defence for the final 20 minutes and managed to keep Albirex at bay with some crucial interceptions and clearances – showing why he started all 48 league games across the 2018 and 2019 seasons when the club was known as Home United. As such, it was perhaps a tad surprising to learn that Faizal’s appearance against Albirex was just his first of the season.

Their performances were encouraging, especially with games coming thick and fast in this period. While Coach Aurelio will surely hope to have a settled backline, it is imperative that there are capable deputies that are ready to step in when called upon.