It has been a mixed start to the 2022 Singapore Premier League (SPL) season for the Lion City Sailors as they accumulated seven points from their opening four matches to sit in third in the eight team standings – a point behind leaders Tanjong Pagar United.

Starting their title defence with a 3-1 win over Hougang United, the Sailors suffered a setback in the following outing with a 1-0 loss to Geylang International – their first loss in 21 matches in all competitions. Kim Do-hoon’s men then bounced back with a 1-0 defeat of Tampines Rovers, before battling to a 1-1 draw against four-time champions Albirex Niigata (S).

As the Sailors gear up to face Balestier Khalsa on Friday in their first match after the FIFA international break, we look back on the five major talking points from the team’s first four league outings of 2022.

Hassan Sunny has arguably been the Sailors’ best player this season so far. In the three matches that he has played – missing only the Geylang defeat – the Singapore international has proved that he is still one of the best in the business – if not the best. 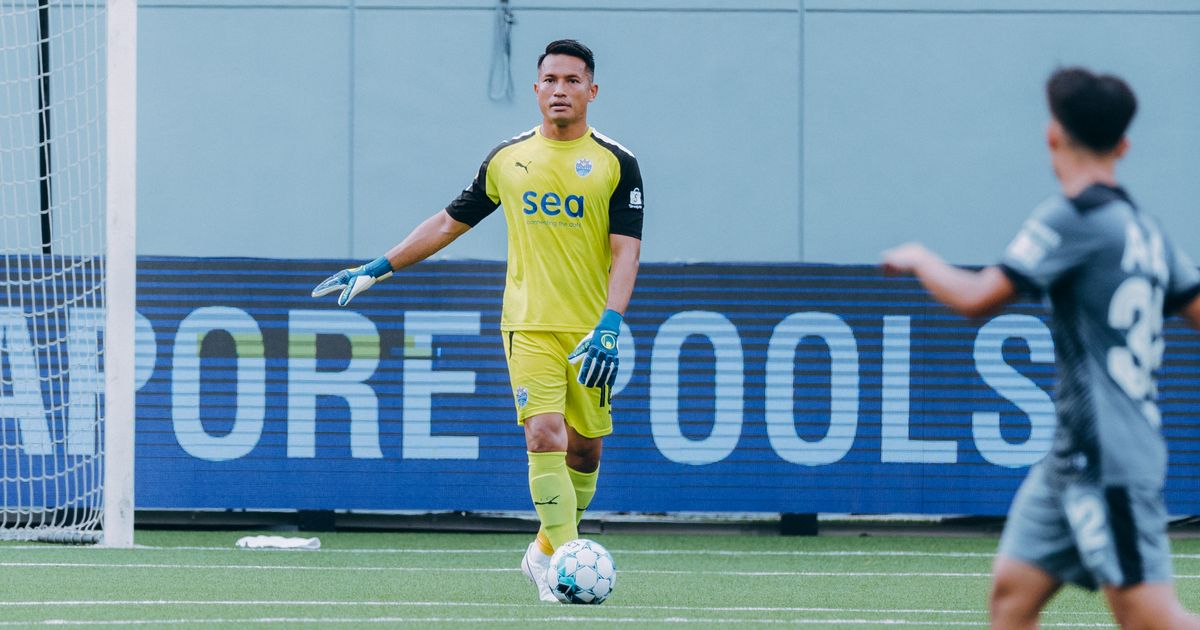 His overall command of the area has been impeccable, and he has been virtually unbeatable in one-on-one situations – pulling off numerous point-blank saves especially against Tampines and Albirex. Hassan has conceded two goals this season, both top quality blinding strikes from distance.

Turning 38 in April, Hassan is evidently ageing like fine wine and not going away any time soon. Dedication to his craft and leadership are two of his qualities that drive the rest of the team to step up. With him and Izwan Mahbud pushing each other hard on a daily basis, the goalkeeping situation at the Sailors – as well as on the international front – is in safe hands.

The Covid-19 situation has not helped

Head Coach Kim Do-hoon has yet to be able to field a consistent starting eleven, with various members of his squad falling victim to the coronavirus on separate occasions.

Faris Ramli missed the opening win over Hougang, then it was Tajeli Salamat and M Anumanthan’s turn against Tampines, with Kim Shin-wook also stuck in isolation prior to the Albirex fixture. 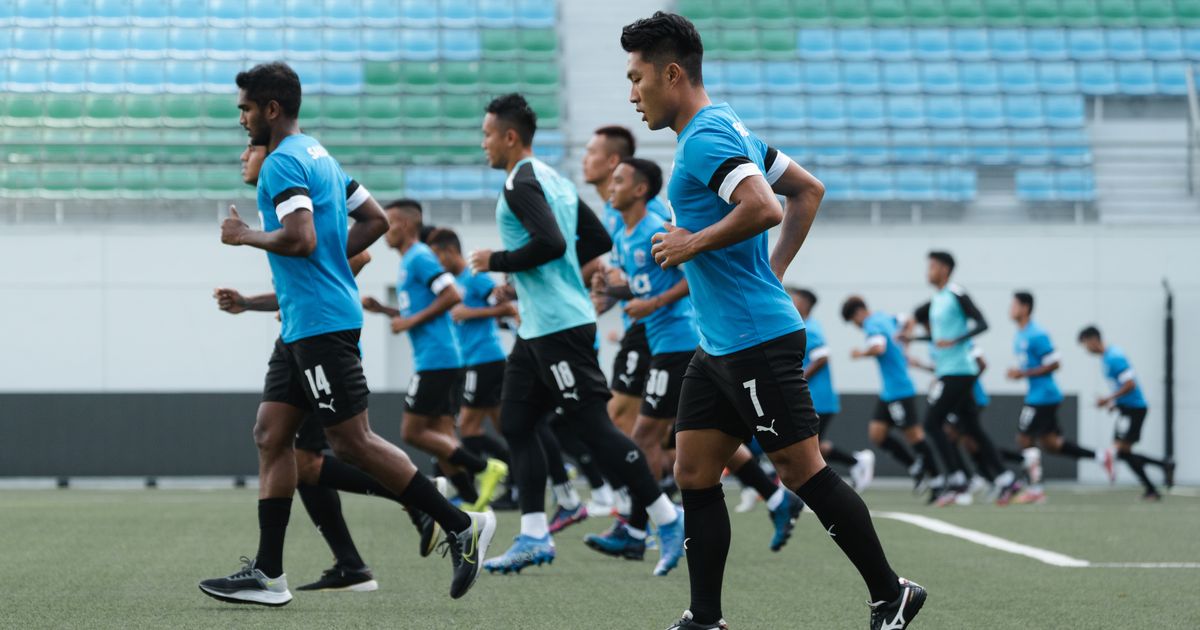 The Covid-19 situation remains fluid with players possibly testing positive the day after playing a game or even in the week leading up to the next game, requiring the Sailors’ technical team to react fast and adapt to such situations, redeploy their chess pieces or even rejig the game plan.

Iqram Rifqi is the latest one to be struck by the virus which led to him reluctantly withdrawing from the Singapore squad at the Football Association of Singapore Tri-Nations Series against Malaysia and the Philippines.

While this is hardly ideal, it is a situation that will affect every club, and will need to be managed throughout the season. Fortunately the Sailors have both strength and depth in the squad Kim has assembled.

Olá, Diego! The Brazilian playmaker is now starting to show what he can do, and why he deserves to be a regular starter for the Sailors. 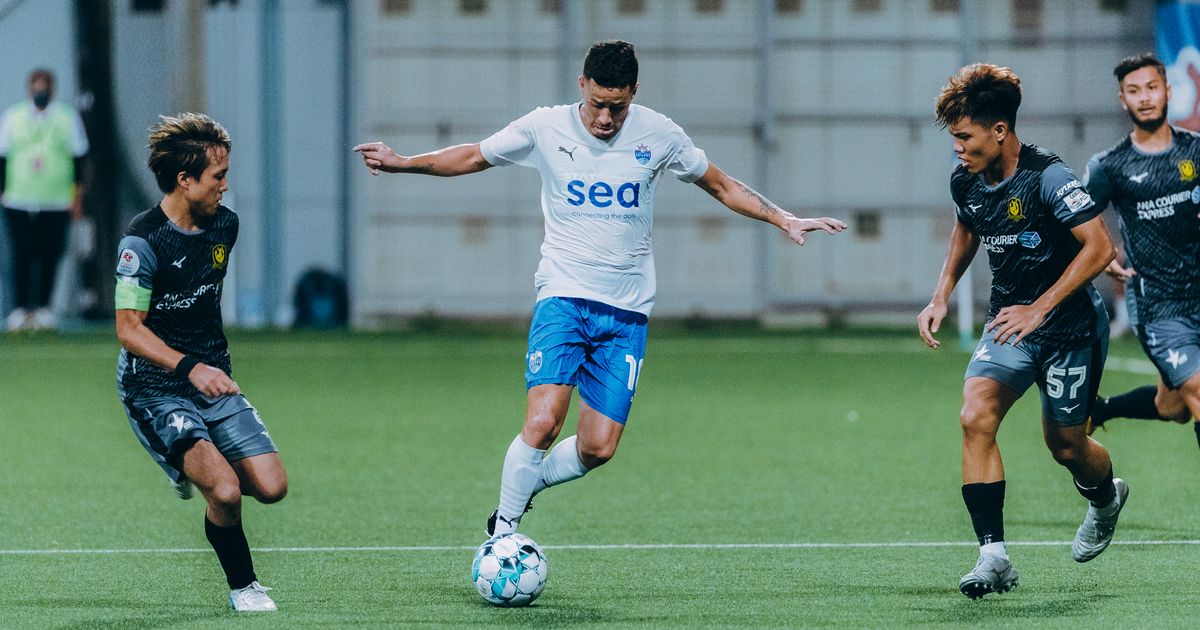 Arriving with a sizable price tag in 2021, the former Benfica man exploded into life in the SPL with a hat-trick in an 8-0 win over Geylang and a wondrous match-winning volley in a 1-0 defeat of Hougang under Aurelio Vidmar, but subsequently found it hard going.

With a solid pre-season under his belt and honest chats with the Head Coach about expectations for 2022, the 27-year-old Diego has begun this campaign well. He came off the bench to score against Hougang, before being entrusted to start the Tampines and Albirex matches – marking the first time he started and completed the full 90 minutes since May 2021. In those two outings, he provided a real treat for the fans with silky close control and an ability to dictate play from the middle of the park.

The Sailors – and fans – are certainly looking forward to seeing him pick up where he left off when the SPL restarts, and hopefully hitting the right notes in the upcoming Asian Football Confederation (AFC) Champions League (ACL) campaign.

They were breakout stars in the 2011 Lion City Cup at the age of 15, and the pair of Adam Swandi and Iqram Rifqi have enjoyed some good times, but have also struggled through rough injury-riddled periods in their professional careers. Both of them are now starting to reap the rewards of their hard work and persistence.

A horrific anterior cruciate ligament (ACL) injury in July 2019 saw Adam missing more than a year of action and he had to be content with being an impact substitute on several occasions since his comeback. In Kim’s first game in charge in July 2021, the playmaker was given his first start in over two years but lasted just 14 minutes due to another injury setback. The 26-year-old kept working hard behind the scenes, and is now trusted to start regularly in central midfield alongside Shahdan Sulaiman, impressing with his industry and smooth passing ability. 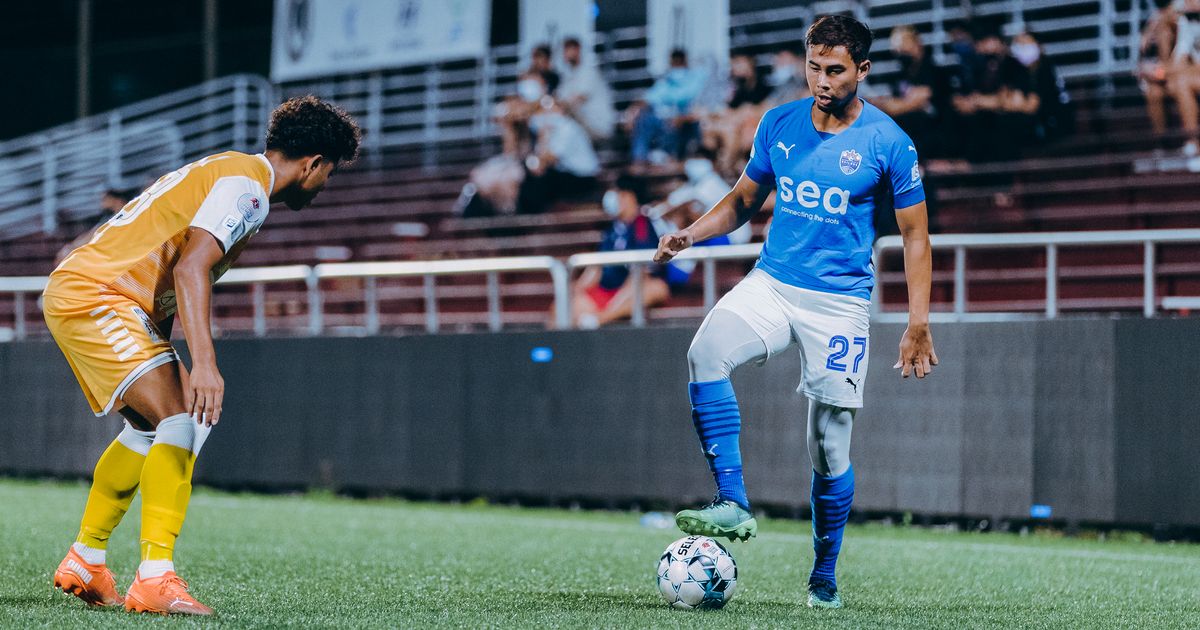 Iqram was also an ACL victim that led to him missing the majority of the Sailors’ inaugural season in 2020 and a hamstring injury meant he made only a handful of appearances on loan at Geylang in 2021. However, he has come back with a vengeance this season – netting in the opening win against Hougang and is the only player along with captain Hariss Harun to start all four league games this year. Iqram’s sparkling form means there will be tough competition for Nur Adam Abdullah to regain the left-back position that he owned last year.

The Sailors will be first to admit that their performances in the first four league matches of 2022 could have been better. The coaching team and players have been hard at work trying to fine-tune the Sailor’s offensive rhythm and fluidity in their football. And slowly but surely, things are coming together for the Sailors. 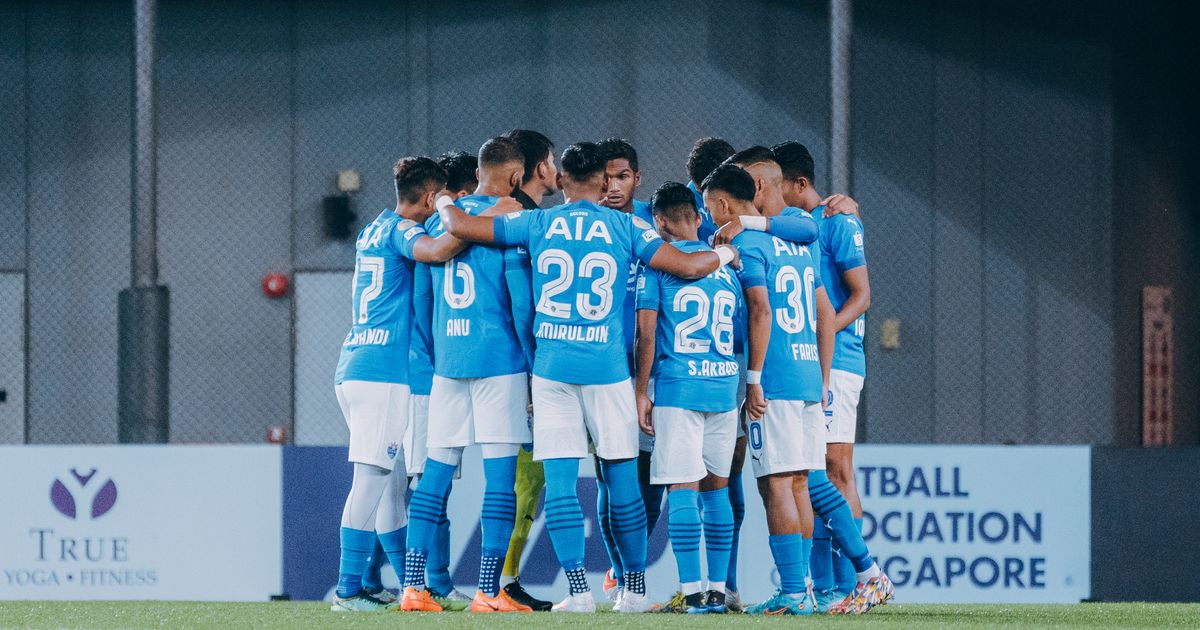 Against Albirex, the side that pushed the title race to the final match last season, the Sailors showed especially in the opening half-hour that they can dictate the tempo of the play and deprive the opponents of the ball by constantly pressing from the front.

On the numbers front, things are looking healthier as well. Gabriel Quak and Nur Adam Abdullah have worked their way back to full fitness and made quite an impact as second-half substitutes against Albirex, with the former showing the nerve to net an injury-time penalty equaliser. Pedro Henrique will return for the SPL restart after completing a two-match suspension, while Maxime Lestienne is also chomping at the bit and working doubly hard to get his first start in a Sailors shirt.

All these bodes well for the Sailors as they gear up for an important April – with SPL fixtures against Balestier, Young Lions and Tanjong Pagar to navigate before travelling to Buriram, Thailand for their maiden ACL campaign.