The Republic’s Lions have exorcised the ghosts of past AFF Suzuki Cup failures, qualifying for the semi-finals of the biennial tourney for the first time in nine year, as the 2020 edition continues to be played out in Singapore.

Singapore navigated out of Group B relatively unscathed, finishing second behind Thailand, with several Lion City Sailors doing their part for the national cause. There were 12 Sailors who were named in Tatsuma Yoshida’s 28-man squad, but unfortunately only 11 will continue to play a part as Singapore face Indonesia in the two-leg semi-finals on 22 and 25 December.

Gabriel Quak, the Singapore Premier League’s (SPL) Player of the Year in 2020, went down clutching his left shoulder in Singapore’s 2-1 win over Philippines on 8 Dec and initial fears were confirmed – the effervescent winger would miss the remainder of the campaign to undergo surgery on a dislocated shoulder. 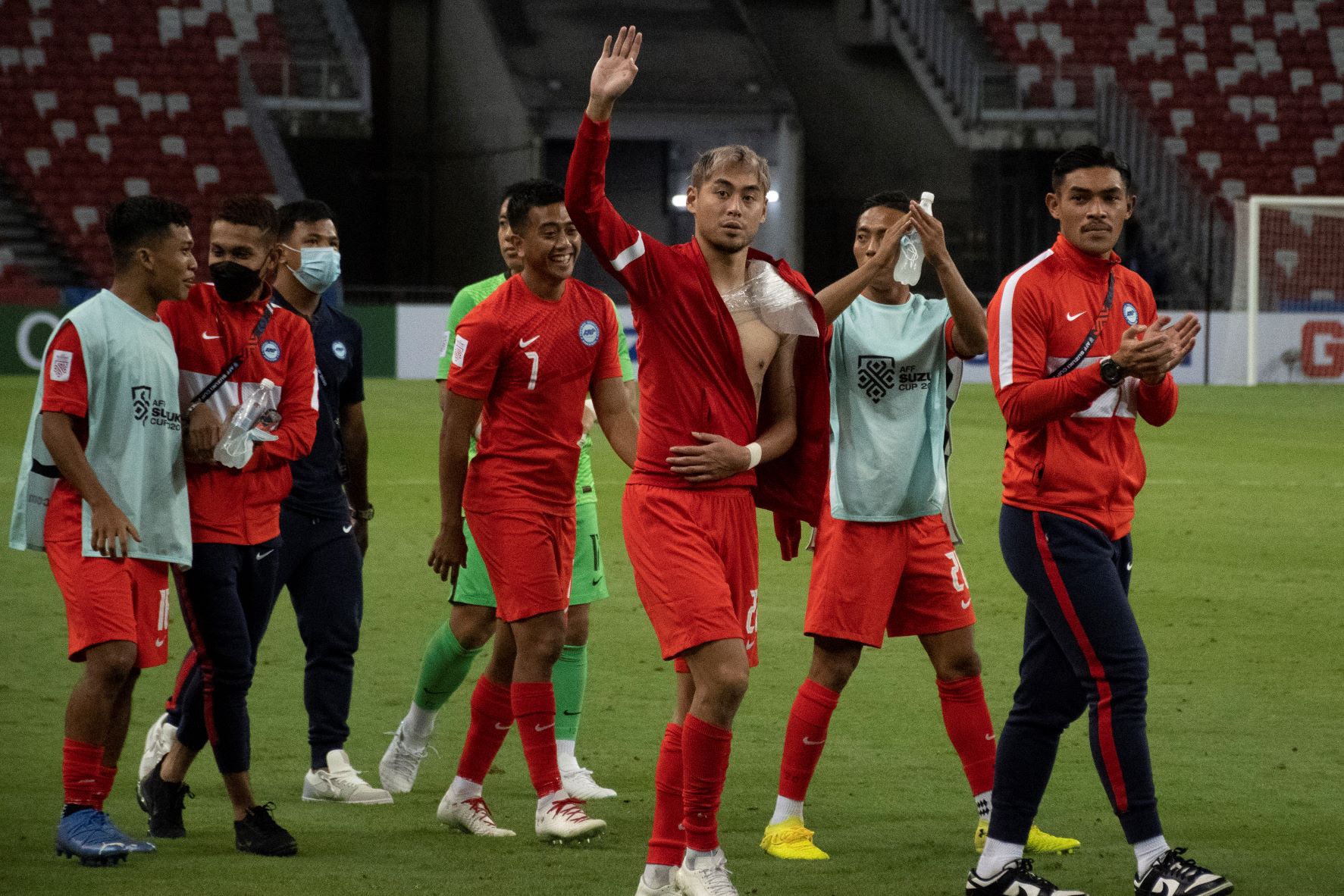 All photos courtesy of the Football Association of Singapore

It was a huge blow for the 30-year-old, who finished the 2021 SPL season as the top local goalscorer with 13 strikes to his name – and a Goal of the Year gong to boot.

Gabriel’s unfortunate injury aside, it has been a solid campaign for the rest of the Sailors contingent, with four players featuring in each of Singapore’s four group matches, another four making their Suzuki Cup bows, this despite Tajeli Salamat and Hafiz Nor having yet to see any game time.

As Singapore continues to drive towards regional glory, we look back with pride at the group stage showings of our Singaporean Sailors. 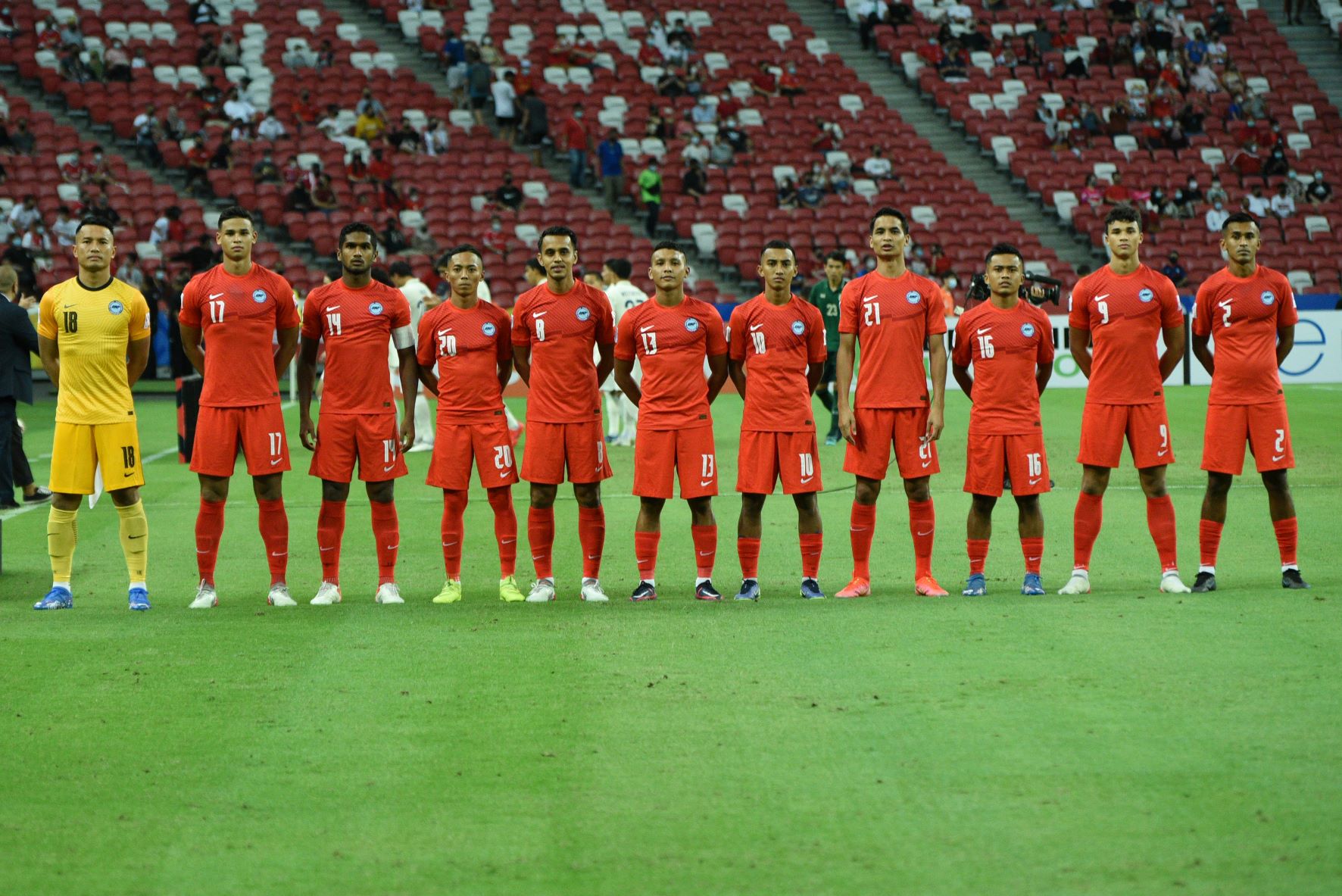 Leaders of the pride
Hassan Sunny and Hariss Harun are two of only four Singapore players who have played every minute for the Lions in the tournament thus far.

The oldest Lion at the tournament at 37 and playing in his eighth Suzuki Cup, it has been a remarkable journey for Hassan, who had to come back from two anterior cruciate ligament (ACL) injuries earlier in his career and fight off stiff competition from Izwan Mahbud to claim the no.1 spot for this tournament.

Having chalked up nine saves en route to keeping two clean sheets for the Lions, the experienced custodian is relishing the chance to feature heavily in the team’s bid for a fifth regional crown – he had played second fiddle to Lionel Lewis in the 2004 and 2007 victories, while missing out on the 2012 triumph through injury. 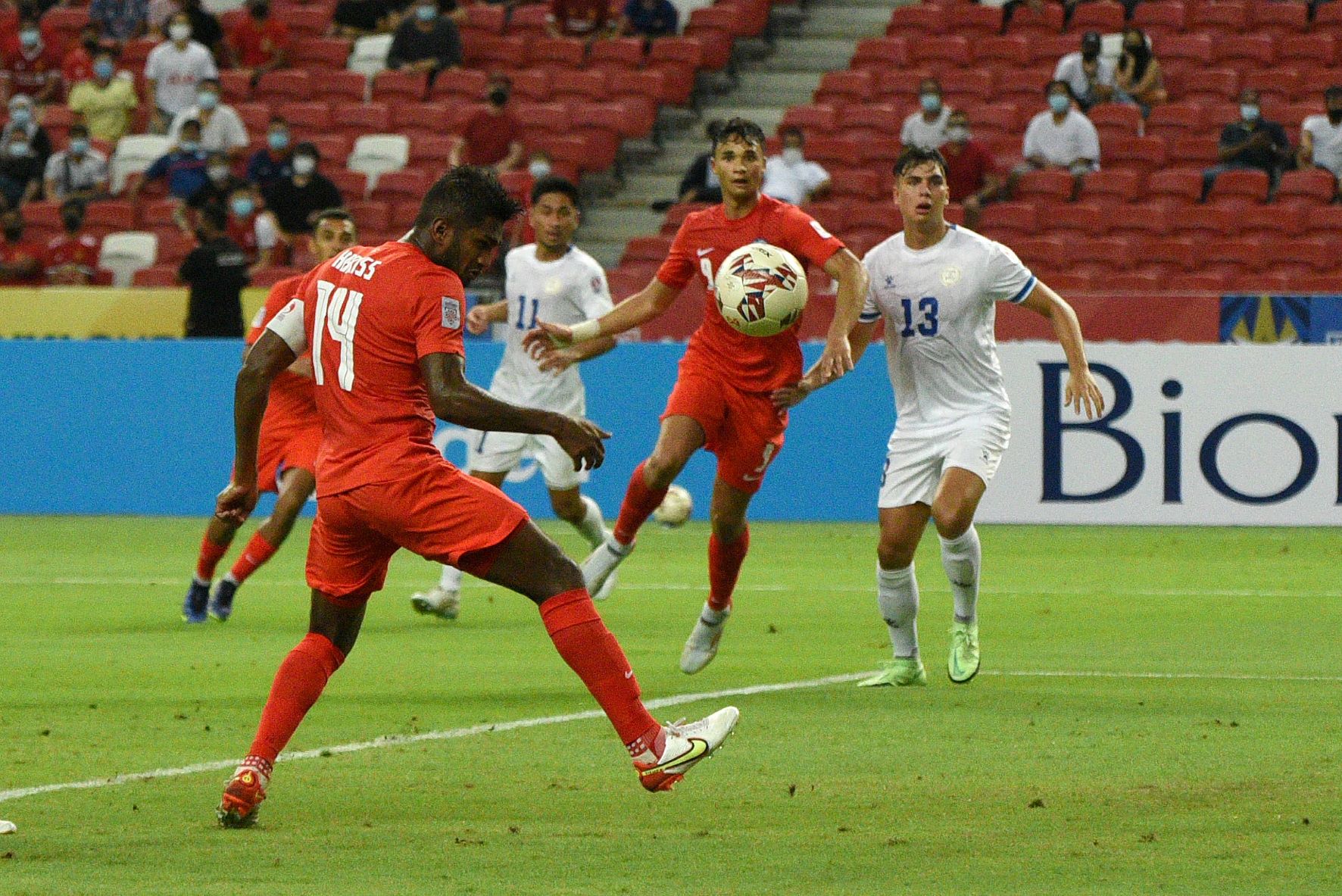 For Hariss, the Lions skipper was unfortunately struck with Covid-19 and only recovered two weeks before the start of the tournament. Nonetheless, the 31-year-old worked doubly hard to get up to speed and battled on admirably despite visibly still not back at 100 percent yet.

There is little wonder to his hard work as he is determined to make up for lost time – a shin fracture in the group stages led to him playing only a peripheral role when the Lions last won the tournament in 2012.

Steady and reliable
Shahdan Sulaiman and Faris Ramli have featured in all four of Singapore’s matches as well, with the former showing class with his calming influence in the middle of the park and his trademark deliveries from set-pieces often wreaking havoc in opposition penalty boxes.

The 33-year-old Shahdan – who has been one of the SPL’s standout players in recent years – has something to prove in this year’s edition. After breaking his leg in a 4-2 win over Myanmar in the 2014 group stages, he was then left on the bench throughout 2016 and was not called up to the final squad in 2018.

Faris missed out on the 2012 campaign due to National Service commitments, and has been unsuccessful in the subsequent tournaments since. The 29-year-old has been a scourge for the opponents’ defence with his direct running and blistering pace, with one goal and assist to his name. He had done well to come through a tough year where he saw limited game time initially before becoming a key figure under Kim Do-hoon as the Sailors romped to their first-ever SPL title. 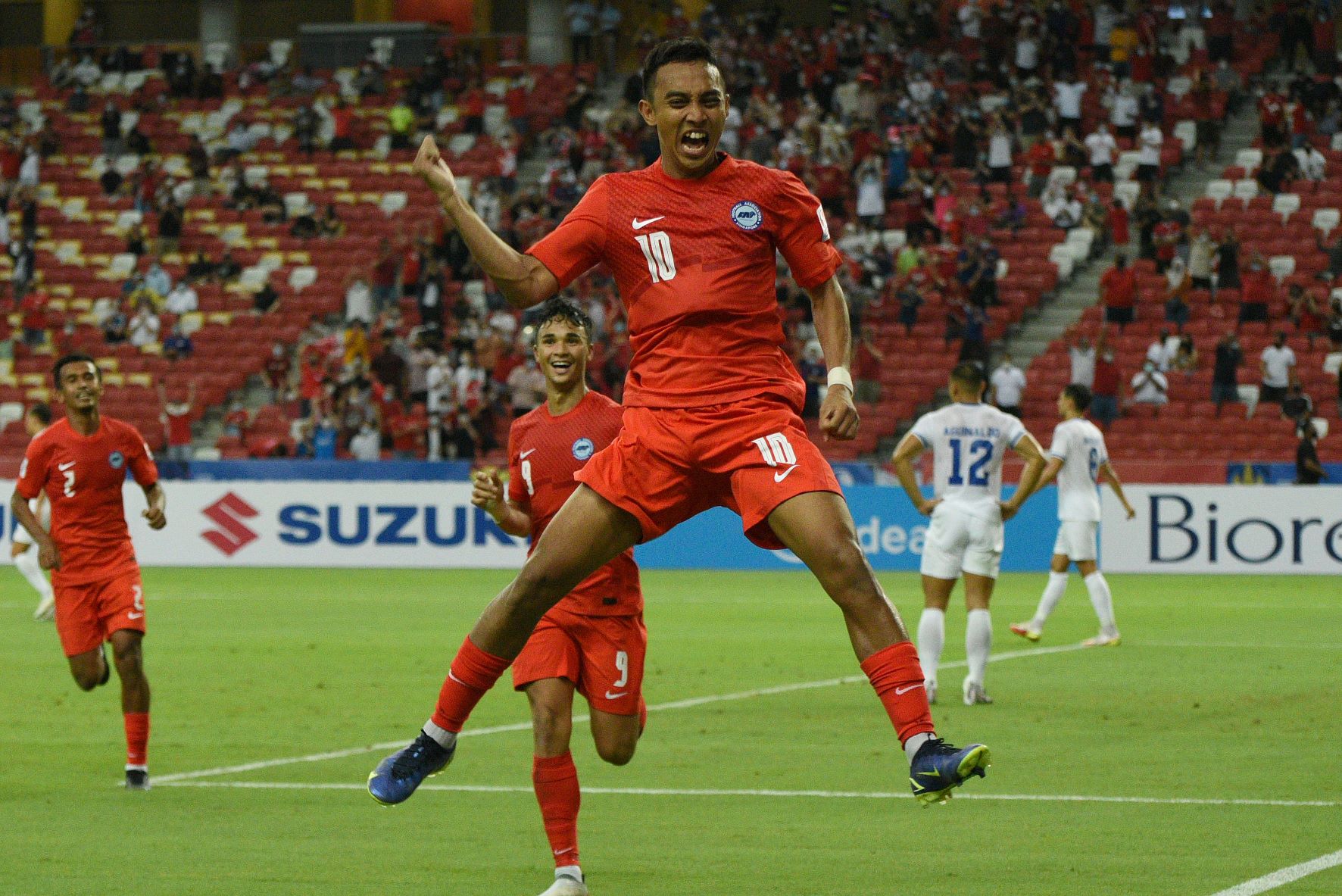 Adam Swandi is another one that has caught the eye, despite starting only one match so far. After a rough couple of years following an ACL injury in June 2019, the skillful playmaker had to work his way back and only started a game again this July.

Despite all the difficulties, he has never wavered and was rewarded with a start against Timor-Leste, where he netted his maiden international goal with a cool and confident finish after four minutes to set the Lions en route to a third straight win.

The debutants
Many eyes were on Song Ui-young in his first international tournament with the Lions and it is safe to say he has delivered so far. Long touted to represent Singapore since his arrival in the SPL in 2012, the South-Korean born midfielder had to bide his time before finally gaining citizenship in August.

The 28-year-old was particularly impressive in the opening 3-0 win over Myanmar, with his drive to win the ball back and go on lung-bursting runs to set up counter-attacks for the team. Should Song continue to turn on the style, there is no doubt he could be a game-changer for the Lions in the knockout stages. 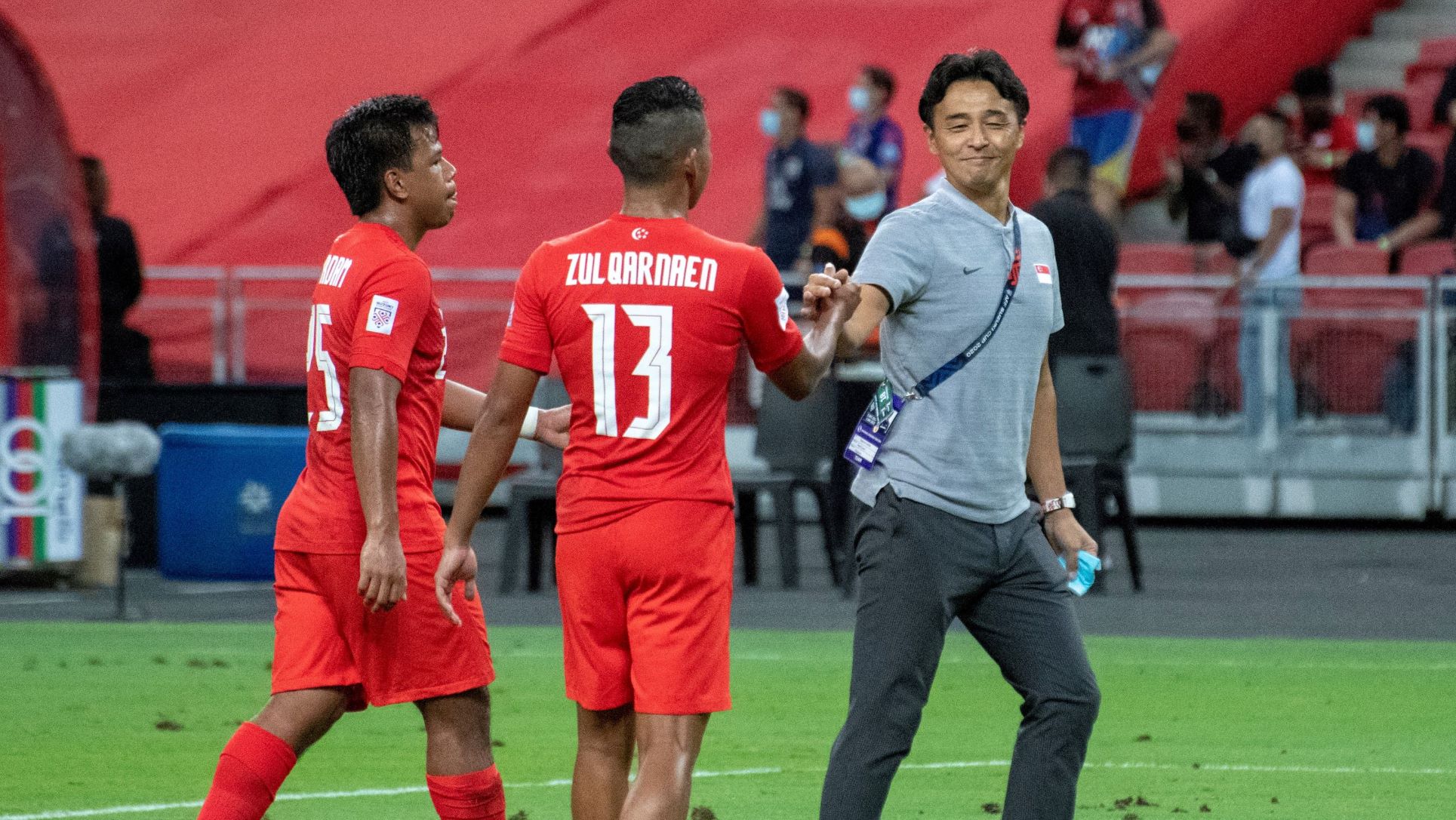 Meanwhile Nur Adam Abdullah and Saifullah Akbar – the 2021 and 2020 SPL Player of the Year respectively – put in decent 25-minute shifts when they came on in the 2-0 loss against Thailand for their Suzuki Cup debuts. More is expected to come from them, especially the former who could be in line to start at left-back for the semi-finals against Indonesia with Shakir Hamzah now ruled out for the tournament through injury.

Amirul Adli came on as a late substitute against Thailand, that was the 25-year-old’s first Suzuki Cup appearance since 2014 and he will be hoping to get more minutes under the belt. 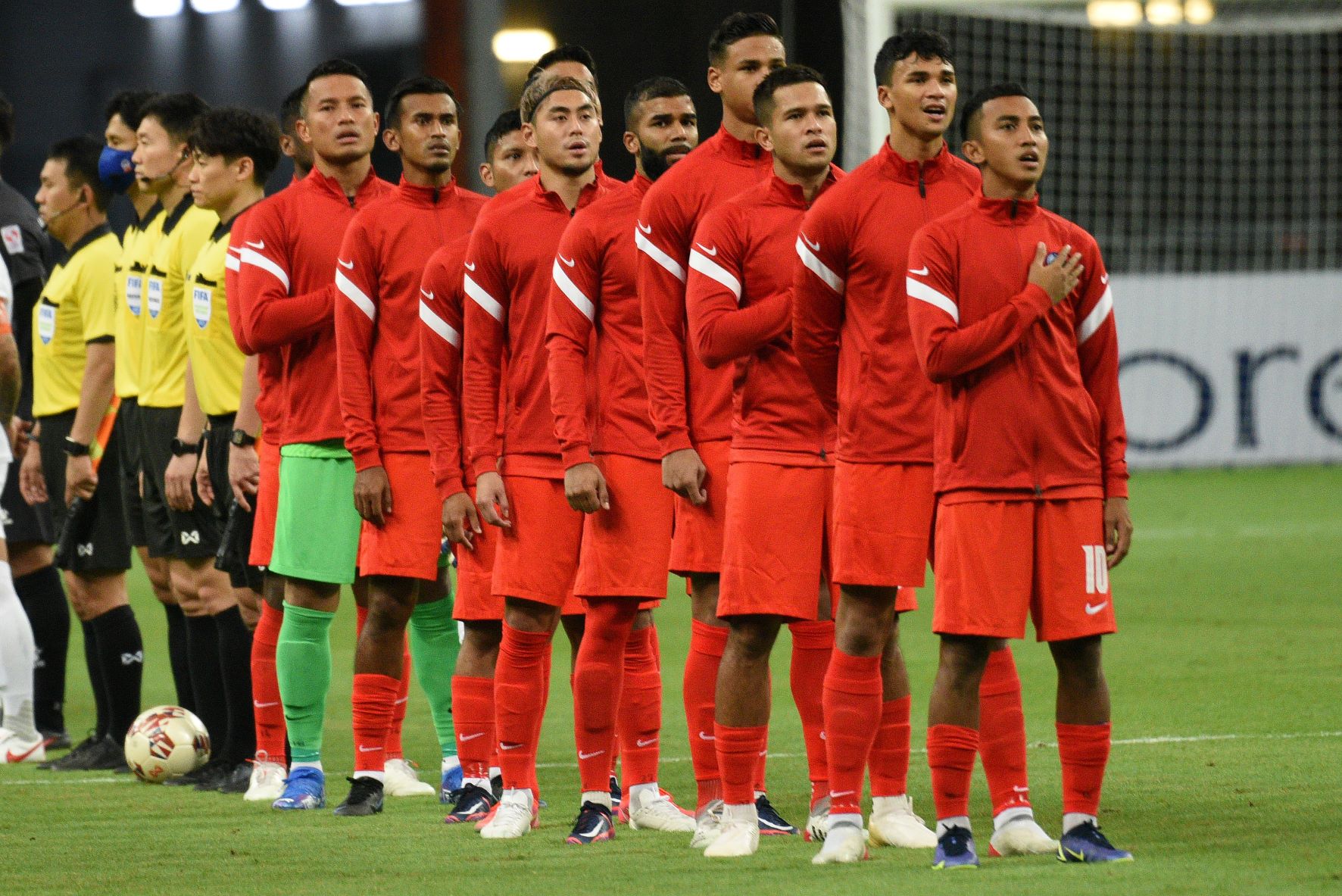 We join the rest of Singapore, watching closely as the Lions drive towards the final of 2020 AFF Suzuki Cup, and we wish our Lions all the best in the matches ahead!