The Lion City Sailors were on the wrong end of a five-goal thriller in the Singapore Premier League on Saturday (24 October), falling 3-2 to Albirex Niigata at the Jurong East Stadium.

Battling back from a 2-0 first half deficit to draw level, Aurelio Vidmar’s charges had their hearts broken right at the death by a controversial Reo Nishiguchi winner. Albirex captain Kazuki Hashioka appeared to have controlled the ball with his hand before setting up Nishiguchi to score at the far post in the fourth minute of injury time.

But Vidmar saw several positives in the performance despite the Sailors remaining in sixth spot in the nine-team SPL standings.

“I saw a strong mentality and a winning mindset throughout the game,” said a dejected Aurelio after the match. “We started off really well in the first 20 mins, unfortunately a couple of errors cost us goals, but we were certainly controlling the game, and continued that form into the second half.”

Albirex took the lead in the 19th minute, after Hassan Sunny in the Sailors goal could only palm a Hiroyoshi Kamata cross, with Tomoyuki Doi sweeping home the loose ball – this despite the Sailors looking comfortable in the opening period of the contest.

Song Ui-Young had two opportunities to level the game, but it was Albirex who doubled their lead, with Ryosuke Nagasawa rifling home in the 36th minute after the solid Tajeli Salamat uncharacteristically missed a clearance.

“We showed great resilience and that’s what it’s all about,” said Aurelio, who saw several encouraging signs. “This was never going to be an easy game, but we showed a lot of fight and a lot of spirit and great unity, and the boys kept pushing themselves right to the very last minute.”

The Sailors came out of the break battling. The team took control of the match, scoring first through Song who swept home in the 59th minute after a flowing move.

Substitute Gabriel Quak then bounced to his feet after falling in the Albirex penalty box in the 88th minute, shrugged off a challenge and sent a left foot bullet that easily beat Albirex goalkeeper Kei Okawa. 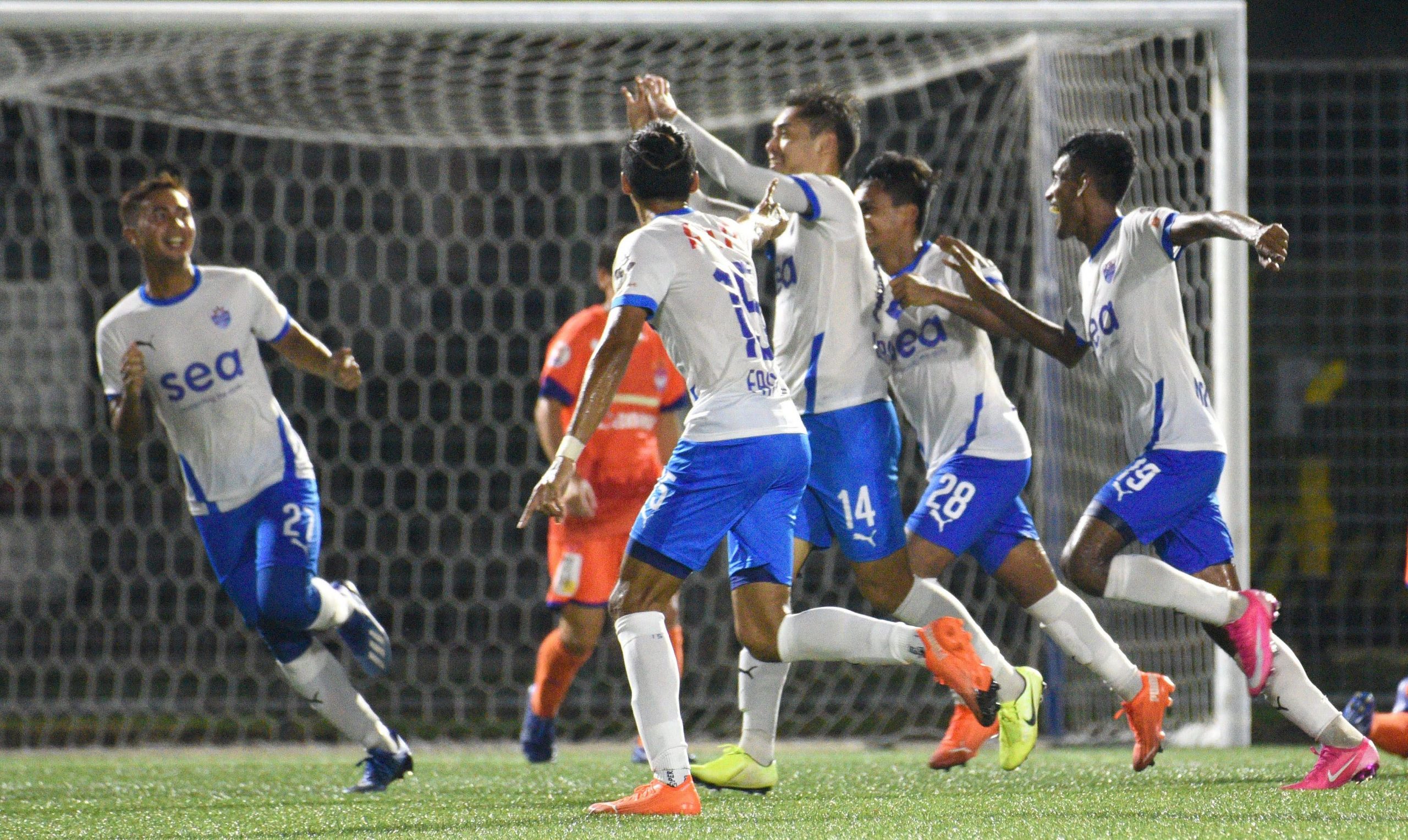 Despite having their hearts broken in injury time, Vidmar was wildly encouraged by the football on show.

He said: “We’re playing very good football and we showed that again tonight. We had a lot of great combinations, especially in the second half. The performance from the team was fantastic, special mention to all the boys who came off the bench.”

Aurelio was particularly pleased with the performances of the substitutes who drove the team forward in the second half. Kaishu Yamazaki and Faizal Roslan came on for their first appearance since the SPL restart, with Adam Swandi and Gabriel also coming on to good effect.

“It’s not easy being on the bench, cos everybody obviously wants to play. Their performances showed me that they were mentally and physically ready – all the boys who came on in the second half did a great job,” said Aurelio.

It was a similar positivity shared by Sailors midfielder Song.

“We made mistakes to concede those first half goals, but it was clear that we believed in our coach and in each other. Once we had some time to reorganise, we bounced back very strongly,” said the South Korean.

“I watched the video again after the game, and I think there’s an obvious handball before the last goal. But we will put the negativity behind us, and I’m certain that we will keep getting better as the season goes on.”

While Aurelio easily found positives from this defeat, he was less pleased about what lies ahead for the Sailors. The participation of 2019 SPL champions Brunei DPMM has yet to be confirmed, with their scheduled return to action – against Hougang United on Oct 25 –postponed, and no indication if the Brunei side will show up to face the Sailors at the Bishan Stadium on Wednesday (Oct 28).

“The whole league can’t just sit and wait, we have to prepare, we have to plan, we have to organise training venues and sessions. How can we do that if we don’t know if we’re going to play?” said a frustrated Aurelio.

“It’s so uncertain and something needs to be done immediately.”