It looked like a tricky test on paper, but a furious start to each half of football saw the Lion City Sailors make light work of Tanjong Pagar United in a resounding 6-0 victory at the Jurong East Stadium on Sunday evening (3 July). This was the second win on the trot as the Sailors put the 2-1 defeat to Albirex Niigata (S) on 24 June firmly behind them.

An electric start to the game made all the difference as the Sailors opened up a three-goal lead within the first 18 minutes, before scoring another three goals within 10 frenetic minutes of the restart to tear apart a Jaguars side that had won their previous three home games.

Gabriel Quak and Diego Lopes netted clinical braces, while Maxime Lestienne starred with a goal and three assists. Captain Hariss Harun netted another in what was an all-round team display that drew praise from Head Coach Kim Do-hoon.

The victory meant the defending champions extended their lead at the top of the Singapore Premier League (SPL) table to nine points, although closest challengers Albirex have two games in hand and have a chance to close the gap against Tampines Rovers on Monday (4 July). 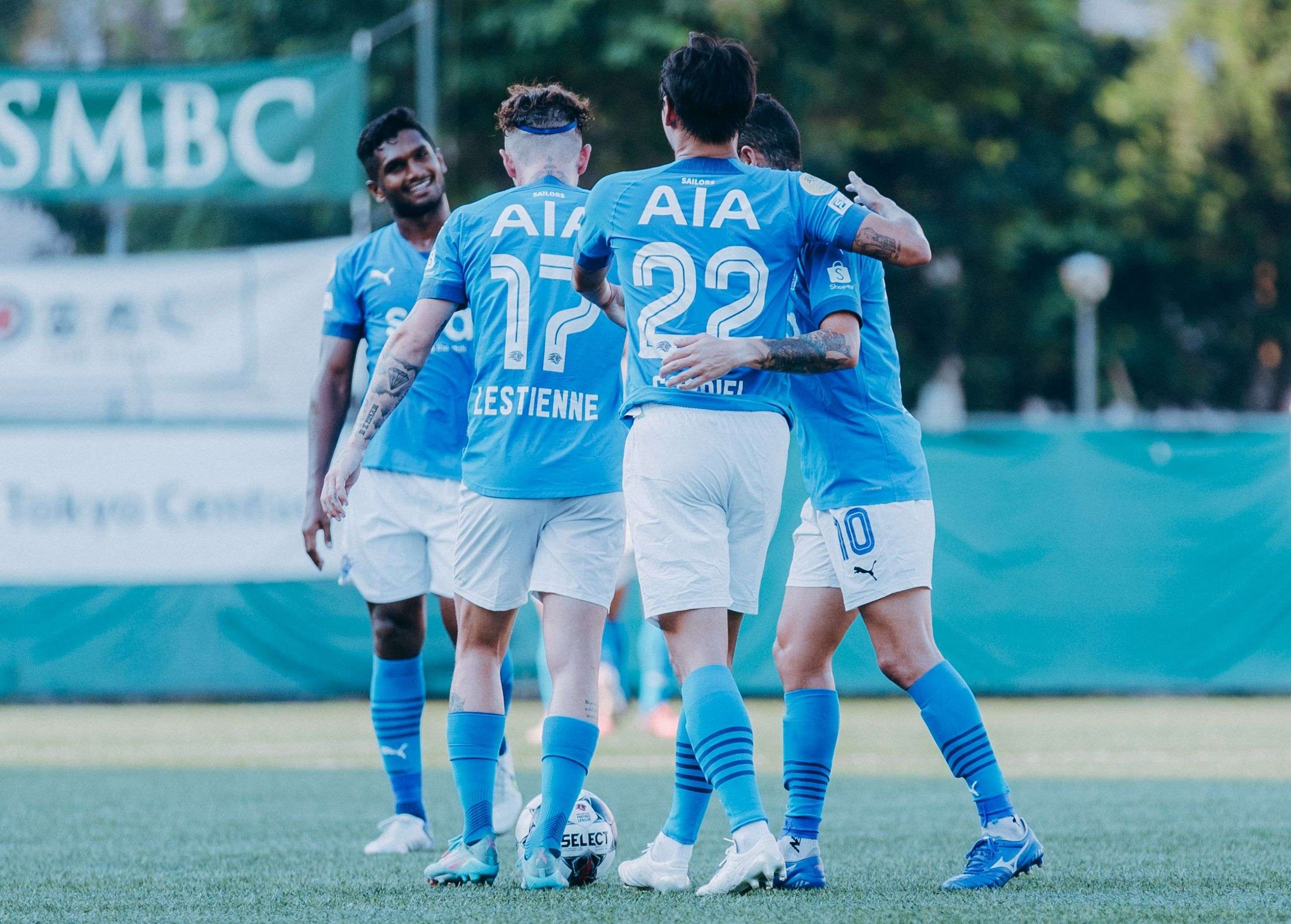 “I can talk all night about individuals, but this was a team effort. The boys gave everything, kept their organisation, their level of focus was top-notch and they didn’t let up until the final whistle.

“What really pleased me is that the boys delivered exactly what we prepared on the training pitch, so credit goes to every one of them,” said the 51-year-old.

Man-of-the-Match Diego sang from the same hymn book after another game that put on display the blossoming inter-continental chemistry between the Brazilian and his Belgian teammate, Maxime.

“Sometimes we players can over-complicate by dribbling too much or taking an extra touch, but actually football can be simple. Maxime and I play simple – one-two and move forward. We practise this a lot in training so it becomes easier when we play the game,” said the former Rio Ave man. 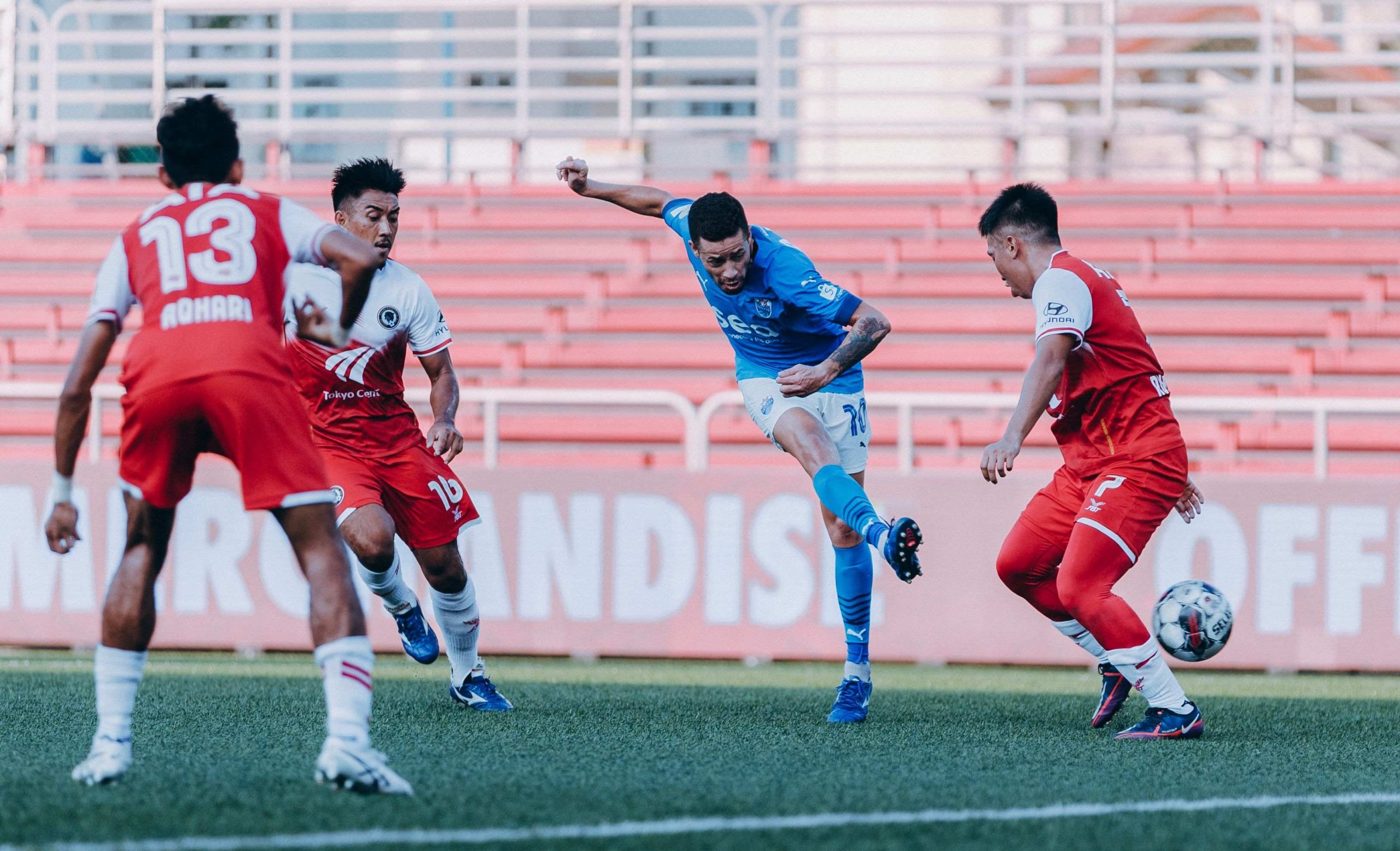 “It’s an important victory to show the strength of our group – not just those who started, but also those on the bench. I received a lot of balls from my teammates which made it easier for me and also helped us to play good team football.”

With Tanjong Pagar making the decision to bench three of their four foreigners and seemingly going for a soak-and-strike approach, the pre-match chatter was that the Sailors will likely have to be patient to wear down the Jaguars.

But the Sailors broke through with just two minutes on the clock.

Maxime was alive and alert in the area to tap home after everyone else had failed to make contact with Hafiz Nor’s deep cross from the right.

The goalscorer then turned provider in the 15th minute with a searing through pass that cut right through the entire Tanjong Pagar defence for Gabriel to slot past Zharfan Rohaizad in the Tanjong Pagar goal. 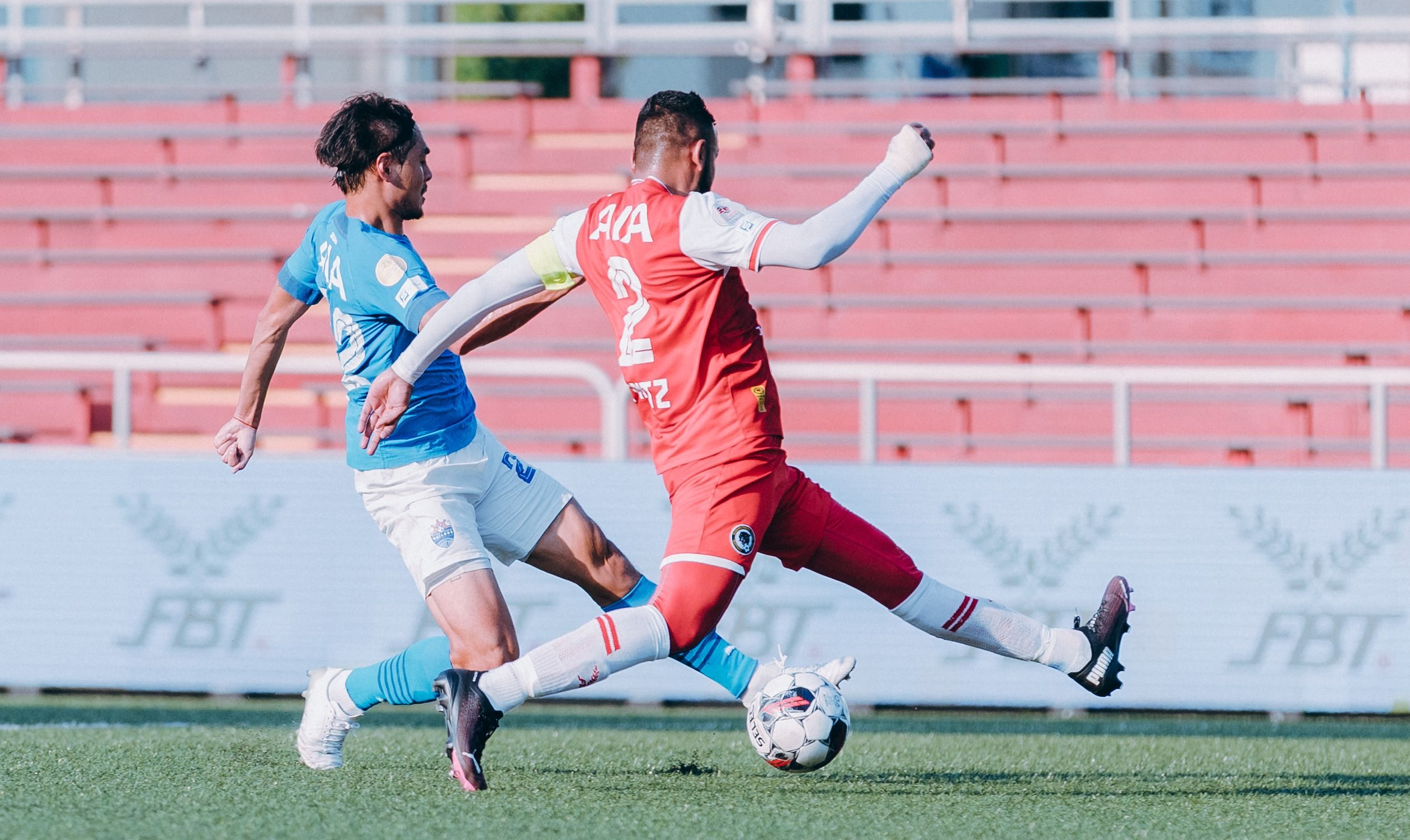 The Sailors continued in the same relentless attacking vein and duly made it 3-0 three minutes later, with Song Ui-young holding up play to tee up Hariss, whose speculative shot from outside the area bounced home after taking a deflection.

Hassan Sunny had to be alert at the other end to pull off a stunning point-blank save from Shodai Nishikawa just before half time to keep the three-goal lead intact at the break.

Tanjong Pagar brought on their big guns in Reo Nishiguchi and Blake Ricciuto in the second half, but it was the Sailors who emerged from the dressing room with more vigour and extended their lead on 52 minutes, with Diego nodding in Maxime’s inswinging cross from the right to cap off a great team move.

The game was sewn up before the hour mark, with Gabriel finding space in the area in the 54th minute, and and thrashed home his second in emphatic fashion, before Maxime chalked up his third assist of the night, teeing up Diego for the Brazilian’s second goal of the night just two minutes later. 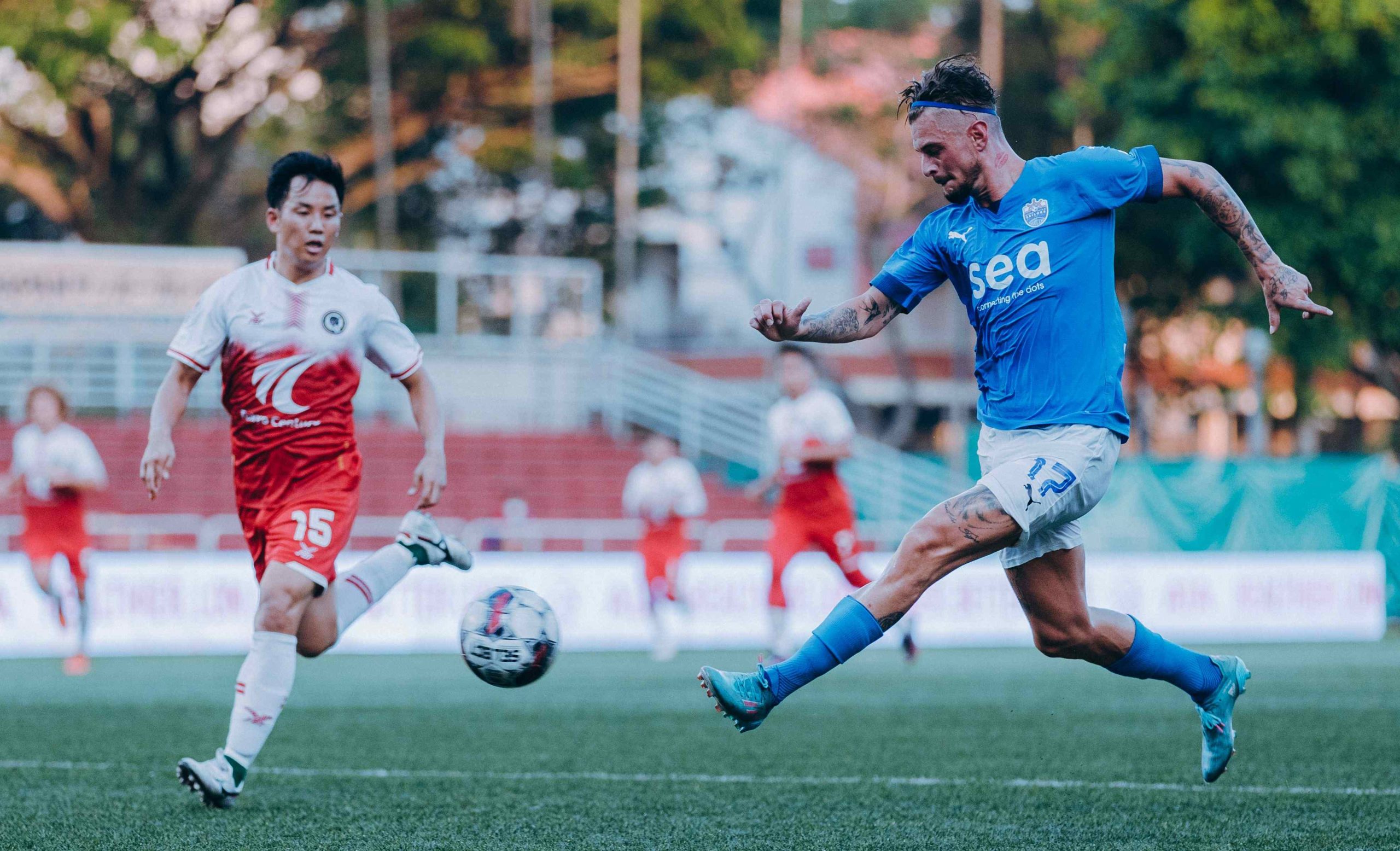 The Sailors kept it tight at the back for the remainder of the match at Jurong East, with Hassan keeping his sixth league clean sheet of the season to round off a good evening’s work for the Sailors.

“We only knew Tanjong Pagar’s starting lineup just before the match, but like I’ve said before, we’re always focused on our own football,” said Kim.

“I told the boys that we just have to stay focused, stick to the plan we’ve prepared, and play the football we want to play. And I’m happy they did exactly that to get the win.” 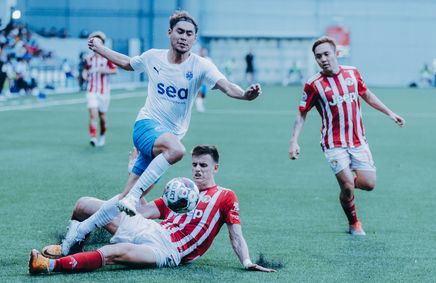 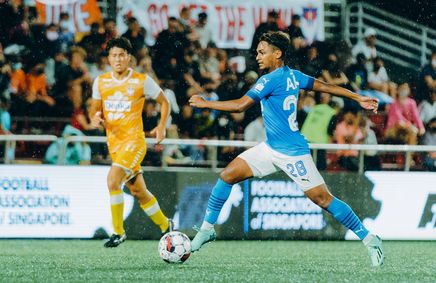 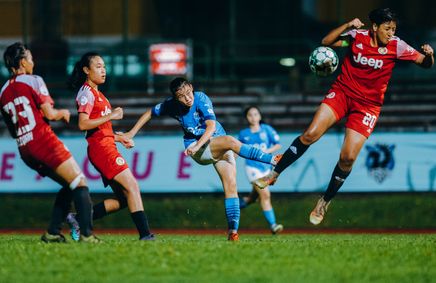 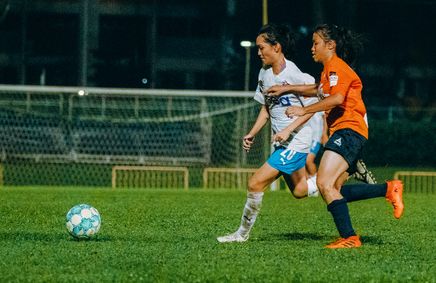