Balestier Khalsa may be on an eight-match winless streak, but Lion City Sailors defensive lynchpin Jorge Fellipe is not taking victory for granted when the two sides meet at Toa Payoh Stadium on Sunday night (8 August).

Under the tutelage of Croatian tactician Marko Kraljevic, the Tigers are known to play an aggressive style of football with strong and powerful players who are not afraid to play the physical game. Jorge is one who clearly knows the threat they pose, especially on set-piece situations, and has emphasised the need for aerial domination.

“In these types of games, the little details may define the result,” explained the 32-year-old, who is one of the tallest defenders in the Singapore Premier League (SPL) at 1.9 metres tall. “It could be from a free-kick or a loose ball in the box that could win or lose you the game.

“We know how difficult it is to play against Balestier at their home ground. Their pitch there is not so ideal as well, so we may not be able to present the best of our football. But it’s not a reason not to perform and I believe our team has the ability to control the outcome of the game.” 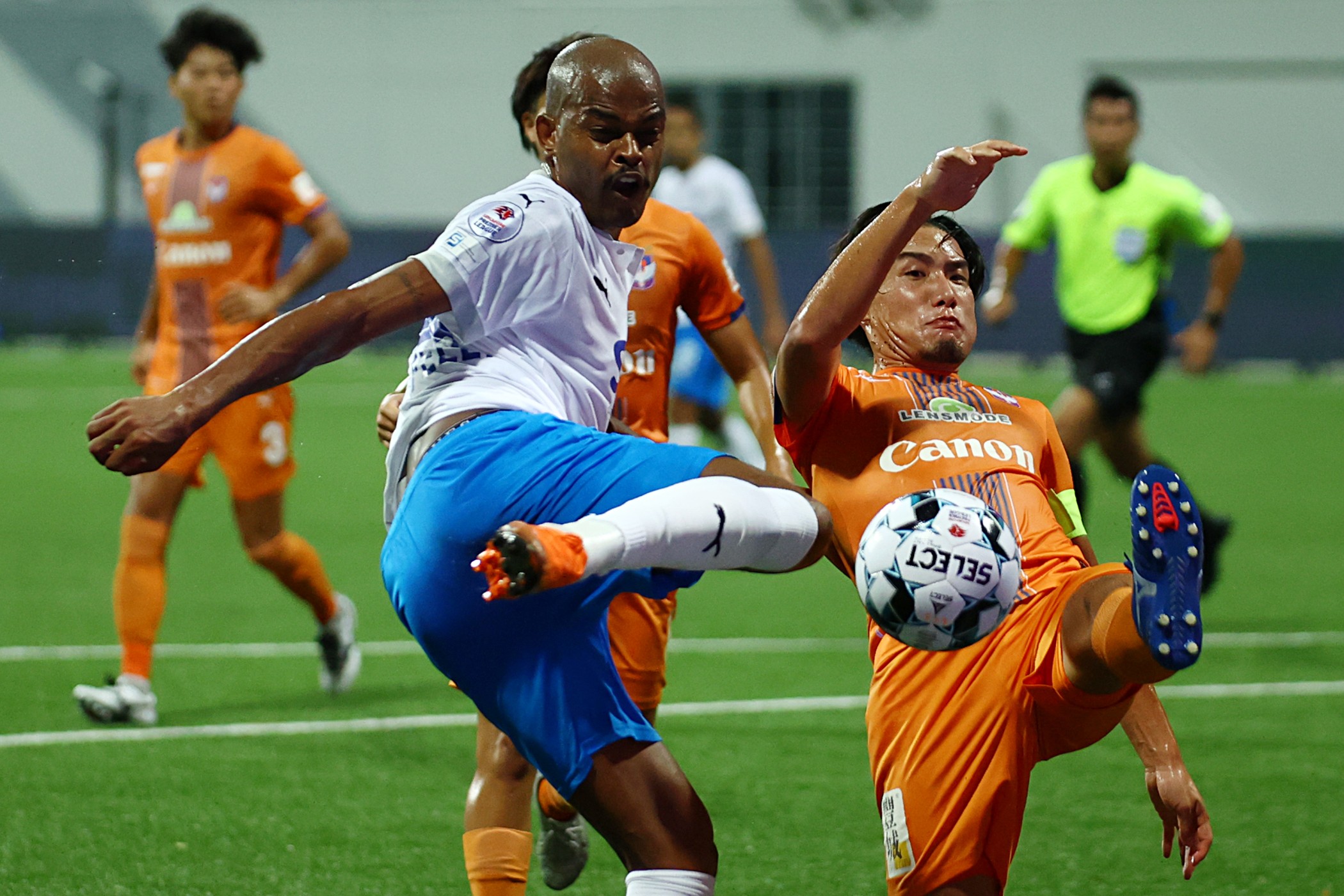 The Balestier game will be another opportunity for the Sailors to showcase the improvement that they have made under Kim Do-hoon since he officially took charge in late June. The Sailors played out an encouraging 1-1 draw against defending champions Albirex Niigata (S) in coach Kim’s first game at the helm on 23 July. The team was much more organised at the back and as a unit – which bodes well for the matches ahead.

It is still very much early days in the Kim Do-hoon era, but the highly successful former Ulsan Hyundai man has wasted little time in making his mark, paying close attention to small details. With the physical work hugely ramped up since he took over, the players are only going to benefit as the Sailors go into the business end of the season.

“Training is very physical and high in intensity under Coach Kim. I particularly like this style and it’s not new to me because I’ve worked with a few other coaches with this style in the past,” said Jorge.

“The load is demanding, but everyone in the team has been adapting well and is eager to learn more from him. I believe this intensity is perfect because it builds us up to perform better in games.” 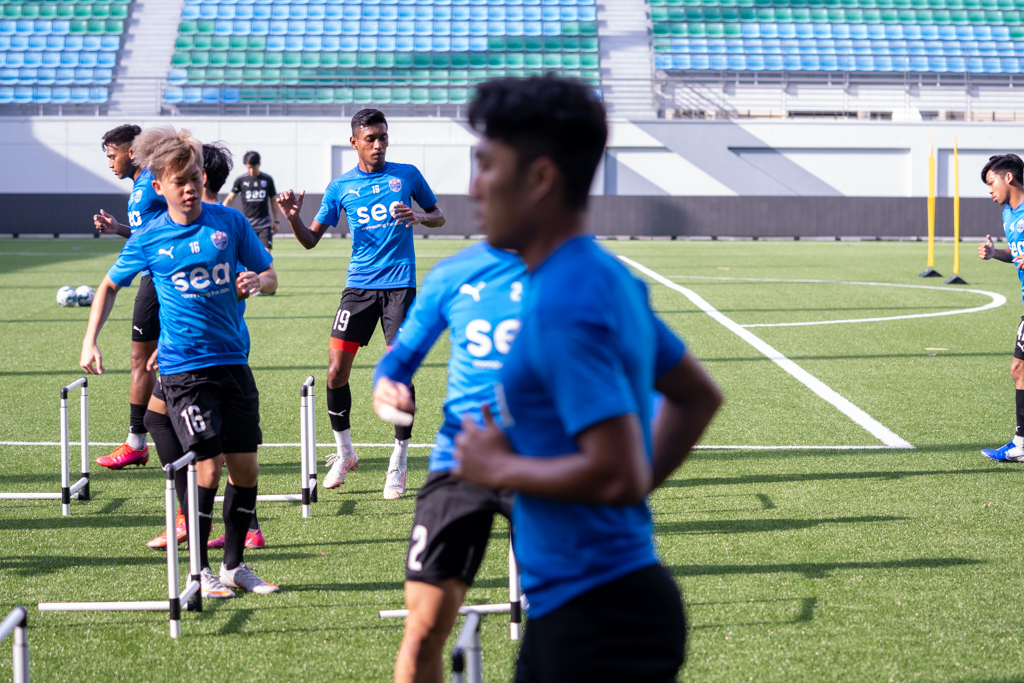 So far it has been a good first year in Singapore for Jorge, who has been an ever-present since he made his club debut in a 3-1 win over Young Lions in early April. Since then, he has played every minute for the Sailors and the team has never lost a game with him on the pitch.

His centre-back partnership with one of Singapore’s best young defenders Amirul Adli is also a key reason in the club’s ongoing best run of form in a nine-match unbeaten run (since a 3-1 loss to Hougang United in mid-March).

“We have an excellent relationship not only on the pitch, but we’re also friends off it,” shared Jorge. “That really helps as the better we understand each other outside and as a person, it will better reflect in our game.

“Me being the more experienced one and him being the younger one, I always try to pass my knowledge on to him. But he is also a superb defender in his own right. The key is communication so we always talk a lot on the pitch so that our partnership can flourish.” 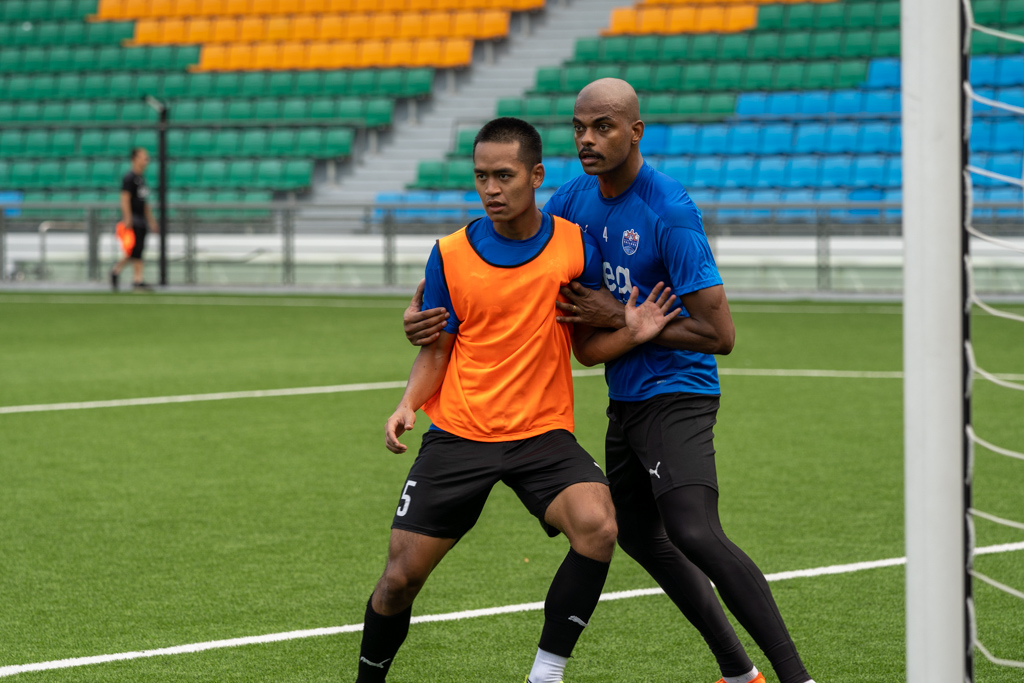 The Brazilian’s towering presence and leadership has also been effective at the attacking end of the pitch, with Jorge scoring two goals to aid the Sailors’ title challenge.

With Saifullah Akbar and Shahdan Sulaiman coming back from suspension to complement new arrival Hariss Harun in midfield, Jorge is excited at the prospect of playing in front of such a quality engine room against Balestier.

“It’s fantastic to be playing right in front of these fantastic players and I’m looking forward to this new midfield combo. They can certainly add more to our game,” he said.

With Albirex expected to pick up all three points against Tanjong Pagar United on Friday, the gap between the White Swans and second-placed Sailors could grow to seven points – although Kim’s men would still have two games in hand. Thus three points against the Tigers is of paramount importance to their title charge.

“The race for the title is still wide open and no one has won it yet,” said a defiant Jorge. “We have to treat each game from now as a final and don’t let the gap grow. We have to be united, be focused and take every three points on offer.”