In their last two matches, Aurelio Vidmar’s men not only thrilled fans with their exciting style of football – as seen in their 4-1 win over Balestier Khalsa – but also showed they were capable of grinding out results, like they did in their 1-0 win over title rivals Hougang United.

Here, we round up the major talking points from those two matches…

Resilience, and an ability to win in more ways than one 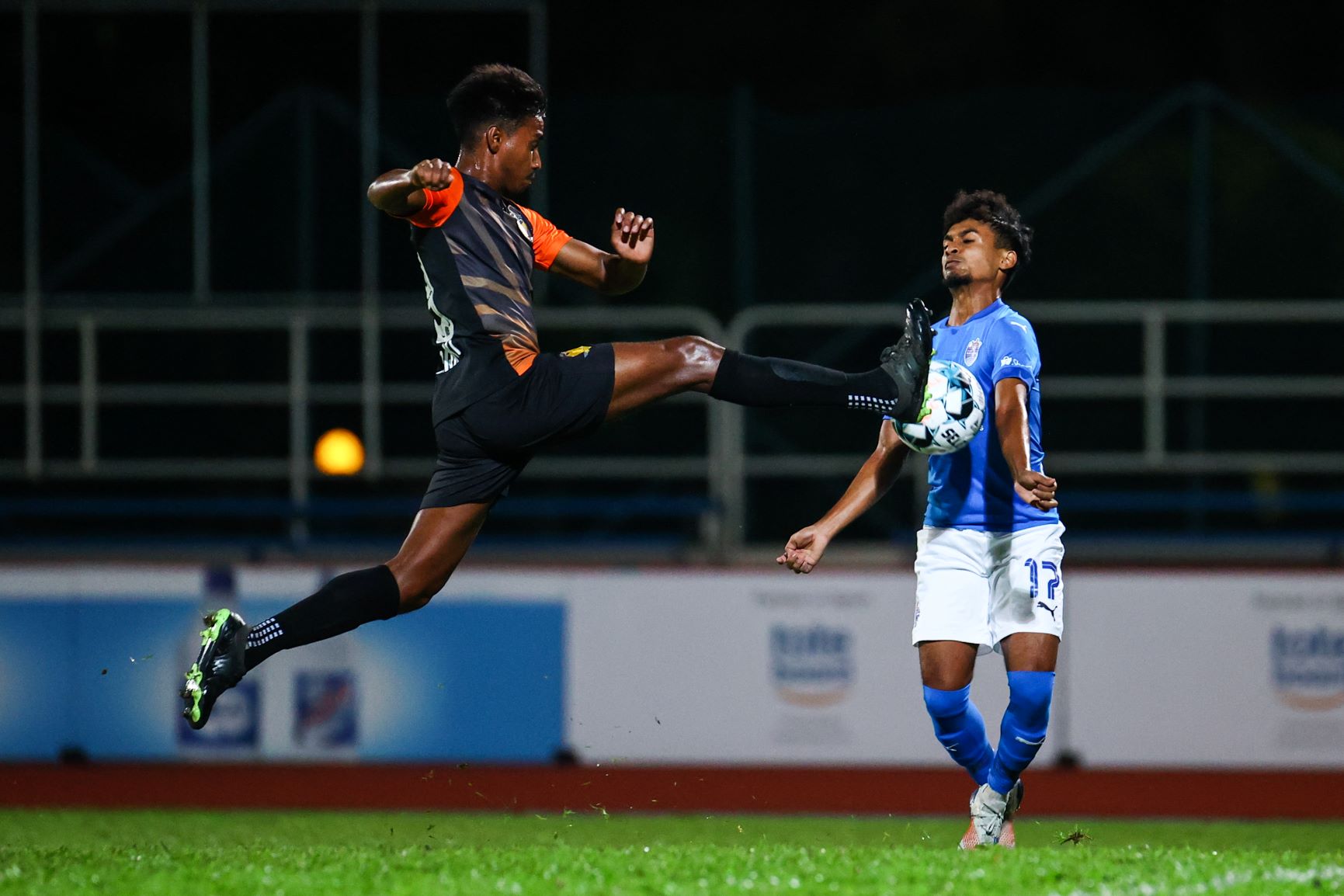 Think of the most successful teams in the world. Apart from having a squad replete with top-level talent and a first-rate coaching set-up, one of the things they all have in common is a winning mentality.

No matter the opponents or circumstances, these teams somehow manage to adapt and find a way to win – and they do this regularly.

On that basis, the Sailors have shown – especially in their last two matches – that they have what it takes to be a title-winning team.

Against Balestier, the Sailors flew out of the blocks and raced to a two-goal lead within 20 minutes. Although the Tigers pulled one back shortly after, the Sailors remained calm and continued to play their typical brand of attacking, possession-based football. And the Sailors were duly rewarded, as they scored two quick goals in the second half to pull further ahead and effectively kill off the game as a contest.

The game against Hougang, however, was completely different. Boasting a talented squad capable of going toe-to-toe with any SPL side this year, Clement Teo’s men had already beaten the Sailors once before – a 3-1 victory at Jalan Besar Stadium – earlier in the season.

But this time at the Hougang Stadium, the Sailors put on a battling and gritty display as they relentlessly pummeled a disciplined and compact Cheetahs side. In the end, it was a moment of magic from Diego Lopes that unlocked the Hougang defence and helped secure the three points for the Sailors.

It wasn’t pretty, but the Sailors dug deep and found a way to win – and that’s all that really matters.

Quality of goals an indication of team’s technical ability 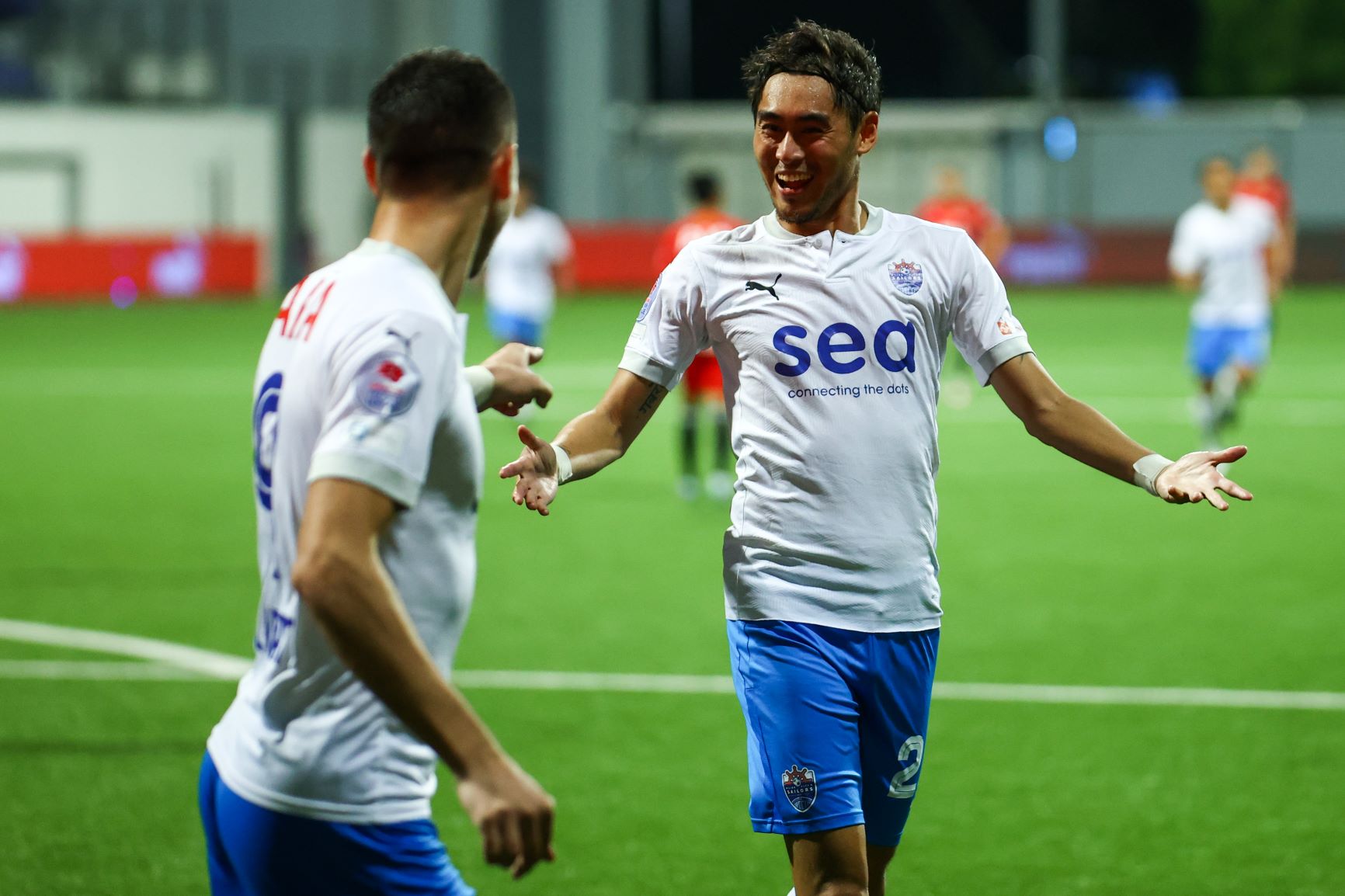 Having spared no expense to improve the quality of their squad over the past two seasons, the Sailors are now reaping the rewards on the pitch with some outstanding performances.

In particular, some of the goals scored by the Sailors this year have lit up the SPL and gone viral on social media.

Take for example Gabriel Quak’s stunning first-time volley against Balestier. The goal has been doing the rounds on social media over the past week, and even caught the attention of FIFA after it was touted as a possible contender for the Puskas award.

A week later, it was Diego’s turn to capture the imagination with his physics-defying effort against Hougang. To have the audacity to attempt that strike is one thing, but then to execute it to perfection the way he did, was nothing short of world class.

But let’s not forget the other three Sailors goals against Balestier– they were all efforts that also required top technical quality to execute, and should be equally appreciated in their own right.

Shahdan’s inch-perfect free kick, which arched into the top left corner, was – dare we say it – Beckham-esque.

And while Stipe Plazibat’s tap-in off Gabriel’s pass may seem like a straightforward goal, it came about as a result of a lethal counter-attacking move that has become a Sailors trademark over the past couple of seasons. The drive and tenacity Stipe showed to sprint more than half the length of the pitch, just so he could be at the right place at the right time to finish off the move, should not be overlooked either.

Last but not least, reigning Young Player of the Year Saifullah Akbar’s goal against Balestier – where he cut inside his marker before firing a crisp shot into the bottom corner – showcased just how much the previously goal-shy midfielder has progressed, especially in the final third, over the past two years.

That we are seeing the Sailors score goals of such high quality is testament to the technical capabilities of their players. But it is not just the individuals who have shone – as a team, the Sailors have also impressed with their lightning-fast build up from back to front. As long as the team continues to play at such a high level, Sailors fans can look forward to seeing more of such top-drawer goals in the future.

The kids are alright 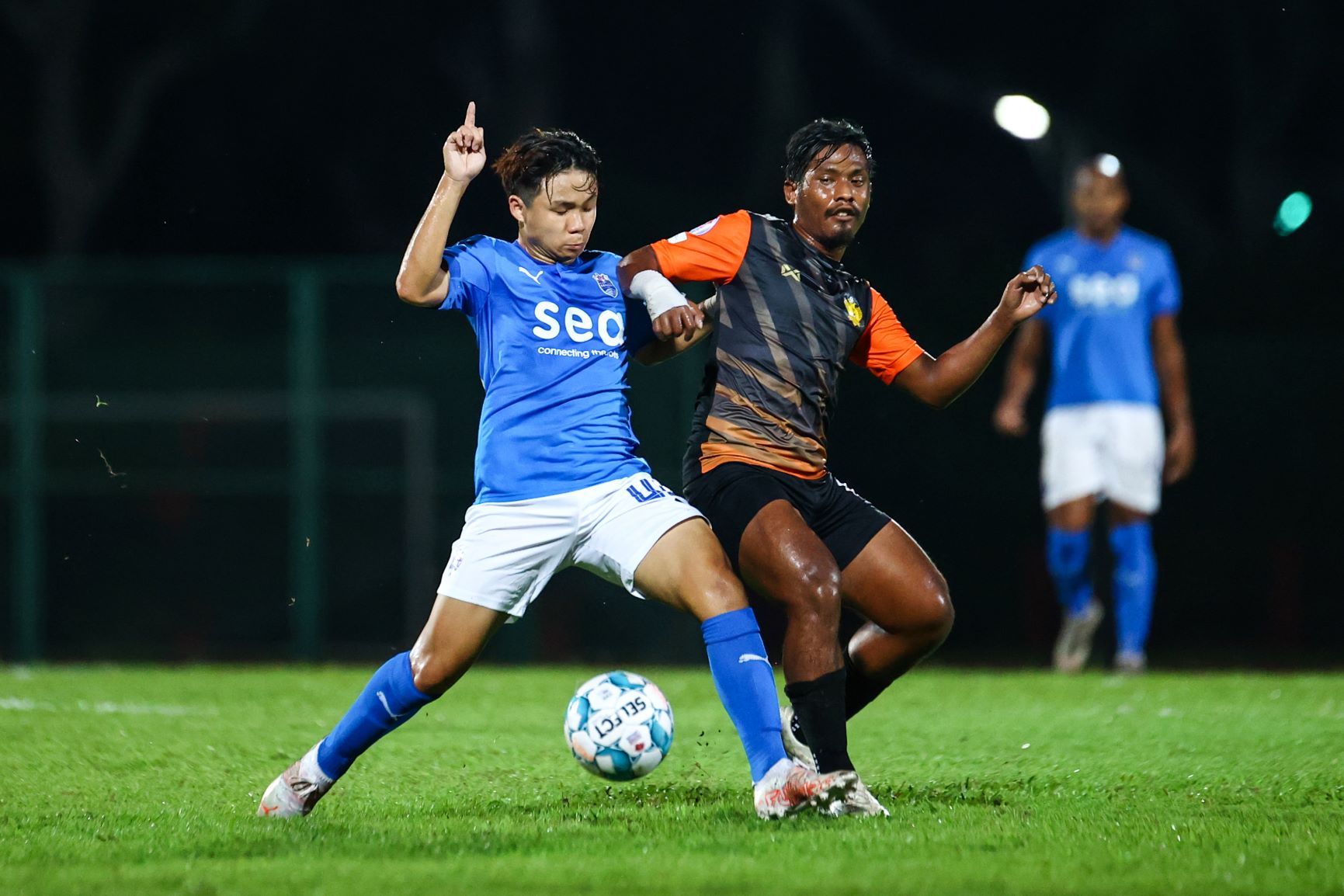 When Aniq Raushan and Glenn Ong were named on the Sailors’ teamsheet against Balestier, the majority of fans and local football observers probably asked themselves: Who?

If they didn’t know the two players back then, they definitely do now.

Thrown into the deep end against the Tigers, the pair of 17-year-olds proved that they were on the pitch that night not simply to make up the numbers, but because they were good enough. While nominally a centre-back, Aniq was deployed in a somewhat unfamiliar position as a right-back, but still managed to hold his own as he roved up and down the flank to provide support at both ends of the pitch. He was subsequently rewarded with his first full 90 minutes against Hougang, where he once again acquitted himself well with a stable, all-rounded performance.

A hardworking central midfielder, Glenn was an enterprising presence in the middle of the pitch and looked right at home alongside the experienced Shahdan Sulaiman. His confidence on the pitch was evident right from the start, as his first significant action at this level was to put in a no-holds barred challenge to win the ball off Šime Žužul. Earning himself another start against Hougang, Glenn displayed his ability to retain possession, and made several intelligent passes before being replaced by Song Uiyoung after the break.

It will come as little surprise if Aniq and Glenn continue their run in the first-team in the coming matches. What is clear, however, is that the Sailors are firm believers of youth development, and are unafraid of blooding youngsters if the coaching team deems them ready.

It remains to be seen if more youngsters will get a chance to make their debuts for the Sailors this season, but for now, with the likes of Aniq, Glenn, Saifullah, Haiqal Pashia and Justin Hui in the team, the Sailors’ future looks bright.