The Lion City Sailors continued to thrill under the tutelage of interim Head Coach Luka Lalić as they swept aside Hougang United 9-4 in an incredible game at Hougang Stadium on Friday (26 August) night.

This was the third straight big-margin win following 10-1 and 7-0 victories over Young Lions and Tanjong Pagar respectively.

The game went down in the Singapore Premier League (SPL) record books, with the total of 13 goals the most ever scored in a single match in the league’s 27-year history. The previous record of 12 took place on four previous occasions, most recently in May 2017 when Home United beat Brunei DPMM 9-3.

Despite the team chalking up 26 goals in three outings and going six points clear at the top of the table – albeit temporarily, before Albirex Niigata (S) take on Tanjong Pagar United on Saturday evening (27 Aug) – there were still issues that irked Luka. 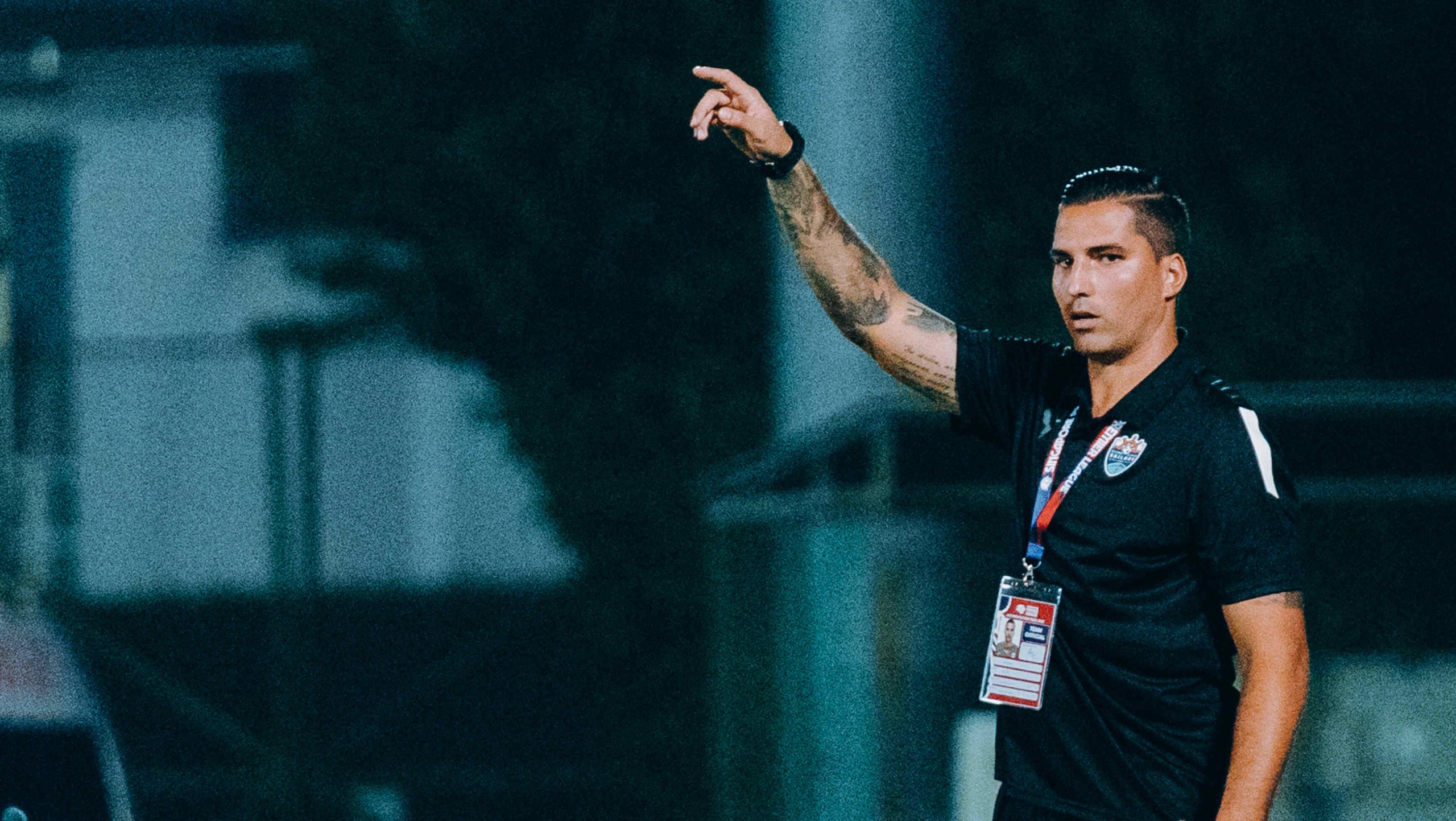 “We created a lot of chances and scored a lot of goals, sure. But we also made several silly mistakes. Hougang had a really good plan; they exposed us a few times, which we cannot and shouldn’t allow. There are several lessons to take from this game,” said the 35-year-old.

“And we cannot speak about this game without talking about Hougang’s goalkeeper – he’s really young and a super talented boy. He shouldn’t be that disappointed after tonight; without him, the score could have been much more,” said Luka, who along with Sailors captain Hariss Harun, walked to Aizil Yazid immediately after the final whistle, put their arms around him, and offered consoling words.

“So, commiserations to him and I’m sure he’ll bounce back from this.” 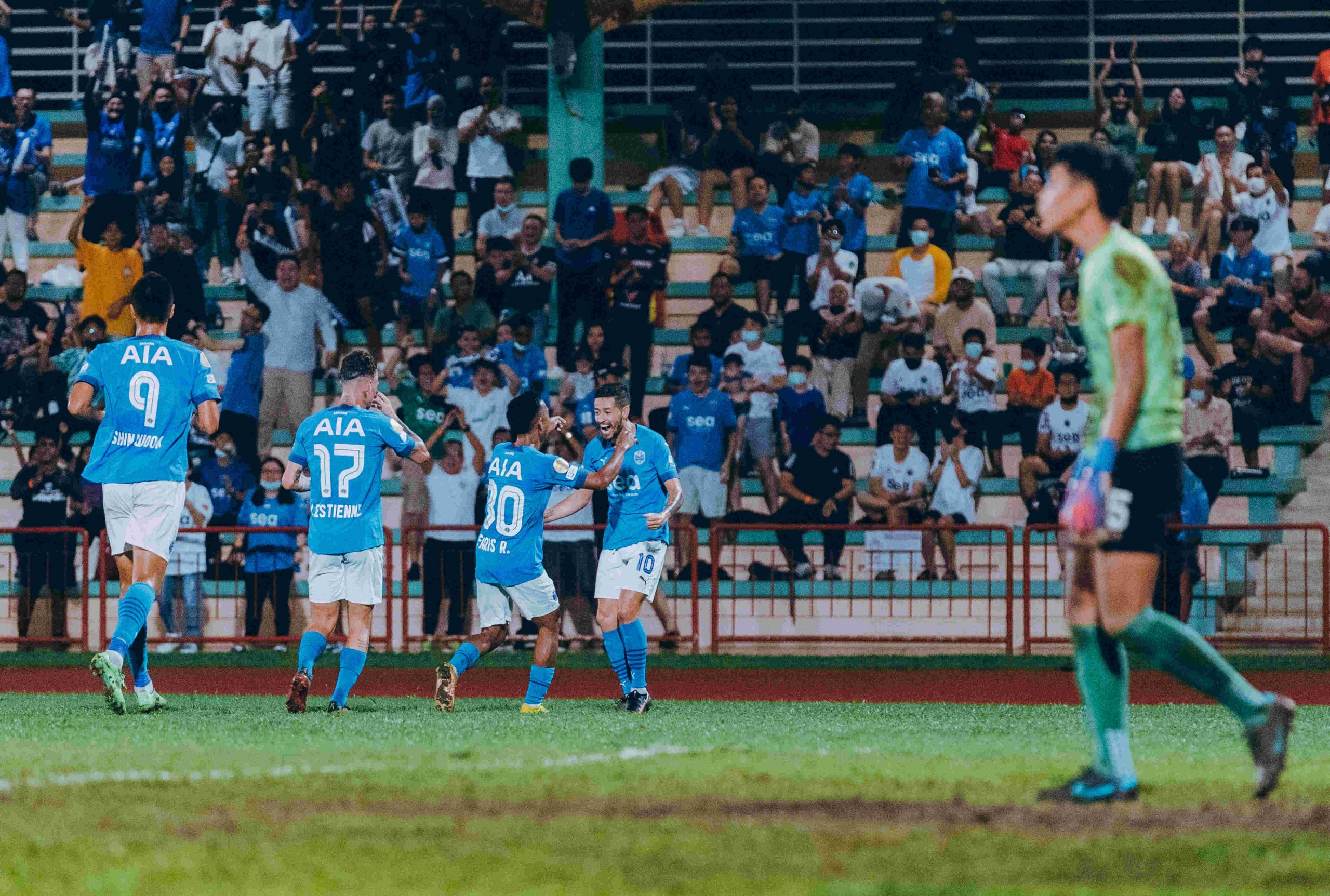 The night did not get off to the smoothest of starts for the Sailors as they went behind for the first time under Luka’s reign, with Shawal Anuar hooking in Kristijan Krajček’s free-kick after just nine minutes.

That stung the champions into action, with Pedro Henrique prodding home a rebound and Diego Lopes meeting Hafiz Nor’s cross with a firm header in the 11th and 13rd minute respectively for a quick turnaround.

Faris Ramli then benefitted from Maxime Lestienne’s low cross to sweep home a third on 28 minutes, before Kim Shin-wook – who has been in fine form lately – got onto the act with goals in the 33rd and 44th minute to net for a fifth straight game. 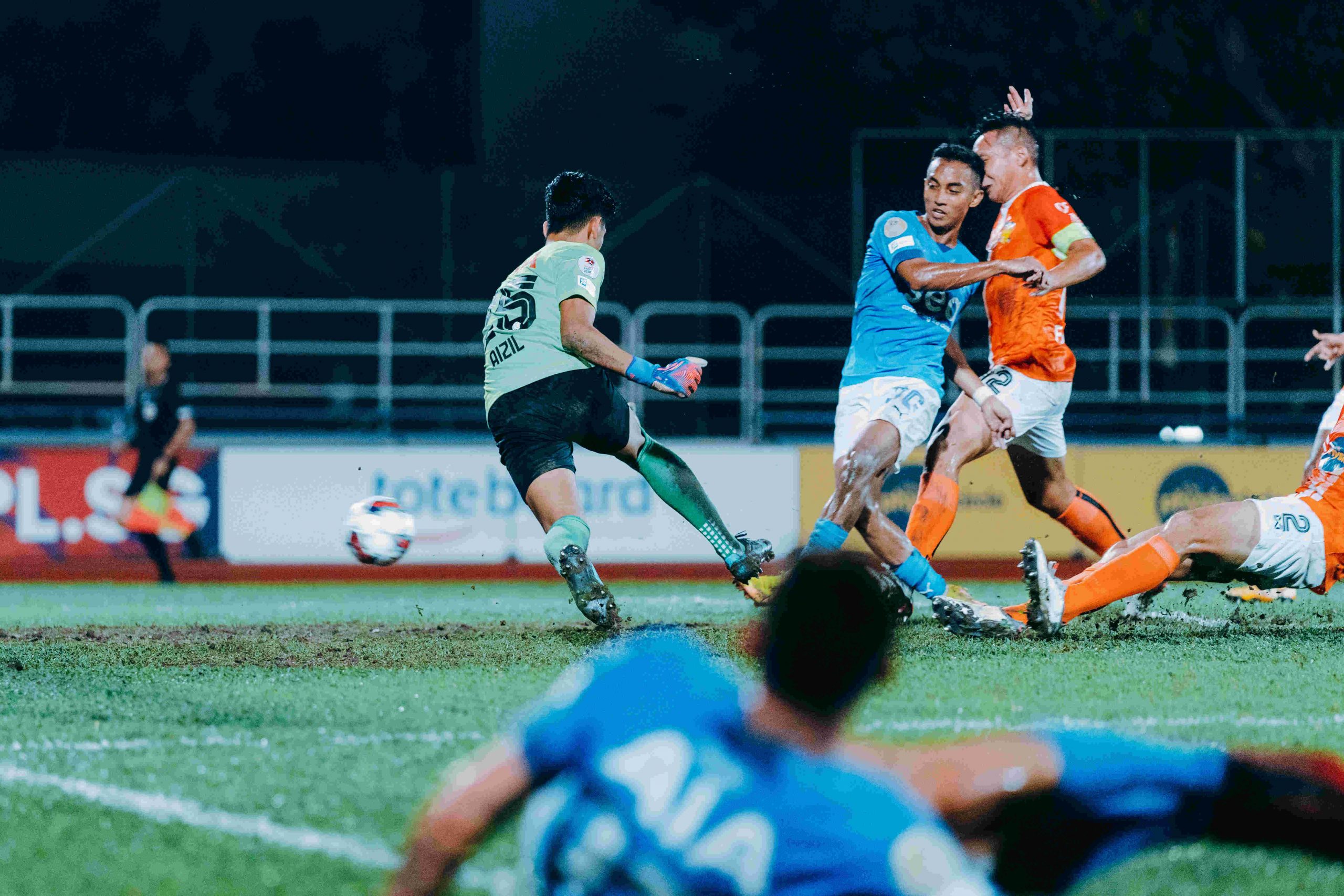 The Sailors led 5-1 at the break and scored a sixth through an emphatic Maxime drive that evaded Aizil at his near post on 51 minutes, before Hougang rallied and pulled two goals back through Amy Recha in the 54th and 58th minute to narrow the deficit to 3-6.

Luka’s charges kept piling forward, with Maxime setting up Shin-wook for the latter to score his fourth hat-trick – and 20th goal – of the campaign on 67 minutes. The Belgian then made it a hat-trick of assists for himself, laying the ball on a plate for Faris to convert his second of the night just a minute later.

Song Ui-young then came off the bench to net a terrific piledriver from the edge of the box in the 80th minute to make it 9-3, before Pedro Bortoluzo scored Hougang’s fourth deep into injury time to round off a goal-packed evening at Hougang.

With three convincing wins in as many games, Luka has gotten off to a good start as Sailors interim Head Coach but he is already looking ahead to their next task – a home game against Geylang International next Sunday (4 September).

“I mentioned before that we’re going to play attacking football, so it’s going to be more of the same. It’s obvious that we have individual quality in the team and we need to take full advantage of that,” said Luka.

“It’s nice to see them enjoying and expressing themselves on the pitch, but we’re not going to stop here. There are several things to improve on and we need to keep improving. There are six more games to go and our minds are firmly set on retaining the title for the club.”