The sluggish start to Sunday evening’s Singapore Premier League match against the Young Lions saw Aurelio Vidmar’s charges pepper the opposition goal with 11 shots, but still fail to find the back of the net.

But a goal within 30 seconds of the second half saw the Sailors romp to a 5-0 victory at the Bishan Stadium, in a result that has set the tone for what will be a sprint to end of the shortened SPL season.

“I was frustrated because I missed a chance in the first half, and we didn’t play our best football. But we came out of the locker room determined to make up for that terrible first half, and luckily, we scored very fast – that goal changed the momentum,” said frontman Stipe Plazibat.

It was the unfortunate Young Lions skipper Jacob Mahler who bundled a Gabriel Quak cut back into his own net in the 46th minute. But even if the excellent Mahler had not touched the ball, Stipe was lurking at the far post for what would have been an easy tap in. 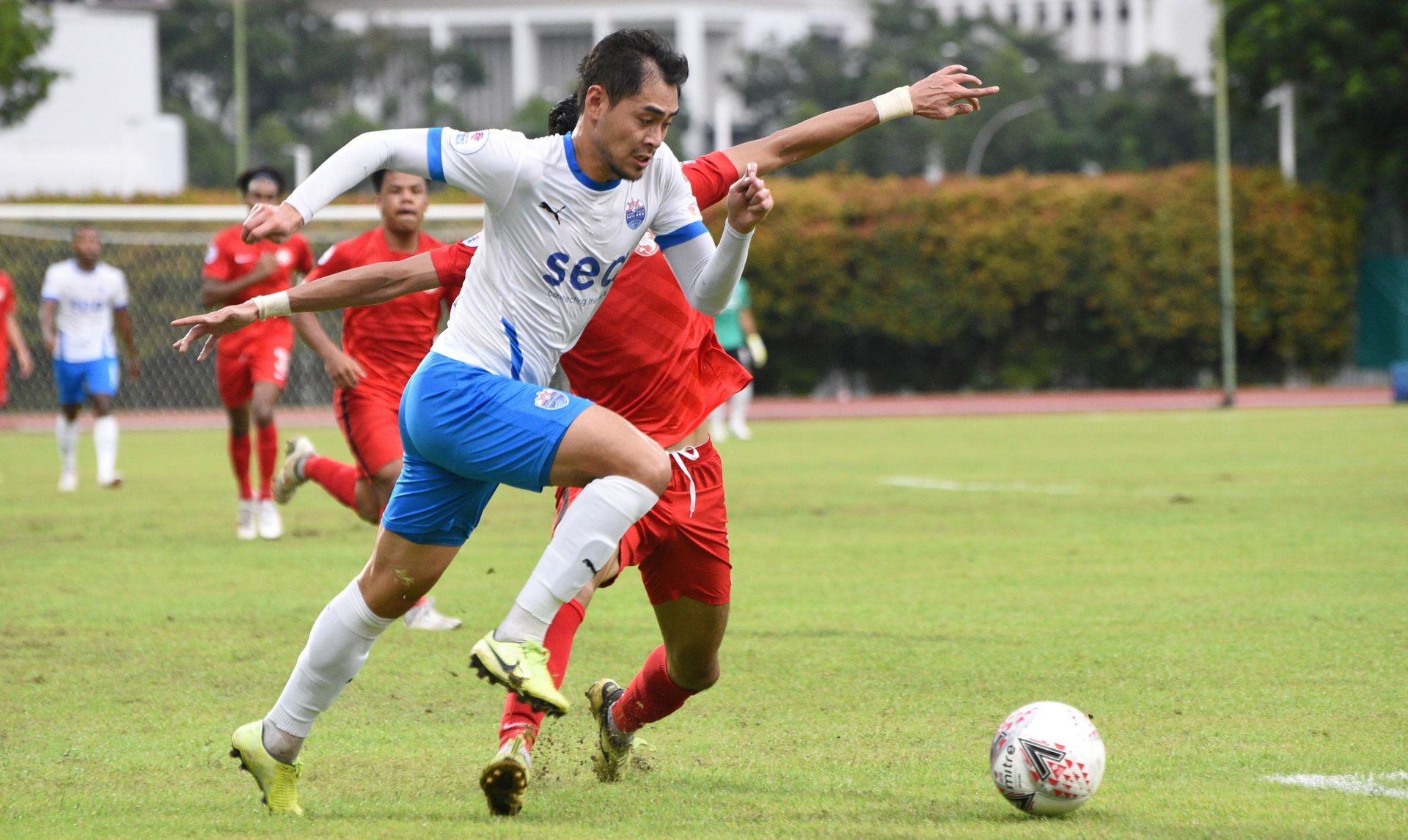 Stipe did get on the score sheet later – twice. The first came in the 76th minute, an improvised volley to finish off a good cross from substitute Adam Swandi; and the second was a clinical penalty in the 82nd minute, after Adam was adjudged to have been fouled.

Stipe’s goals were sandwiched by a 70th minute Adam diving header and a 92nd minute Gabriel goal – both of which were created by the Croat.

“Gabriel deserved a goal in this match, and after I took the penalty, I told him that I wanted him to score. Passing him that ball was a good opportunity for me to pay him back for his assist for me in the 4-0 win over Geylang International,” said the 31-year-old Stipe.

It was this unity and ability to bounce back from a poor first half that brought a smile to Aurelio’s face – especially with the challenging month ahead of the Sailors.

“We couldn’t get on the pitch (the night before the Young Lions match) to train because the lightning alarm was on for several hours, maybe that had some sort of an effect in the first half. But we grew in the second half,” said Aurelio.

A Lightning Warning System is in force at sporting facilities across the country. Once activated, activity will only be allowed after it has been established that the threat of lightning activity has subsided.

“I was pleased with the result, 5-0 is a good win and we’ve got a difficult month coming up – nine games in 34 days – that’s going to be extremely difficult,” said the former Australia skipper.

The Sailors face Hougang United on Wednesday, and will play six more matches in November. They will end their SPL season in early December, after facing Tampines Rovers (2 Dec) and Balestier Khalsa (5 Dec).

The Sailors are now fifth in the eight-team standings, on seven points, five behind league leaders Tampines. Their next opponents, Hougang, are in the fourth spot with eight points.

Added Aurelio: “By the middle of November, I’m not going to be too fussed about how we’re doing things. It’s really about getting everyone fresh, and trying to get a result in every game now.”