The Sailors produced a real statement of intent on Saturday evening (Nov 7) as they beat a high-flying Balestier Khalsa side 7-1 to reduce the gap between them and Singapore Premier League (SPL) leaders Tampines Rovers to five points.

Aurelio Vidmar’s charges flew out of the blocks and found themselves 5-0 up by the 35th minute courtesy of Stipe Plazibat’s well-taken hat-trick, as well as one apiece from Song Ui-Young and Saifullah Akbar.

The Sailors then put the icing on the cake with further strikes from Tajeli Salamat and super-sub Adam Swandi sandwiching a consolation goal by Balestier’s Kristijan Krajček.

Here, we look back on three talking points from an excellent outing for the Sailors.

Stipe’s not just a goalscorer

How can we start this piece without mentioning the contributions of our main man upfront?

It is clear that the club acquired Stipe in the mid-season transfer window mainly for his goalscoring ability – as seen over the years in the SPL, and even in his short time with the Sailors so far. It is clear, Stipe is a player who hits the back of the net on a regular basis.

However, his incredible goalscoring prowess has perhaps overshadowed other qualities that he brings to the team. Stipe’s not just an old-fashioned number 9 who stays in the box to finish off the chances that come to him. He’s a modern centre forward who brings his fellow attackers into play with his intelligence and spatial awareness.

We’ve already seen glimpses of that in previous games against Albirex Niigata (S) and the Young Lions where he laid on goals for Song, Adam and Gabriel Quak. And he was at it again against Balestier, with two more clever assists to set up Song and Saifullah.

For Song’s goal in the 19th minute, the Croat expertly controlled Naqiuddin Eunos’ low cross before taking Balestier centre-backs Jufri Taha and Fadlis Kamis completely out of the game with a deftly lofted ball for Song, who slammed it home from a tight angle.

He repeated the trick 15 minutes later by unselfishly squaring across goal for Saifullah to sweep home when it seemed like the most obvious option was to pull the trigger. Finally, in the 65th minute, Stipe cleverly sold a dummy that completely bamboozled the Balestier defence, giving Adam the time and space to place his effort into the bottom corner of the net.

Being involved in six of the Sailors’ seven goals, it was a good evening’s worth of work for Stipe. For fans of the Sailors, it is a tantalising prospect to see this well-rounded striker firing on all cylinders as we head into the business end of the season.

Sailors finally get off to a fast start

It has been clear that the Sailors have not started games particularly well since the SPL restarted in mid-October. In our prior games against Albirex, Young Lions and Hougang United, we found the going tough in the first 45 minutes, and only hit the right notes in the second half.

That was a pain point Coach Aurelio and the team had to fix quickly and boy, did they do that against Balestier. There was clear urgency from the get-go, with the support cast of Saifullah and Song linking up well with the front three of Stipe, Gabriel Quak and Haiqal Pashia on several occasions in the first half.

The first goal came off the Sailors’ first real chance, a confidence-booster that set the tone for the rest of the game. Thereafter, the team kept creating chances and could have found themselves commanding an even larger lead at half time, if not for the intervention of Balestier keeper Zaiful Nizam and the woodwork.

A five-goal advantage at the break meant the Sailors could afford to take the foot off the gas a little in the second half and play with less intensity to conserve their energy for the upcoming games – another advantage of starting games well. Of course, it is unrealistic to expect the boys to rack up an unassailable lead by half-time in every game, but given the quality of the Sailors’ attackers, it is well within the boys’ ability to be leading by a goal or two within the first 45 minutes.

As Stipe nodded in Shahdan’s superbly-delivered free-kick in a carbon copy of his first goal to complete his hat-trick, it would have been easy to believe that the Sailors are a serious threat from set-pieces. But it was surprising to learn that we had only scored once through a non-penalty set-piece (Stipe’s debut goal for the Sailors against Geylang) this season prior to this game.

Throughout the first half, we looked dangerous whenever there was a set-piece situation, and could have scored another if Kaishu Yamazaki’s header off Shahdan’s outswinging corner did not come off the post. Is this a sign of things to come?

Set-piece plays are a key weapon in every team’s arsenal. In tight games where the opposition is tough to break down in open play, a well-executed set-piece could be the difference between one point or three.

With Shahdan’s uncanny ability to whip in a good ball to pick out his teammates, coupled with the the aerial prowess of Stipe as well as defenders Kaishu, Tajeli and Abdil Qaiyyim, the Sailors ought to be taking full advantage to score more via set-pieces. And who knows, that may eventually prove decisive in our pursuit of the SPL title. 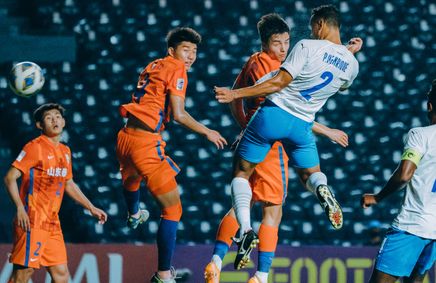 Sailors rise to the occasion, but more lessons to be learnt on ACL adventure 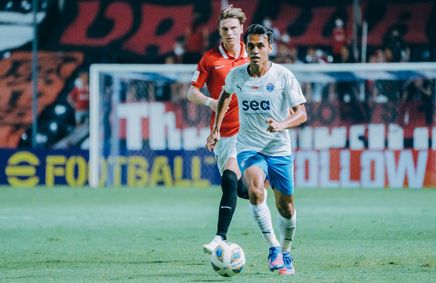 A positive mindset and a positive approach: Sailors ready for Daegu test