As the final whistle sounded at the Jalan Besar Stadium on Friday night, a number of heads hung low while some in the Lion City Sailors ranks sank into the ground – and understandably so.

The Sailors looked like they had done enough to see out a victory, but with just seconds left to play, the Sailors failed to pick up the run of Ryoya Taniguchi, whose header trickled over the line.

That last-gasp goal saw the game end 1-1 and ensured that Albirex remain five points ahead of the Sailors – albeit having played a game more – and with the Sailors having just three games left to play, the title pendulum has swung back in favour of Albirex.

“It’s surely not over and mathematically it’s still on. We just have to focus on ourselves to get the remaining nine points and hope Albirex drop points somewhere,” said Sailors captain Hassan Sunny, refusing to throw in the towel. 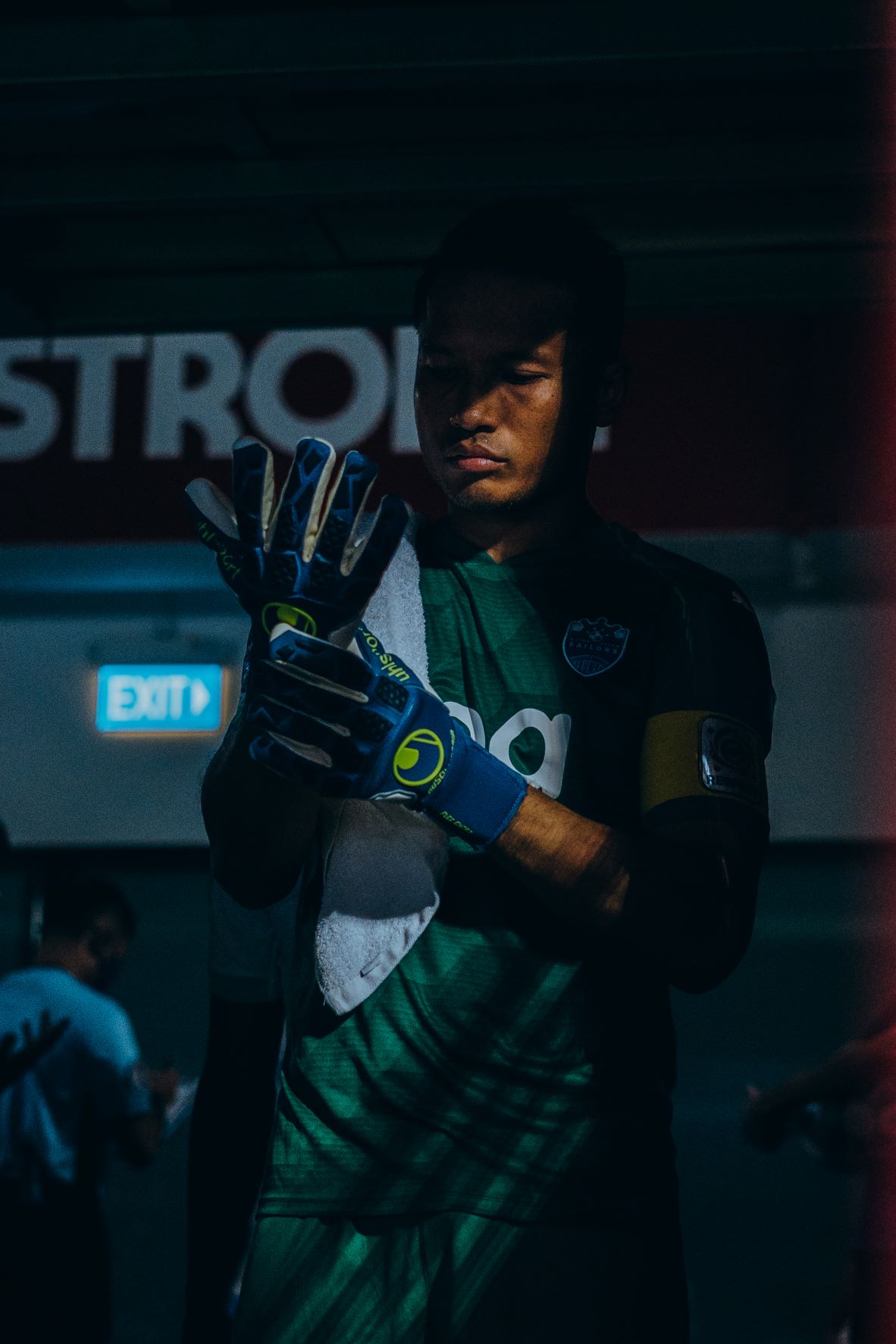 The Sailors will now have to win their final three respective matches against Tampines Rovers, Geylang International and Balestier Khalsa, while hoping Albirex drop points against either Tampines or Tanjong Pagar United in their final two outings to get their hands on the coveted SPL trophy.

“It’s not impossible – Tampines are still a very good team and Tanjong Pagar managed to beat Albirex only recently. So stranger things have happened,” added the Singapore international.

Reflecting on the Albirex equaliser, Hassan admitted his side “only have themselves to blame” for not dealing better with that situation.

“We should have done better to cut out their long ball and be smarter in terms of killing the game,” said the 37-year-old. “This just goes to show that football is truly about the 90 to 95 minutes – just one lapse of concentration cost us the three points and we must learn from this.”

Those who watched the game could not help but wonder if the goal could be prevented if Jorge Fellipe was still on the pitch. 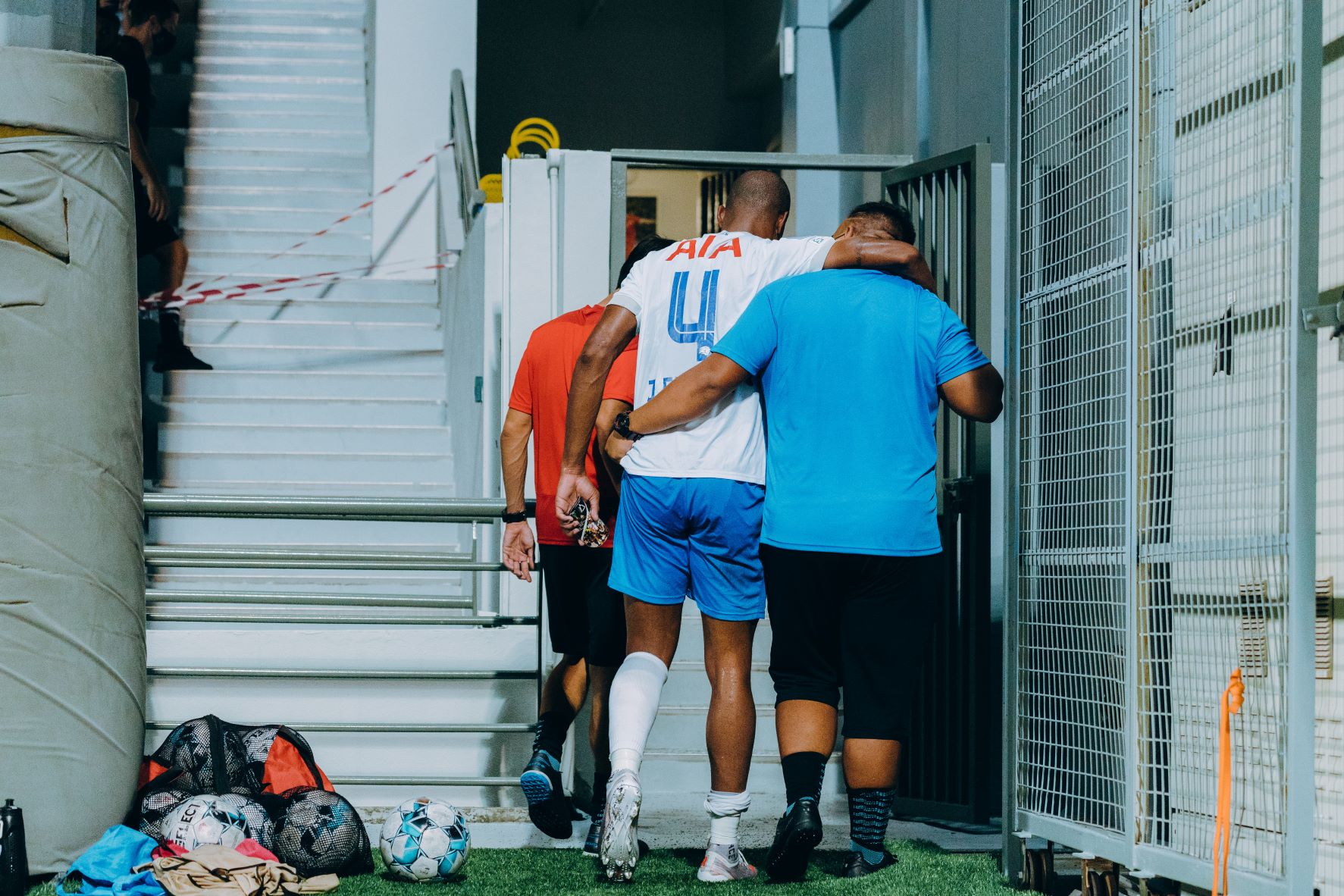 The 32-year-old – who was the Sailors’ two-goal hero the last time out – had to be replaced by Amirul Adli in the 55th minute after going down with an ankle injury. Up until that point, the towering 1.9m Brazilian defender had been immense at the heart of the Sailors defence and winning almost every aerial duel.

“We definitely missed his presence at the back,” reflected Hassan. “With him around, we didn’t need to worry that much about those aerial balls. When he went out, we simply didn’t have someone of his stature and abilities to fill in for him. Hopefully he recovers fast enough for the next game.”

The Sailors would surely look back on this game as two points lost after putting up a creditable display for the majority of the match to stifle a well-drilled White Swans side in front of a partisan 1000-strong Jalan Besar crowd.

Song Ui-Young did an admirable job to fill the void of the injured Stipe Plazibat upfront with his industry and willingness to press the Albirex defenders whenever they were in possession. It was the newly-minted Singaporean who started the lovely move for the Sailors goal.

Playing a simple pass to Gabriel Quak, the latter then released Faris Ramli – who raced down the right before whipping in an inch-perfect low cross for Pashia to fire past Takahiro Koga from close range. 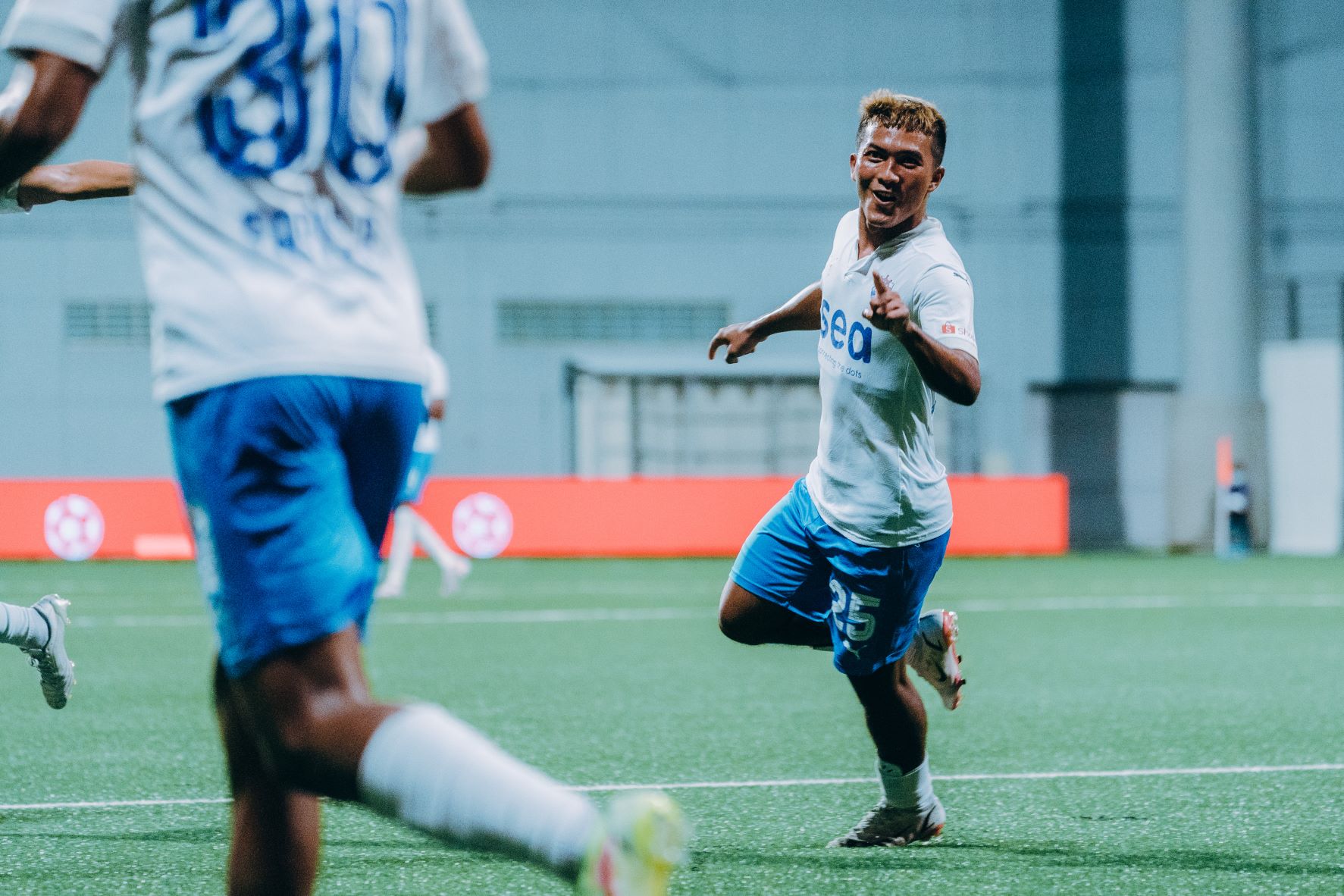 Pashia could have made it 2-0 just before half time following a similar passage of play on the right wing, but from six yards out, he somehow fired wide of the gaping Albirex goal.

Gabriel then struck the bar from a tight angle just minutes after the restart, while substitute Hafiz Nor also had a shot from outside the box turned around the post by Koga.

For the last half-hour, the Sailors worked incredibly hard to keep Albirex at bay. Adli did reasonably well to deputise for Jorge alongside Hariss in defence, with full-backs Tajeli Salamat and Nur Adam Abdullah also putting their bodies on the line.

Nur Adam did well to cope with the double threat of Kazuki Hashioka and Kuraba Kondo down the Sailors’ left flank, while Hassan was assured in the Sailors goal, pulling off a wonder save to deny Taniguchi late on, but was powerless to stop the latter from converting the equaliser thereafter. 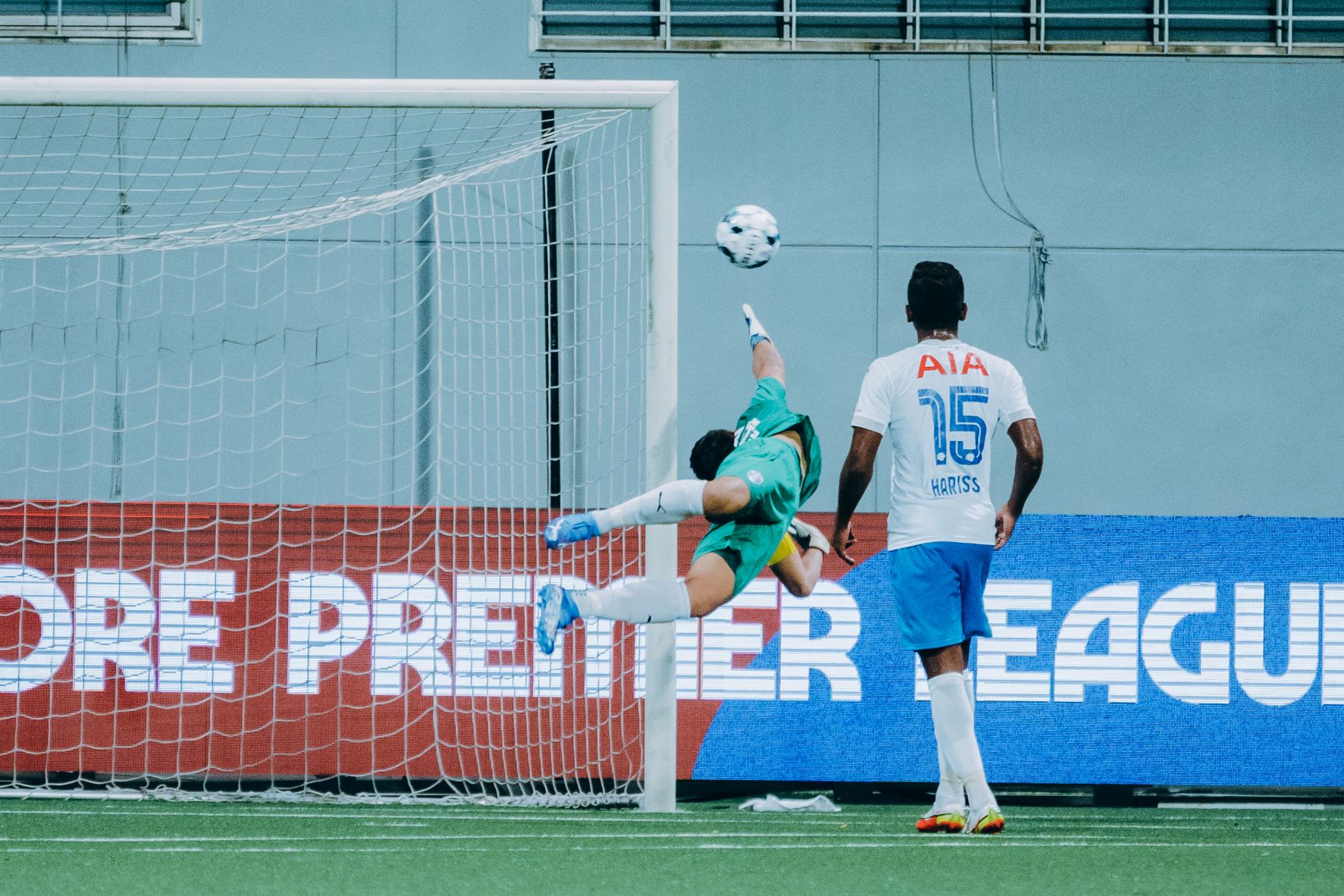 Despite the huge body blow to the Sailors, Hassan called for the Sailors to focus on the next task at hand – an away game against fourth-placed Tampines on Tuesday (21 Sep) night.

“I think everyone can see we played well and the boys really ran their lungs out,” said the custodian who has 85 Singapore caps to his name. “Now the game’s over and we need to move on. There’s no point pointing fingers at anyone. We have to stick together as a team.

“I told the boys that this is just one of those games where we gave everything but things didn’t go our way. We’ve to fight in our last three games like how we did against Albirex,” he added.

“I can assure you that everyone in this team is mentally strong and we cannot wait to redeem ourselves against Tampines.”