It is the duty of every Singaporean son, and a vital facet of the nation and our nationhood.

Embracing the importance of National Service (NS), both to the country and its citizens, the Lion City Sailors Football Academy have taken a somewhat unusual approach to ensure that the national cause and football dreams continue to burn brightly, side-by-side – its Early Enlistment Bond.

The bond that was launched in December 2020 will see trainees enlist after completing secondary education, under Singapore’s Voluntary Early Enlistment Scheme.

The aim: for young footballers in the Academy’s scholarship programme to fully immerse themselves in the rite of passage for Singaporean males before turning their full attention towards pursuing lofty football dreams.

It is an approach that aspiring professionals Yasir Nizamudin, Marcus Mosses and Uvayn Kumar have embraced, as they enlisted as full-time National Servicemen (NSF) on Monday (28 March). 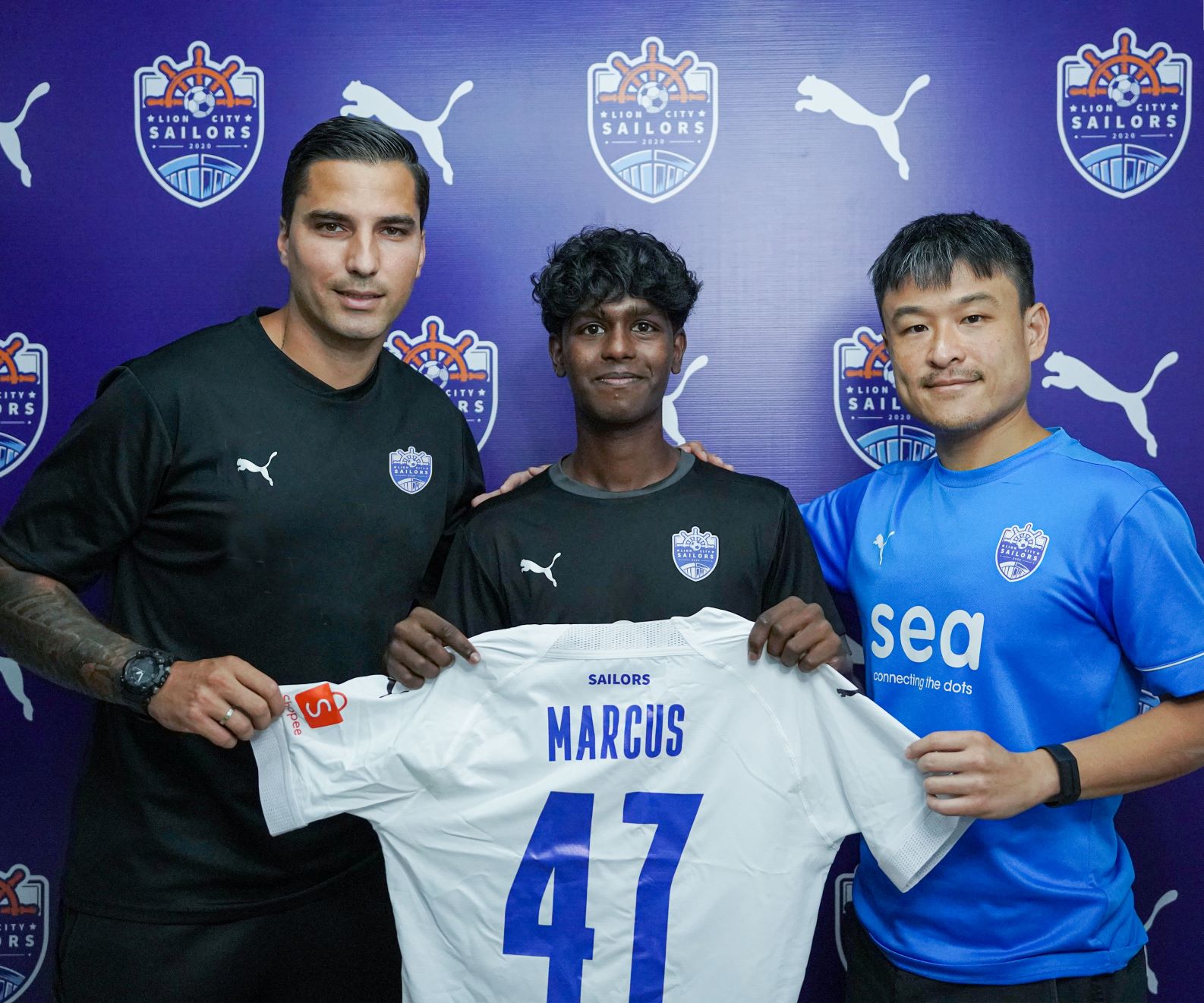 The trio who were all born in 2005, have taken up the Academy’s Early Enlistment Bond and have moved to enlist immediately after completing secondary school to commit to their duty as Singaporeans for the next two years.

The Academy has put in place personal training programmes aimed at ensuring their enlisted trainees maintain a level of physical conditioning that will ease their eventual return to the elite level of the sport, while staying engaged with the various NS units to monitor the progress of these NSF-athletes.

When they return to football, they are assured two-year professional contracts with the club, and will train for and compete in competitions stipulated by the club, including the Singapore Football League, as they knock on the door of the Sailors’ first team – all this while they continue tertiary studies sponsored by the Sailors.

These trainees may also be sent abroad for training stints and professional trials.

The trio are the second batch of the Academy’s elite trainees to do so under the programme, and they took time out to discuss their big decision before they enlisted on 28 March. 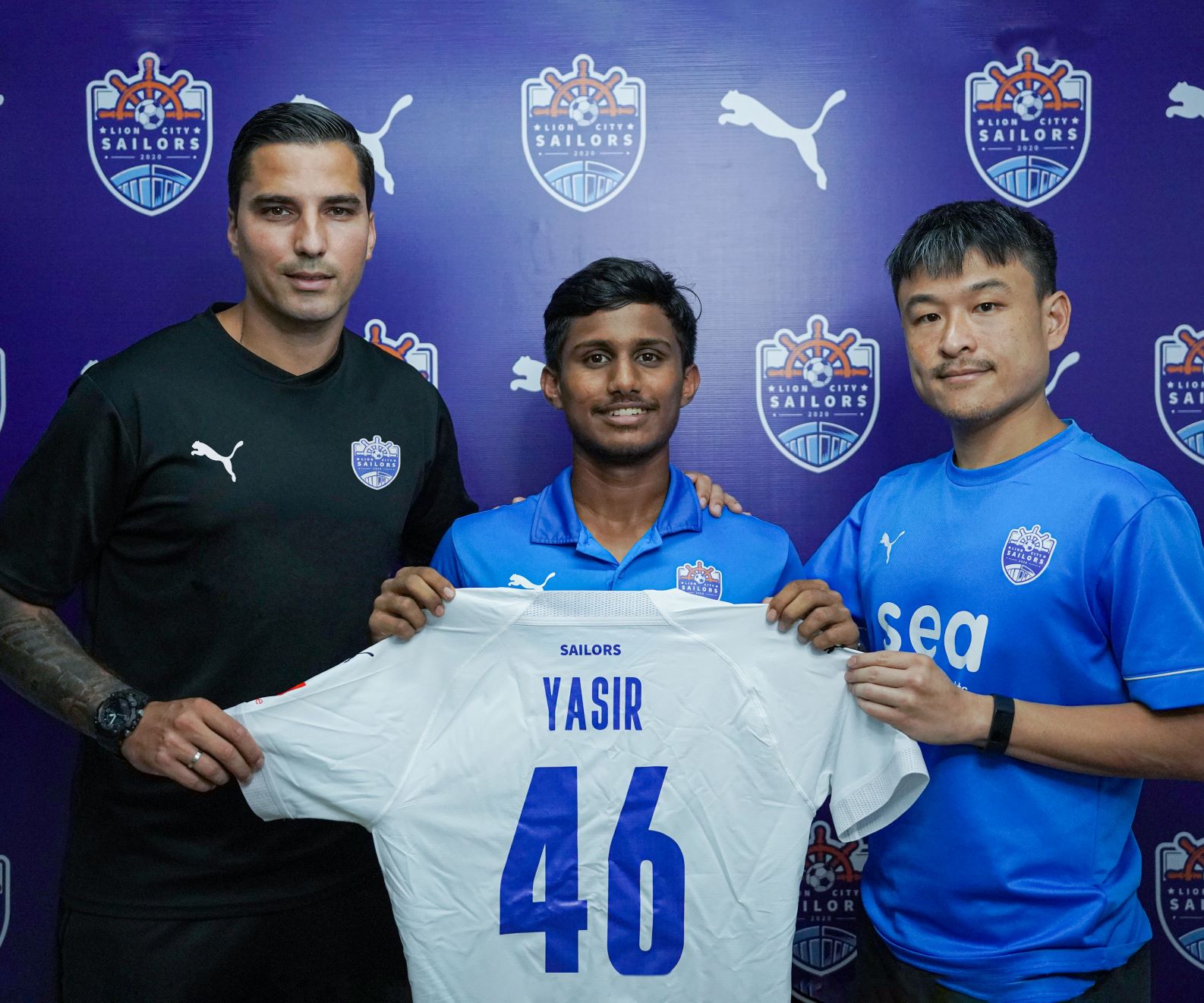 “Actually my mum would have preferred me to go to a junior college (JC) first because she’s worried I would lose interest in studies after NS, but I convinced her that I will continue to pursue academics after my ORD (operationally-ready date),” said Yasir, who graduated from Victoria School with an L1R5 (first language and five relevant subjects) score of 12 in his O-levels, a score that would qualify him for a local JC.

“No matter which pathway I take, I’m certain I’ll eventually still study and get a degree because it’s clear how important qualifications are in our country.

“Coach (and Academy Technical Director) Luka Lalić spoke to my parents and me, and that’s when we realised that if I opt for early enlistment, I will have more time and focus to grab football opportunities that come my way later,” he added.

In a similar vein, Marcus and Uvayn chose early enlistment instead of entering the Institute of Technical Education (ITE) after completing their N-levels as originally planned. 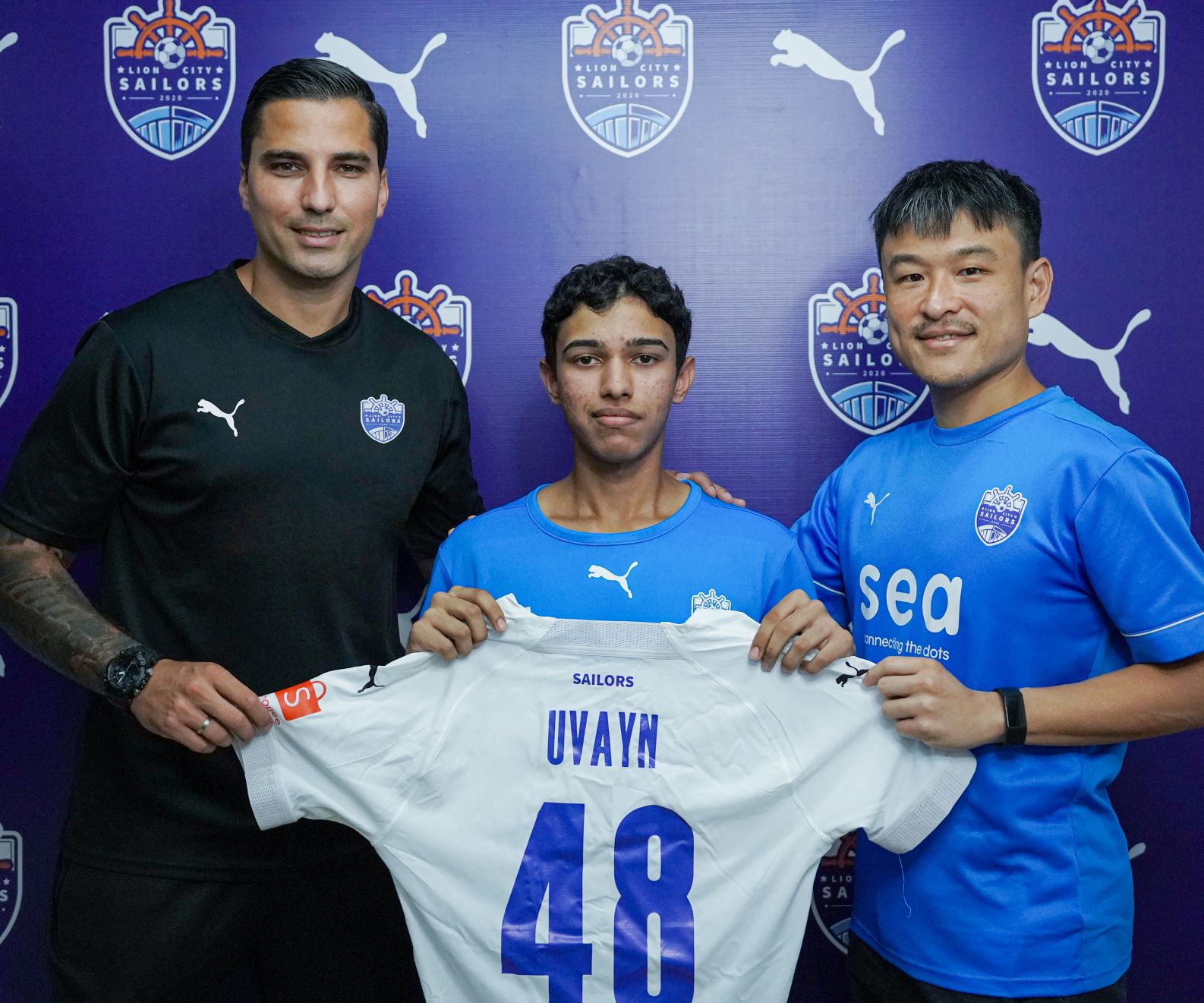 “The main goal of doing this is so that I can fully focus on my football from when I’m 19 years old onwards. My parents were initially reluctant, to be honest, but when I explained how it would help me, they readily gave me their fullest support,” explained Uvayn.

“At age 21 or 22 where people are starting to enlist, we’ve already done our duty to the nation. It frees us to take overseas opportunities with both hands and fully commit to football,” added Marcus.

But taking the road less travelled comes with its own challenges – and fears.

“Coach (and Academy General Manager) Tan Li Yu spoke with us and shared how the previous batch of boys are managing things. There will always be that element of fear going into a new environment, but we’re also excited and keeping an open mind to learn new things while we’re in NS,” said Yasir, a central midfielder.

“There is a common gripe that NS hampers the development of a professional sportsman. But we believe there can be several positive effects too. For example, these two years of NS can help the boys mature, go from boys to men as it were, as well as instil more discipline in them,” said Academy General Manager, Li Yu.

Yasir, Marcus and Uvayn have grown as young footballers at the Academy, and are determined to make sure that all the hard work put into football will continue – even if NS takes prime spot in the next two years.

“Every Singaporean male will have to go through NS, and I don’t think it should be an excuse for our football development to stop. With the support of the club – along with our own discipline and motivation – we can use the time we have outside of our duties to practice and maintain our levels – and maybe even improve,” said Yasir.

“The coaches at the Academy have cultivated the mindset of continuous improvement in us, and I intend to lean on this while I’m doing my duty to Singapore.”

Marcus, a left-footed centre-back, scouted from the ActiveSG academy, agreed. He said: “I’ve been at the Academy for only slightly more than a year (since February 2021), but the support that we’ve received in terms of training, development, and even allowances, has been tremendous. 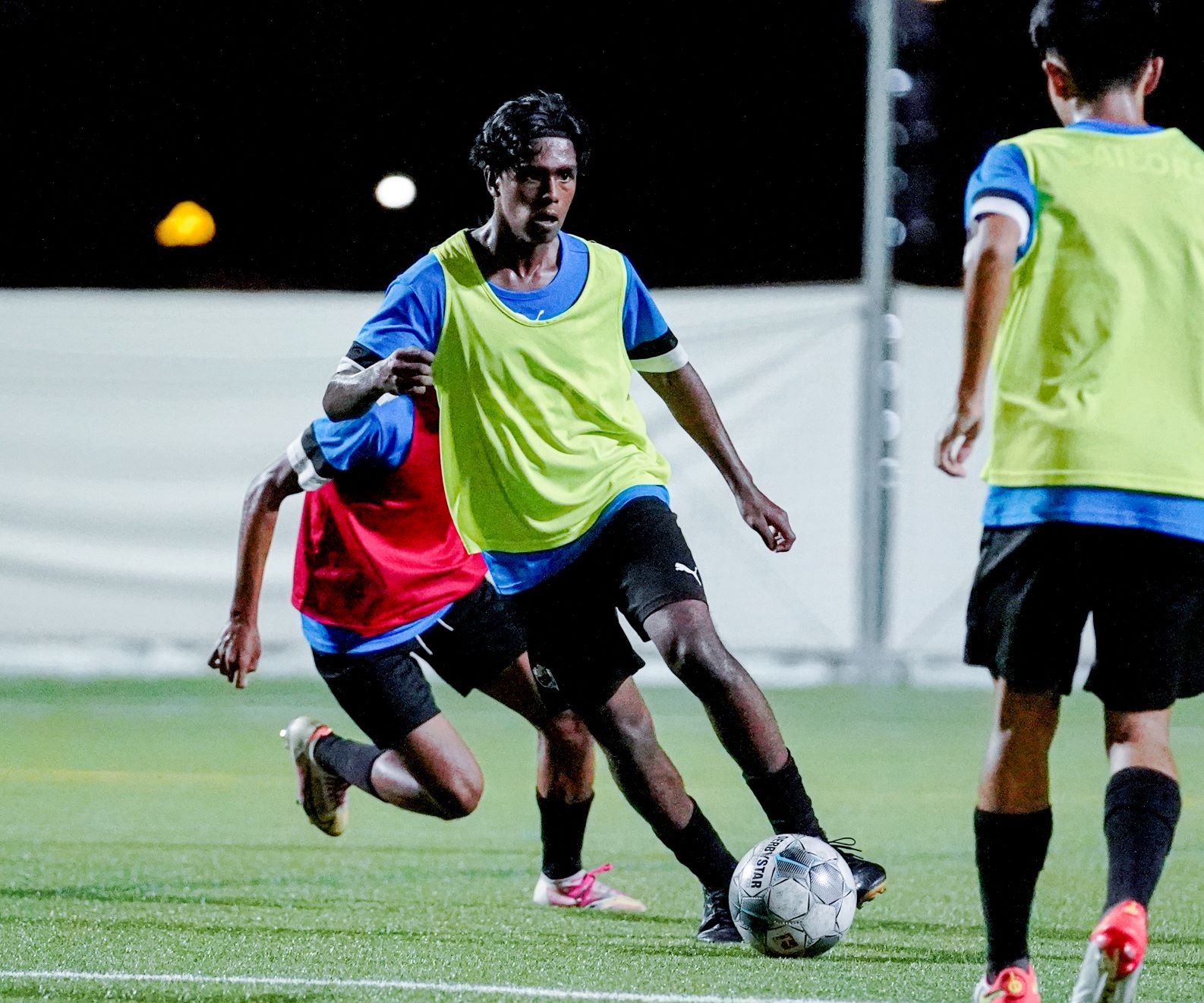 “We don’t take things for granted. I give it my all every single day in training and put on my best performance because I want to benefit and learn from our coaches who come from the best academies in Europe.

“This is the same approach I believe Yasir, Uvayn and I will take with us when we enlist.”

Said Li Yu: “We have taken this approach, in alignment with the existing National Service system, to give the Academy’s best talents the best possible chance of pursuing a career in football abroad.”

“We are very clear to these players: during these two years of full time NS, they are soldiers first and footballers second. It’s a duty to our nation they must fulfil, before going full steam ahead in football when they are done.”