As he trudged off the Our Tampines Hub pitch after a 34th-minute sending off, Pedro Henrique gave an apologetic wave to the visiting Lion City Sailors fans as he dragged his feet into the dressing room.

Handed a straight red for tugging down Geylang International Croatian forward Šime Žužul, the towering Brazilian centre-back’s absence on the pitch proved crucial as the 10-man Sailors eventually went down 1-0 to the Eagles in the 4 March Singapore Premier League (SPL) fixture.

It was their first loss in 21 competitive outings.

Having to watch from the sidelines as Kim Do-hoon’s men ground out a 1-0 win over Tampines Rovers and a 1-1 draw against Albirex Niigata (S) while he served out his two-match suspension, Pedro is chomping at the bit to get back to action for the Sailors, acutely aware that he now has a fight on his hands to secure a return to the first eleven. 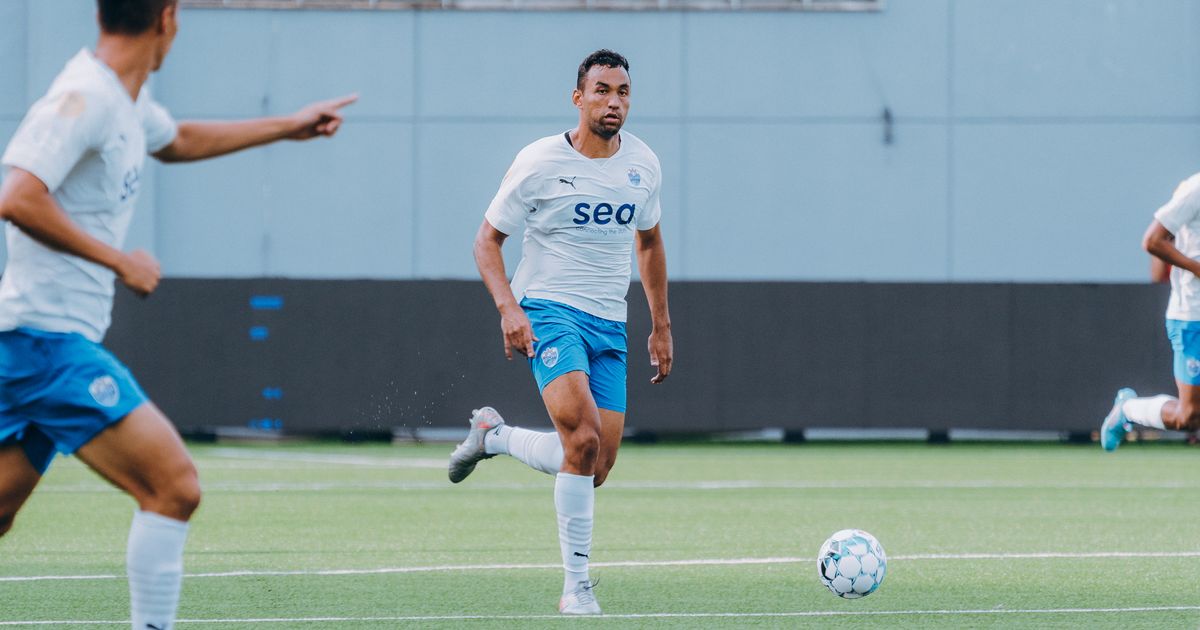 “After reviewing the video I feel that I should not be sent off, but I have to admit I made a mistake,” reflected the 29-year-old. “No player likes to be sent off and miss games – I’ve played professional football for 11 years and that was my third red card – but that’s now over and I have to focus on the present and future.

“Being on the sidelines has made me more motivated to come back stronger and help the team. I know the team has done well without me, so I know it’s not easy for the coach to put me straight back in.

“The key for myself is just to get ready and do my best possible, to regain my spot. I just need to prepare myself properly and make sure I’m in the best condition to perform when Coach makes the call.”

Pedro has impressed in his first couple of outings for the Sailors in a 2-1 Community Shield win over Albirex and a 3-1 defeat of Hougang in their opening SPL game of 2022. But the dismissal and two-match ban disrupted what has been a promising start to his career in Singapore. 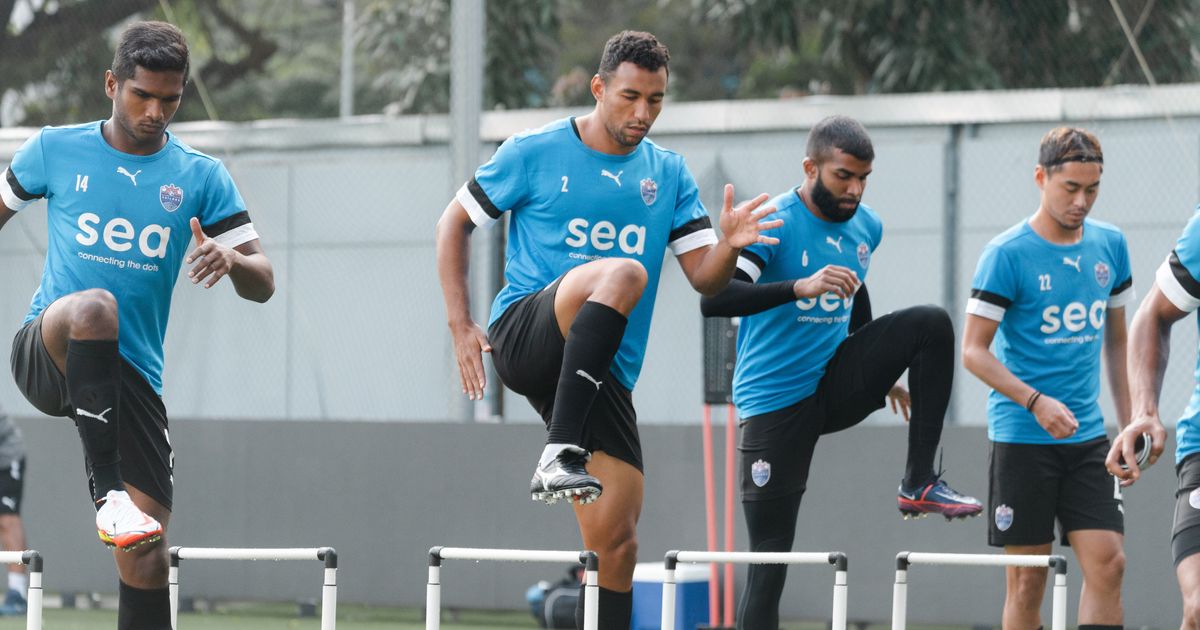 Now settling in well and acclimatising to life in the Lion City with the help of compatriot Diego Lopes and interpreter Nelson, the former Vitoria Guimaraes captain is looking forward to get back into gear as the Sailors host a tricky Balestier Khalsa side at Jalan Besar Stadium on Friday night (1 April).

While the Sailors are unbeaten against Balestier in the five encounters since their 2020 inception, the Tigers class of 2022 could prove to be tough opponents with their Japanese attacking trio of Ryoya Taniguchi, Kuraba Kondo and Shuhei Hoshino.

“We did play a friendly against them in pre-season, so we know the quality of their players and how dangerous they can be,” said Pedro, who previously plied his trade in the Portuguese and Brazilian top tiers. “While we know their threat, we just have to focus on playing the football that Coach Kim wants us to play and I’m sure that’ll bring us good results.

“Our team has shown a strong will to win every game and the desire to play the attacking football that the fans love to see – that will never change for us.” 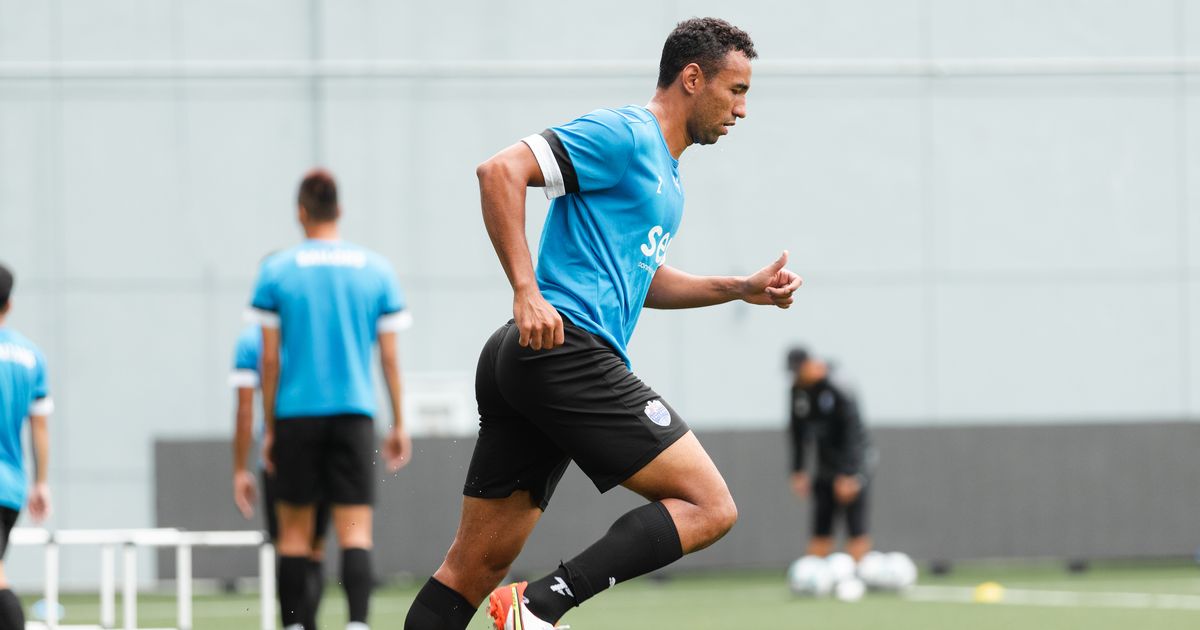 The Balestier game kick-starts a busy and important April with two more SPL games in quick succession – against Young Lions next Wednesday (6 April) and Tanjong Pagar United three days later (9 April) – before the Sailors head to Buriram, Thailand, where they will have to navigate six games in a period of 15 days against quality opposition like Urawa Red Diamonds, Daegu FC and Shandong Luneng in their maiden Asian Football Confederation (ACL) campaign.

With Singapore national team representatives like Song Ui-young, Shahdan Sulaiman, Hariss Harun and Hassan Sunny coming off the back of strong performances for the Lions in the recently-concluded FAS Tri-Nations Series 2022, Pedro believes the Sailors are primed to excel on both fronts and build on what has been a mixed start to the season as the team lies third in the table with two wins and a draw from their opening four games.

“I’ve been really impressed by how my teammates performed for the country and it’s my honour to be playing alongside these players. The league is very competitive this season for sure, and everyone wants to beat us because we’re the defending champions, but I know our boys have what it takes to rise to this challenge,” he elaborated.

“We’re always trying to improve as a team and we know for sure we can play better football than what we’ve been producing so far this season. But the primary aim is of course to pick up all nine points in the league, so that we can go to the ACL full of confidence.”