The Lion City Sailors welcome three additions to the club’s growing backroom crew, as the club looks to continue to strengthen existing capabilities beyond the 2021 Singapore Premier League (SPL) season.

The trio come with football pedigree from across Asia and Europe.

Myung will take on the role of Assistant Coach, while Kim Young Kwang is a Video Analyst.

Firdaus Maasar, the third addition to the Sailors’ crew, cut his teeth in English football, providing sports science support to English Premier League giants Liverpool, as well as Wolverhampton Wanderers and Huddersfield Town. He then served as a Football Physiologist at Qatar’s Aspire Academy – one of only three top-rated (three-star) AFC Elite Youth Academies in Asia – before signing up to the Sailors’ project, as the club’s Physiologist.

The Lion City Sailors Football Academy is a one-star AFC Elite Youth Academy, the only AFC-accredited academy in Singapore.

The Sailors take on Young Lions at the Jalan Besar Stadium on Sunday evening (12 Sep), and the trio will join the fray immediately, to provide a boost in Kim’s men push for the club’s first ever SPL title in the final five games of the season.

The Sailors are five points adrift of leaders Albirex Niigata (S) with a game in hand. And with the White Swans hosting Geylang International on Saturday, 24 hours before the Sailors face Young Lions on Sunday, the gap could potentially grow larger before the Sailors next take to the field.

Myung is looking forward to the christening.

“The Sailors project is wildly exciting, and I’m delighted to have the opportunity to help build something as ambitious as this,” said the man who won the Korean FA Cup as a player and as a coach.

“I’m excited to work with Coach Kim again, and believe that together we can bring on-field improvements and success to the Sailors as we’ve done in the past.”

Fellow South Korean Kim Young Kwang is no stranger to Singapore football – he was a forward with SPL side Balestier Khalsa in 2011, scoring 8 goals in his solitary season here – and he’s looking forward to achieving success in Singapore. 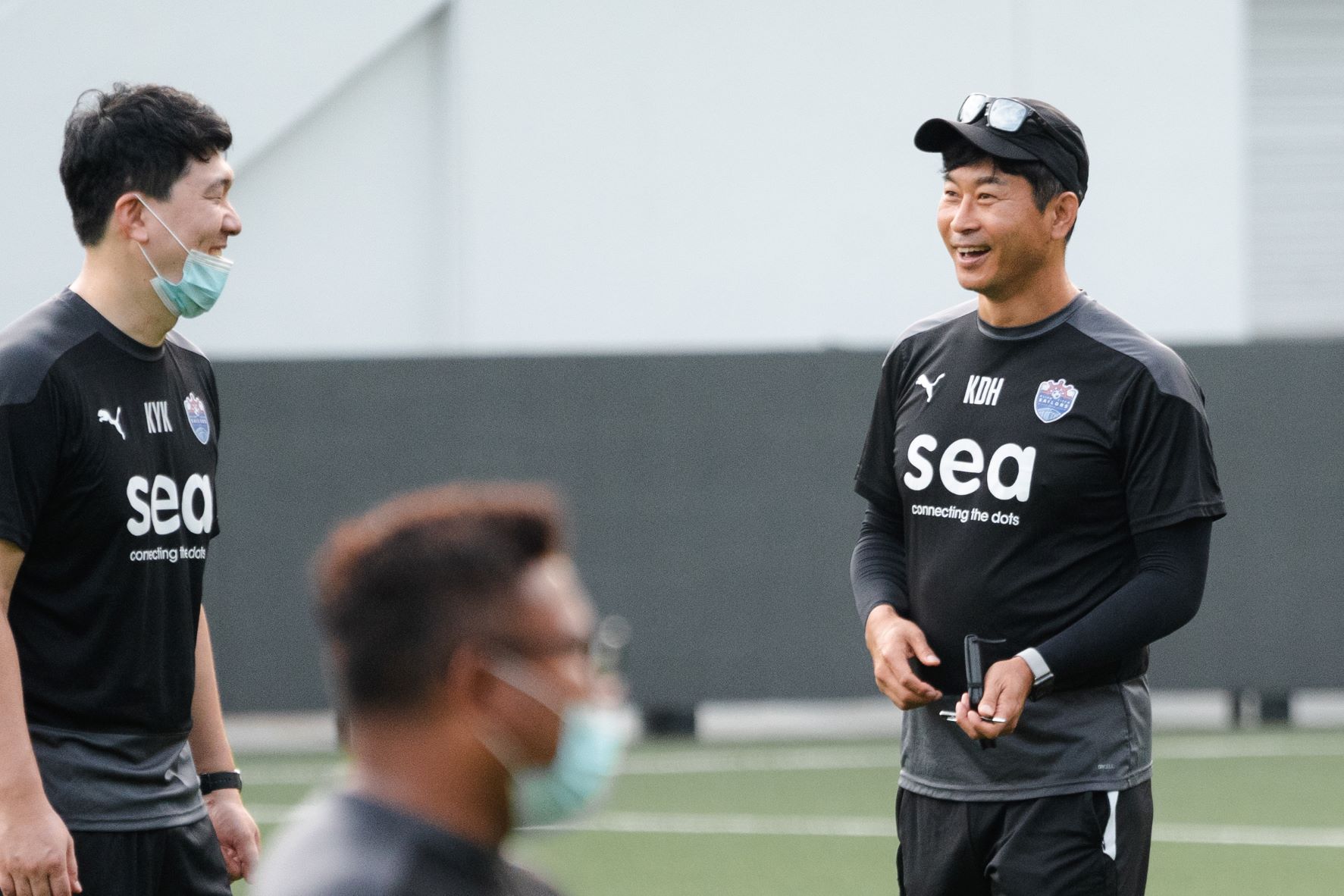 “I have many good memories of Singapore and the league, and I’m very happy to be presented with another chance to win something here, even if I cannot help on the pitch any more,” said the 34-year-old.

“These last five games are important for us and our aim of winning a trophy this season, but my work goes beyond that, to helping the club raise levels in the long run.”

Firdaus still gets teased about the photograph of him on the job at Liverpool with Egyptian star Mo Salah, and he hopes that his work with the Sailors can inspire a similar reaction in the future, especially with the club’s philosophy of excellence already in place.

“The experience of giving sport science support to English Premier League teams was invaluable, and not just because I had the opportunity to work with top-level footballers in a world class environment, but also because I had to step up to match the level of excellence required of every single person in the organisation,” said the 35-year-old.

“I see a very similar approach here at the Sailors, and I’m excited to be able to bring my experience to help establish a similar system here.”

LCS Chief Executive Chew Chun-Liang is similarly excited, looking forward to what the trio will bring to the table, in the Sailors’ quest for football excellence in Singapore.

“It’s important that we continue to attract top level talent to the club as we aspire to success both on and off the field. These talents we bring in are not just to drive success at the Sailors, but also to help us build and grow local talents and capabilities in their respective areas as we aim to spark a change in Singapore football,” said Chun-Liang.

“All three of them bring different skills with them, and we are confident that in the long run, they will contribute greatly to our cause. What we’re crossing our fingers on, is that they will have an immediate impact, and help drive us to the SPL title this season”