Lion City Sailors interim Head Coach Luka Lalić heaped praise on Yasir Nizamudin and Danie Hafiy after the duo got an assist each in the Sailors’ 7-2 reverse to Borussia Dortmund (BVB) at the Jalan Besar Stadium on Thursday (24 November).

Part of the Lion City Sailors Football Academy, Yasir and Danie as well as Izrafil Mohamed – who took up the Academy’s Early Enlistment Bond – were drafted into the matchday squad and they came off the bench to make an impact.

“The highlight for me was seeing the Academy players assist the goals we scored. They deserve to be called up and we got to see what they are capable of,” said Luka, also the Technical Director of the Sailors Academy.

“My focus since joining the club was to develop the youth as best as I can and this is a decent start, which proves that there is talent in Singapore.” 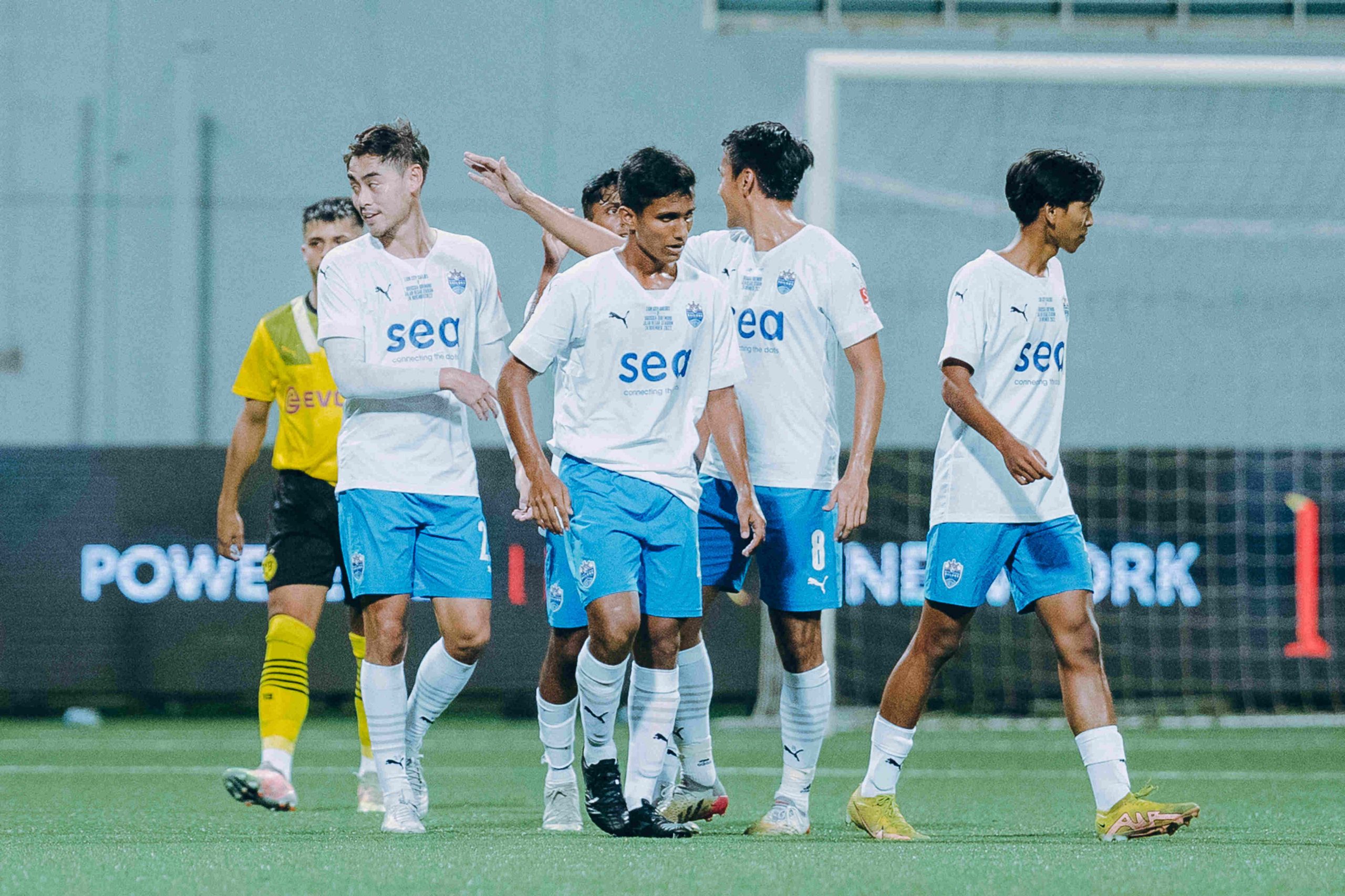 Up against a side led by Emre Can and company, the Sailors nearly got off to a dream start but Saifullah Akbar’s cheeky lob after four minutes was chalked off for offside.

It was all BVB thereafter, with Sailors debutant Adib Azahari being kept busy by the eight-time German champions who peppered his goal with shot after shot.

The deadlock was eventually broken on 32 minutes when Donyell Malen’s cross took a slight deflection off the unlucky Amirul Adli before trickling into goal. 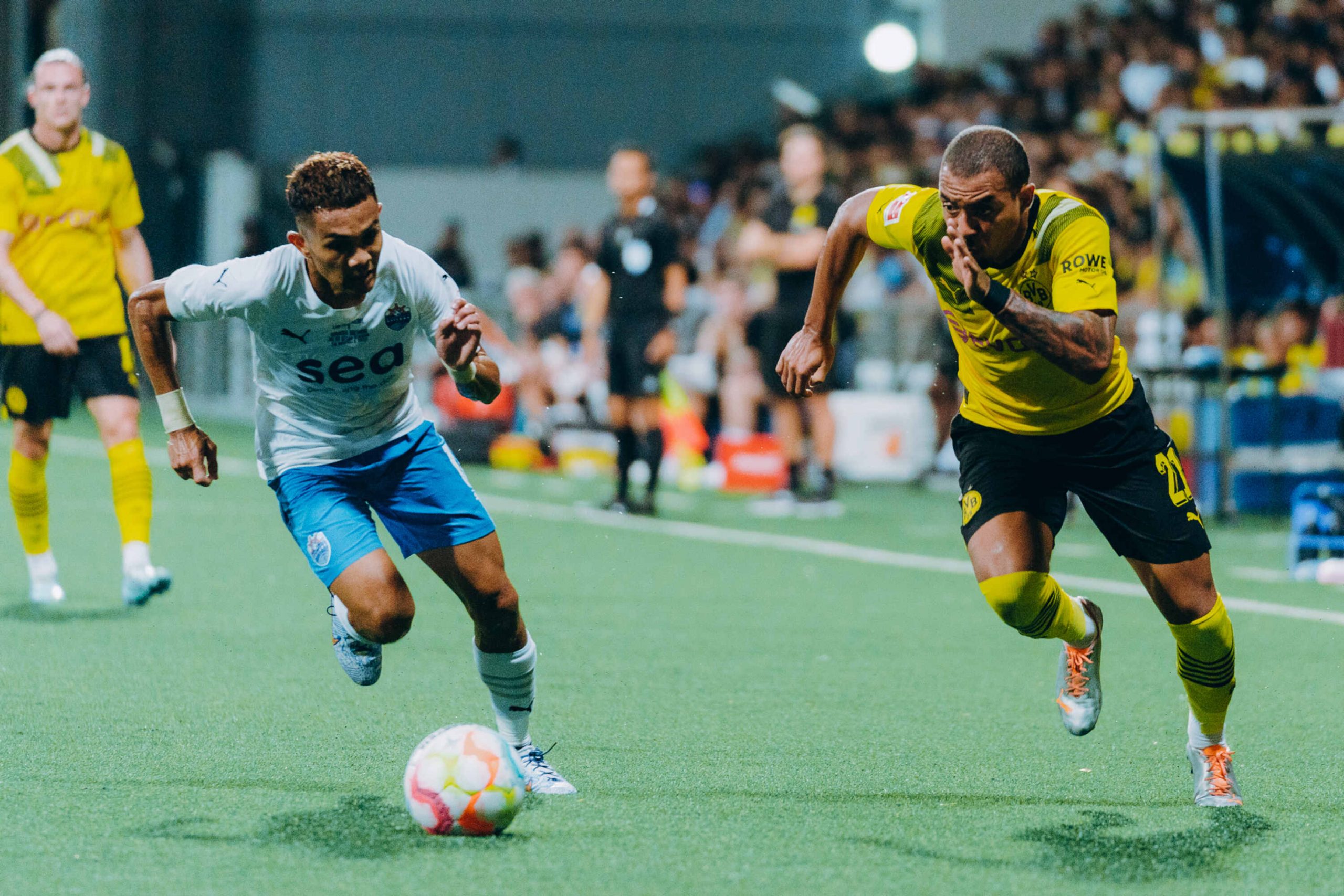 In what was his final contribution of the evening, the 23-year-old then added his second of the night on the stroke of half-time before being replaced at the break.

The second-half was all about the substitutes as both sides rang wholesale changes.

Sandwiched between a pair of goals from Samuel Bamba, Gabriel Quak’s left-footed strike in the 67th minute gave the Sailors fans something to cheer about.

Released by a well-measured pass down the middle by young Yasir, the fleet-footed Gabriel cut inside his man and drilled an effort that Marcel Lotka failed to keep out at his near post. 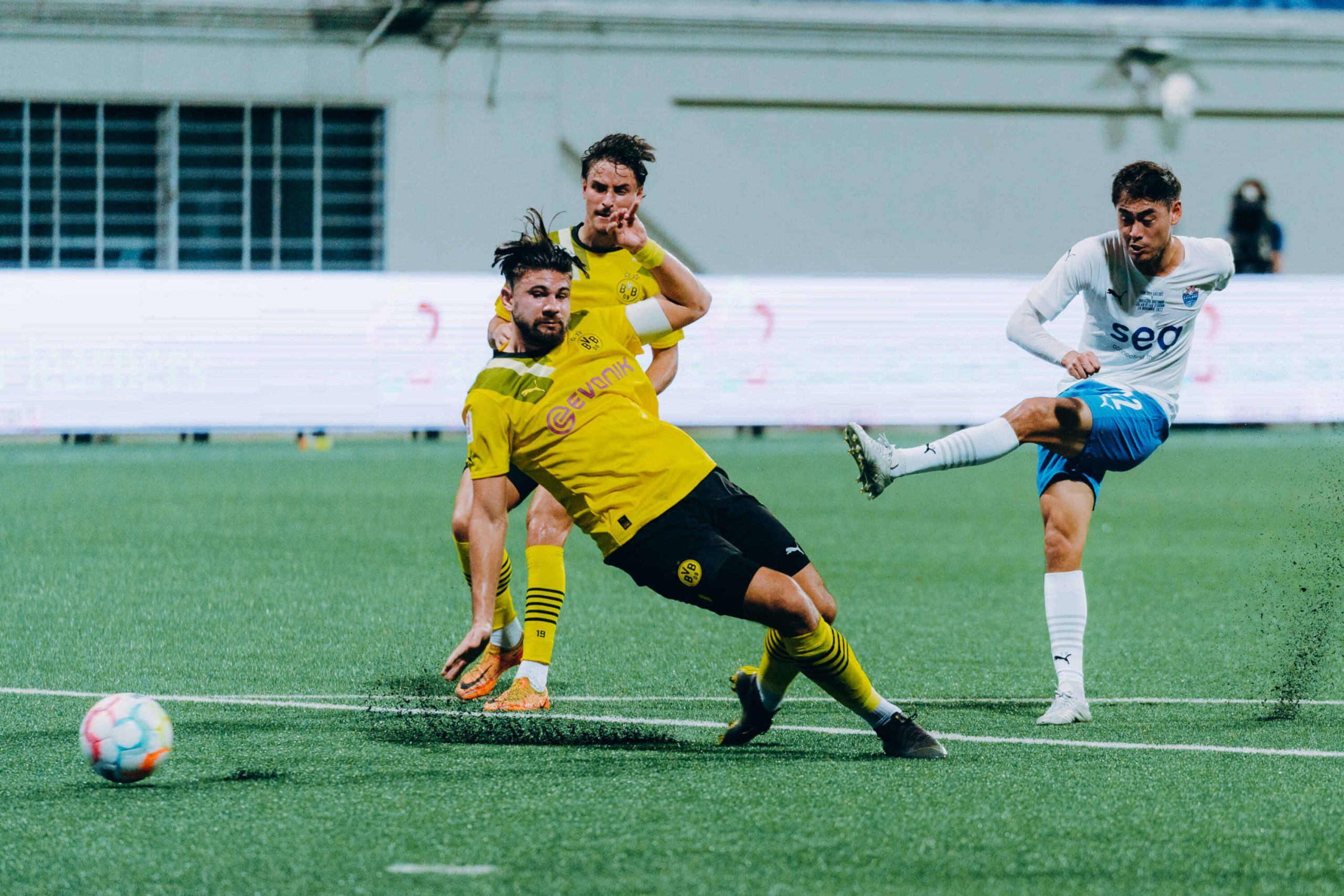 BVB’s Julian Rijkhoff and Justin Njinmah added further goals on 85 and 87 minutes respectively, before Faris Ramli got on the scoresheet with a sublime strike in second-half stoppage time.

Having been on the pitch for a mere 10 minutes, Danie sent Faris free with an accurate pass over the top and the latter proceeded to curl home beyond a hapless Lotka.

“I decided to give the ball to Faris after seeing the space in front of him. I really can’t describe the feeling when I saw him get the ball, cut in and score,” 17-year-old Danie recalled.

“When I left my (military) camp in the evening for the game, my camp-mates didn’t believe me when I said I was going to be playing against BVB, but now they will.”

Despite the scoreline, Luka was pleased with the team’s attacking transition on the night.

“Although we could have scored more, it was nice to see that our players were able to get past the BVB press a few times as well,” the 35-year-old added.

“There’s potential in the team and I felt that some of our players could match our opponents individually.” 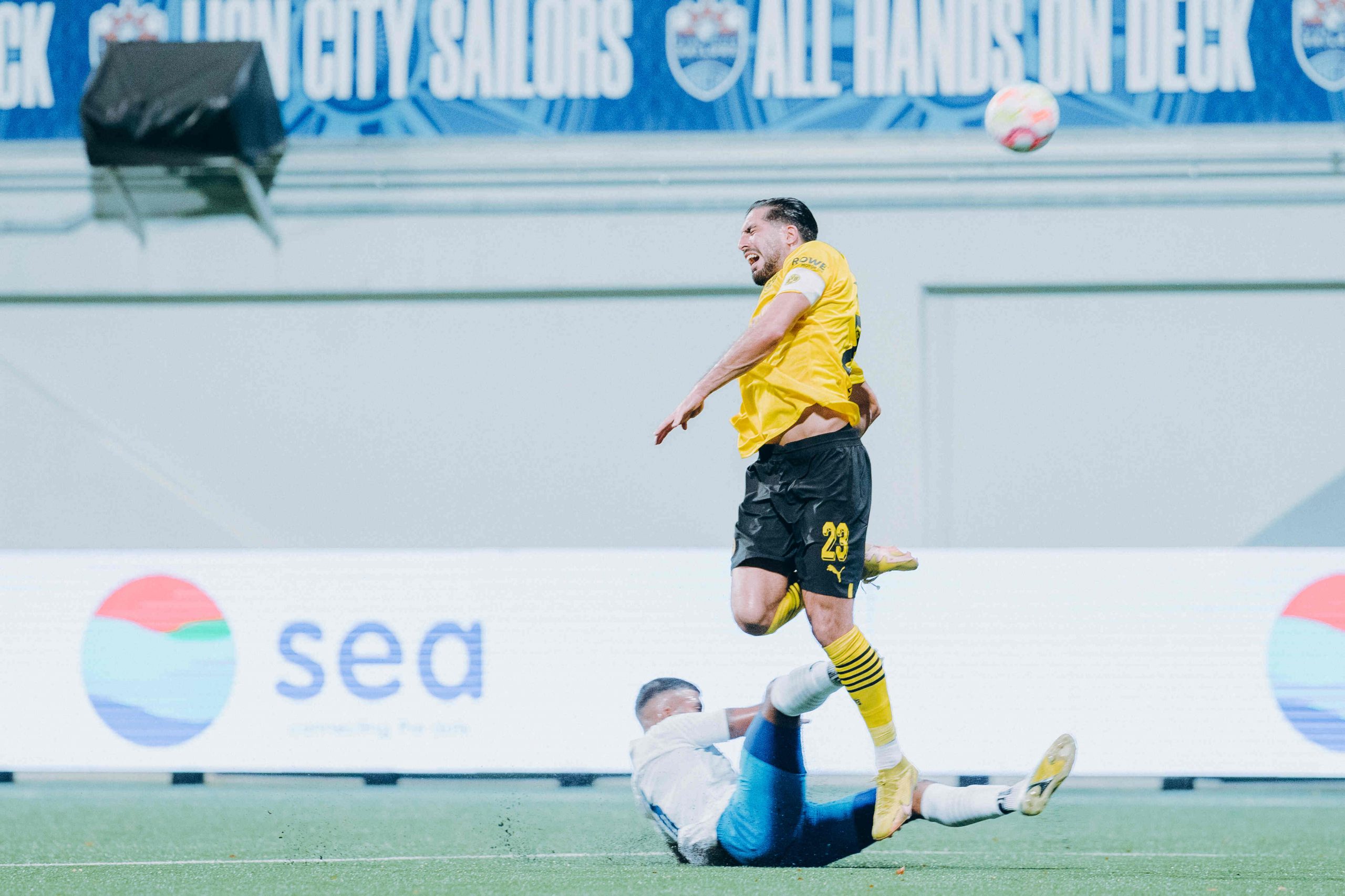 “As a team, we told ourselves that we would go out there and fight for the club and each other,” the Singapore international said.

“We competed well in the opening half-hour, but they took their chances and scored. We always look forward to playing in high-level games like this and I really enjoyed the experience.”

BVB Head Coach Edin Terzić was meanwhile delighted with what he saw from his charges.

“Having only arrived three days ago, it was a professional performance overall and we are happy to finish this game without any injuries,” said the German, whose side will continue their Southeast Asia Tour with trips to Malaysia and Vietnam next.

“I hope the spectators in the stadium were happy after witnessing nine goals. Some of our younger players were on the scoresheet and these were moments to remember.”

In the Celebrity curtain raiser, Team Sheikh Haikel ran out 5-1 winners over Team Fauzie Laily – in a game which featured the likes of ex-internationals Lionel Lewis, Aleksandar Duric, Isa Halim and Noor Ali.